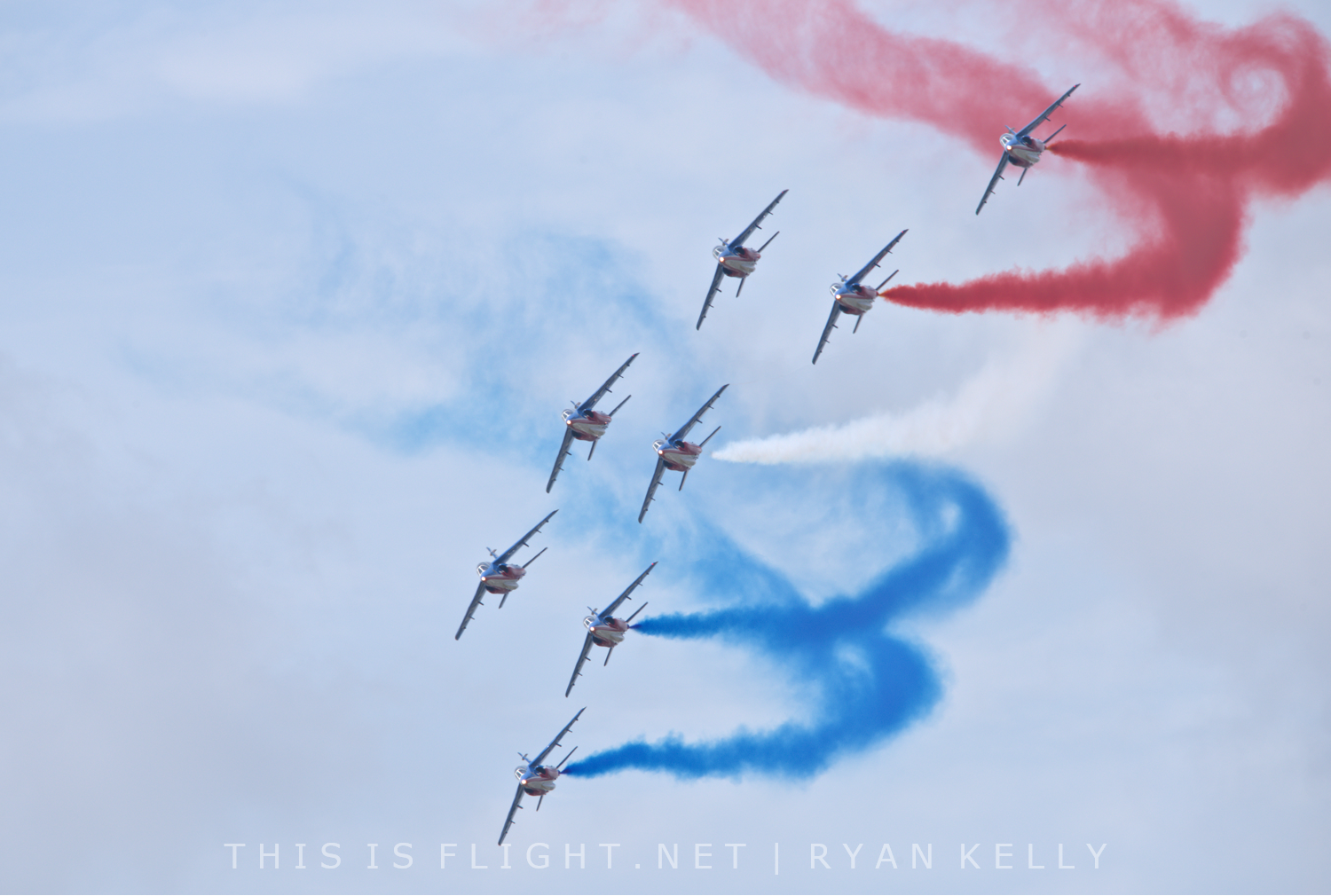 The French Air Force has had an official aerobatic team since the Patrouille d’Étampes was formed in 1931, flying three MS.230 monoplanes. The team went through several phases, at one point performing with twelve SV-4 Stampes, and later four Republic F-84G Thunderjets. While performing in that guise in Algeria in 1953, the name Patrouille de France was coined; this became the team’s official name later that year.

In 1957, the team transitioned to the Dassault Mystère IV, but was dissolved in 1964 due to budget constraints. The Patrouille de l’École de l’Air, another French Air Force team flying six Fouga Magisters and based at Salon-du-Provence, gained the title Patrouille de France instead. In 1981, the Patrouille switched to the Dassault/Dornier Alpha Jet, flying seven jets initially and increasing to eight in 1982.

In 2009, the Patrouille de France became the first military aerobatic team to be commanded by a woman, when it was lead by Cmdt. Virginie Guyot.

The Patrouille de France’s display routine changes every year and is among the most sophisticated of any aerobatic team. The team is split into two groups: the Box Avant (Athos 1-4) and the Box Arriere (Athos 5-8). The first half ot the display sees all eight aircraft performing graceful eight-ship aerobatics with frequent formation changes. Uniquely, at one point they also typically break into their two groups and perform simultanious, synchronised four-ship aerobatics. The second half of the display sees the two groups performing seperately, and flying more dynamic manoeuvres. Broadly speaking, the Box Avant fly four-ship formation manoeuvres while the Box Arriere fly a mixture of more complex aerobatics, splits and crossovers either as a four-ship or in pairs. However, on several occasions per display, two or more aircraft from the Box Avant join the Box Arriere for six- or eight-ship bomb bursts.

The display particularly makes use of the Alpha Jet’s excellent roll characteristics, featuring aircraft performing aileron and barrel rolls at various speeds and in varying combinations, while flying in extreme close formation.

Red, white and blue smoke is used throughout. Each aircraft can produce two smoke colours: white, and either red or blue. During the display, Athos 1, 2, 6 and 8 smoke blue, while Athos 3, 4, 5 and 7 smoke red.

The Patrouille de France has had 12 major accidents since 1953, of which eight were fatal. 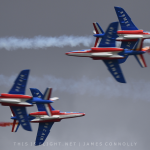 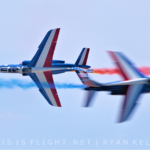 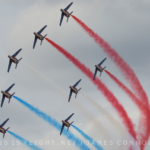 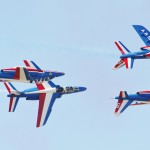 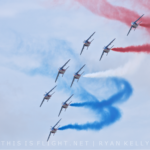 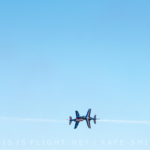 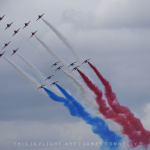