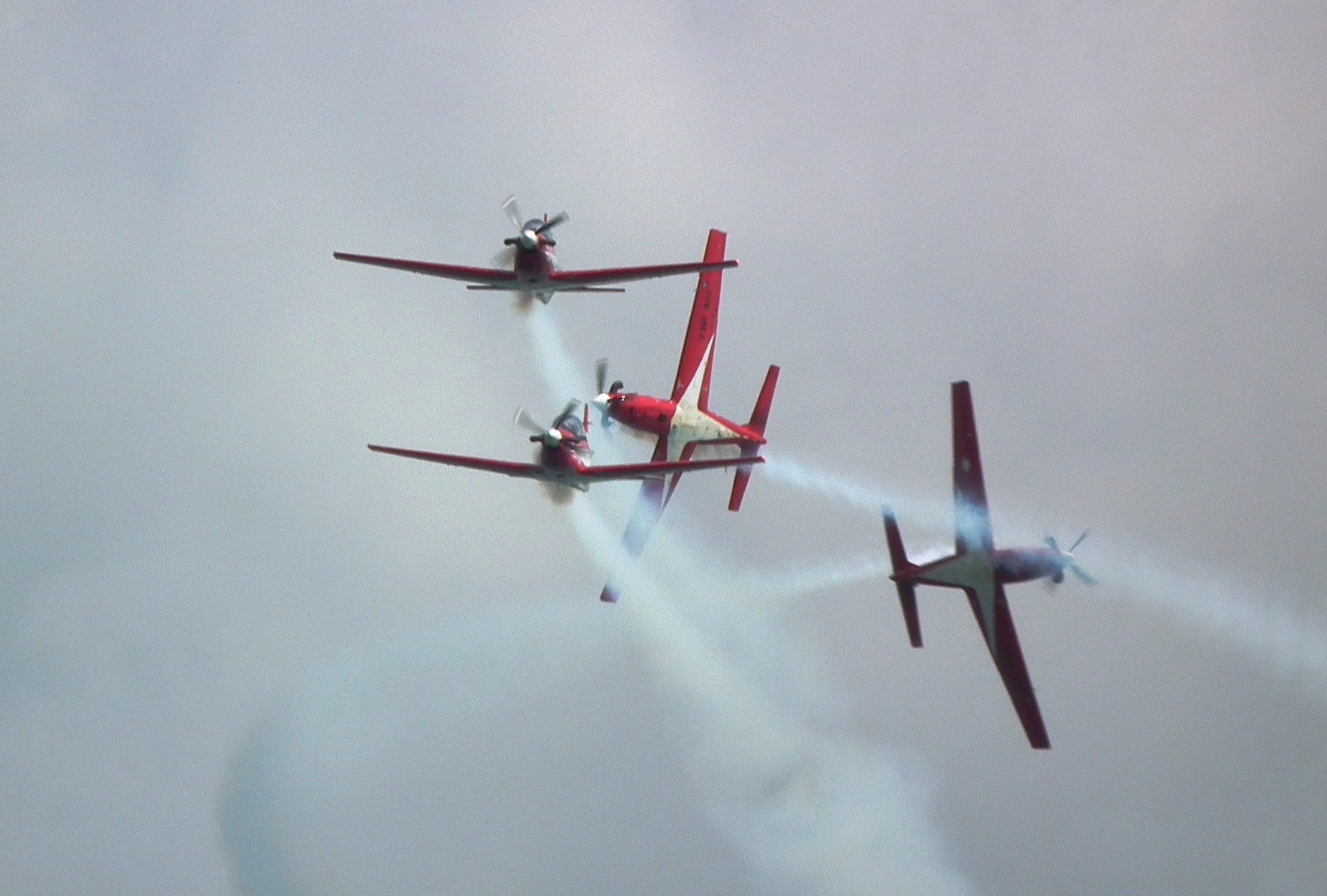 The team have performed internationally several times, including at most recent editions of LIMA in Malaysia, as well as in Singapore, Thailand and Brunei. The team performed a “friendship flight” with the Black Eagles at LIMA 2015, as the two teams are the only ones in the world to use Korean-built aircraft.

The display begins with several minutes of basic six-ship aerobatics before the two solo pilots split off for a series of opposition manoeuvres. The rest of the display consists of alternating four-ship, two-ship and solo aerobatics, following which the aircraft reform to close the display with five and six-ship manoeuvres. The display includes a number of crowd overflights and has to be extensively modified in other countries.