The Global Stars is a British civilian aerobatic team lead by champion aerobatic pilot Mark Jefferies. The team use a variety of aircraft, mostly in the Extra 300 family. Other regular pilots include Tom Cassells, Mike Pickin, Steve Carver, Chris Heames and Chris Burkett. Joel Haski and Patty Wagstaff have also flown with the team. Although popular in northwest Europe, many of the Global Stars’ displays are in China and the Middle East. 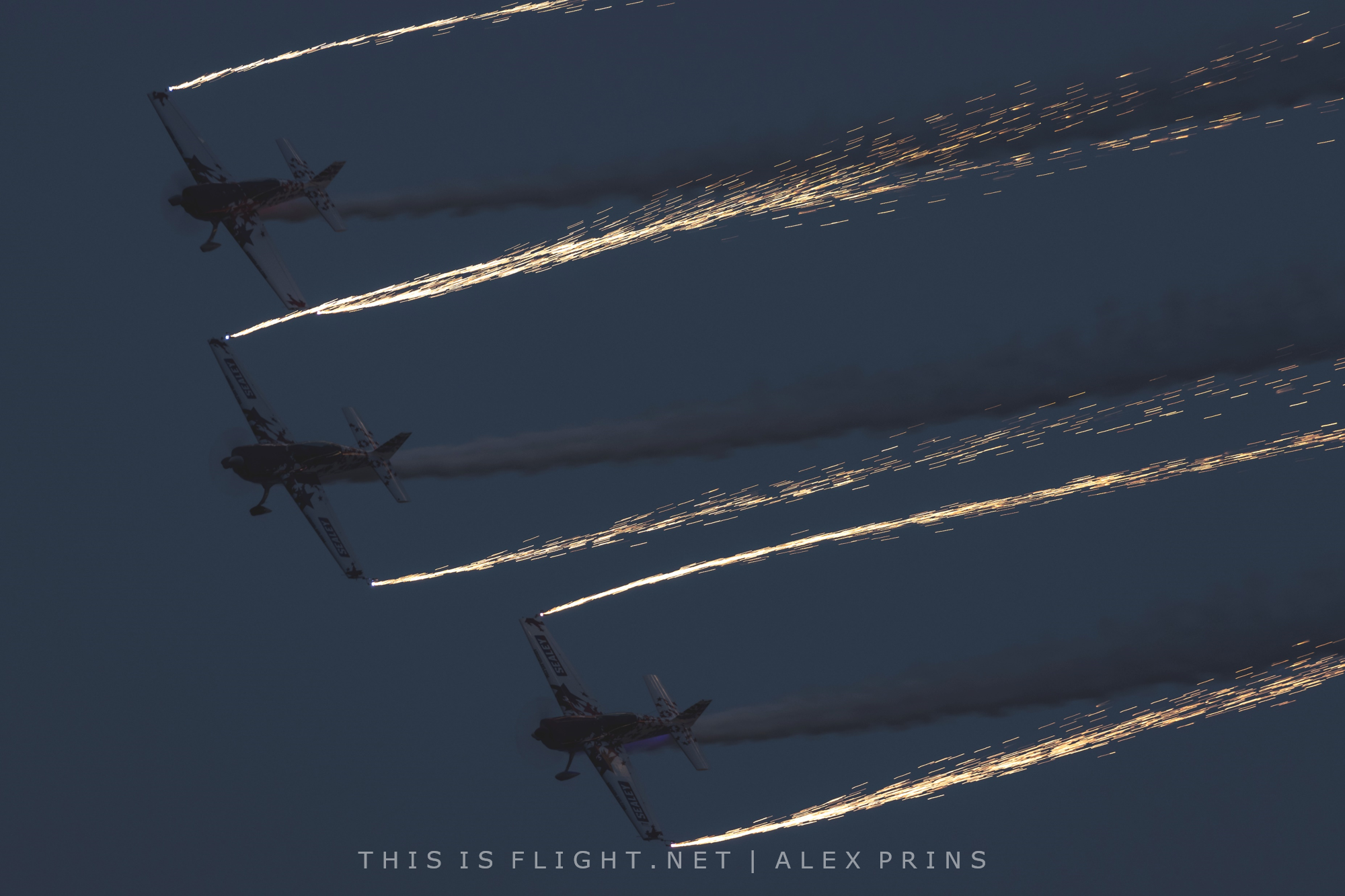 The Global Stars typically fly displays as a four-ship. The bulk of the display comprises classic formation aerobatics, with the team’s trademark figure being the Looping 270. Later in the display, the team break into smaller groups for two-ship synchronised aerobatics, opposition passes and unlimited solo aerobatics.

The team can also fly as a solo, two, four, five or six-ship team. Their first five-ship show was at the Sichuan Airshow 2019 in China. The display consisted mostly of five-ship formation aerobatics, following which the team break into a pair and a trio and perform for a short time in their smaller groups.

At the same show, the Global Stars performed a five-ship pyro display, making them the world’s largest pyrotechnic-capable airshow team. The team’s pyrotechnic display consists almost entirely of four or five-ship formation aerobatics, often followed by the team’s speciality, the Pyro Pylon Run. This sees aircraft weave between columns of fireworks set off from the ground.