For over 30 years the Fort Worth Alliance airshow has been thrilling crowds, returning this year in a hybrid format that offered both drive-in viewing and chalet options to see the displays, but changes to the site layout, which pushed the crowdline back behind trees and buildings, certainly had an impact on this year’s event.

Thursdays was the kickoff media day with the Blue Angels arrival. Those with Media passes were given up-close viewing on the ramp where they park as they taxied in. The Blue Angels, along with the F-16, A-10 and C-17, staged from the north end of the airfield, with the crowd positioned further south. Thus, the show really had a remote feel to it, even though it was all on the airport grounds.

The Blue Angels flew three times on Thursday, including their circle and arrival and a full practice. Flying the Super Hornet has not changed much of the routine, though talking to the pilots it has given them more power and more advanced flyby wire controls. Fat Albert would not arrive until Saturday evening due to a maintenance issue. The A-10 Demo Team’s specially painted aircraft also did not arrive. 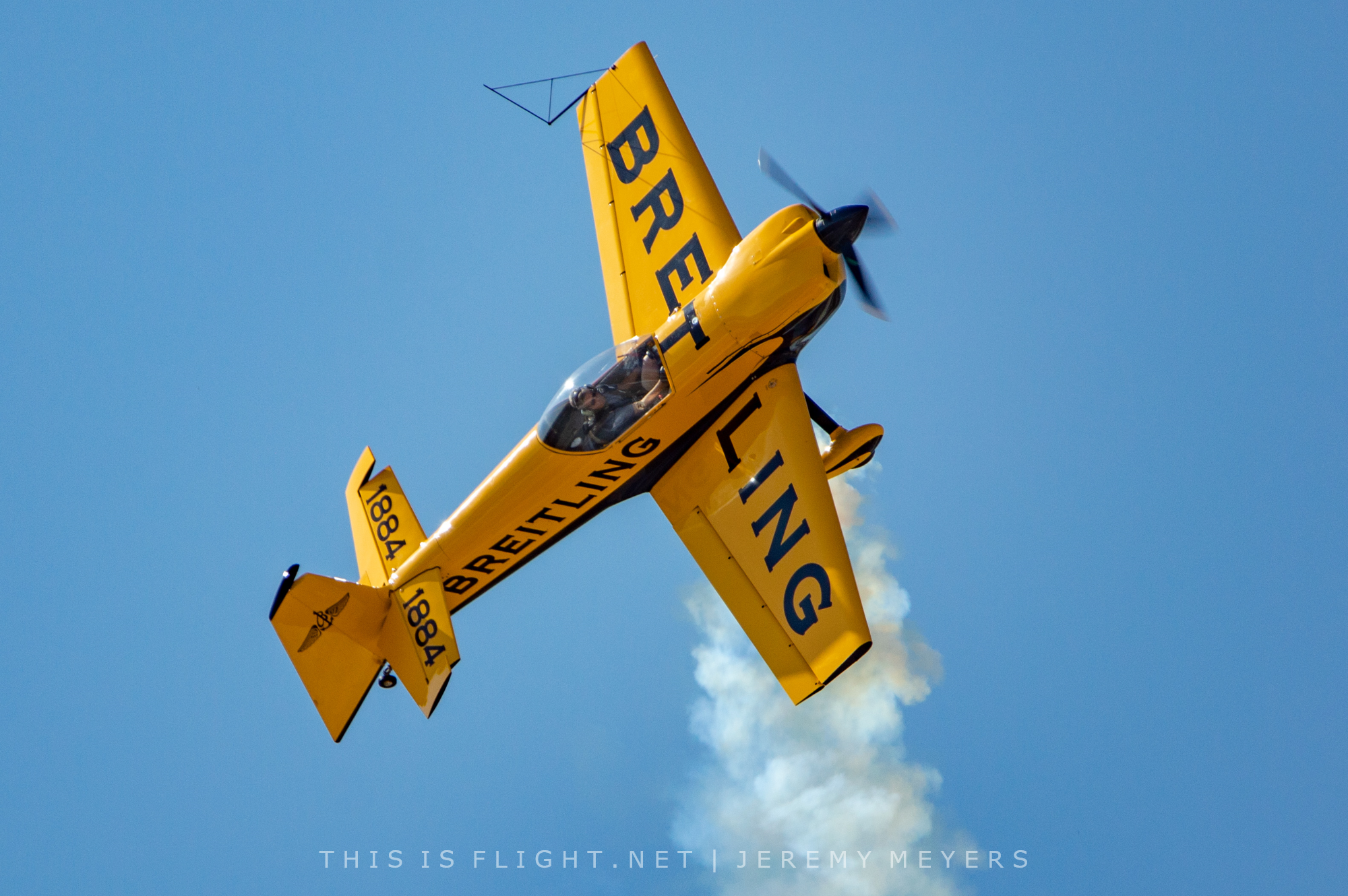 On Friday, David Martin started the day in his CAP-232, followed by the A-10 and Bill Stein in his Edge 540. One highlight was the addition of David Martin’s Beech Baron 58 routine. Starting with the engines running, David then feathers the prop and performs fully aerobatic loops, rolls and even a landing with no power – a masterclass in energy management and a fitting tribute to the likes of the late Bob Hoover. 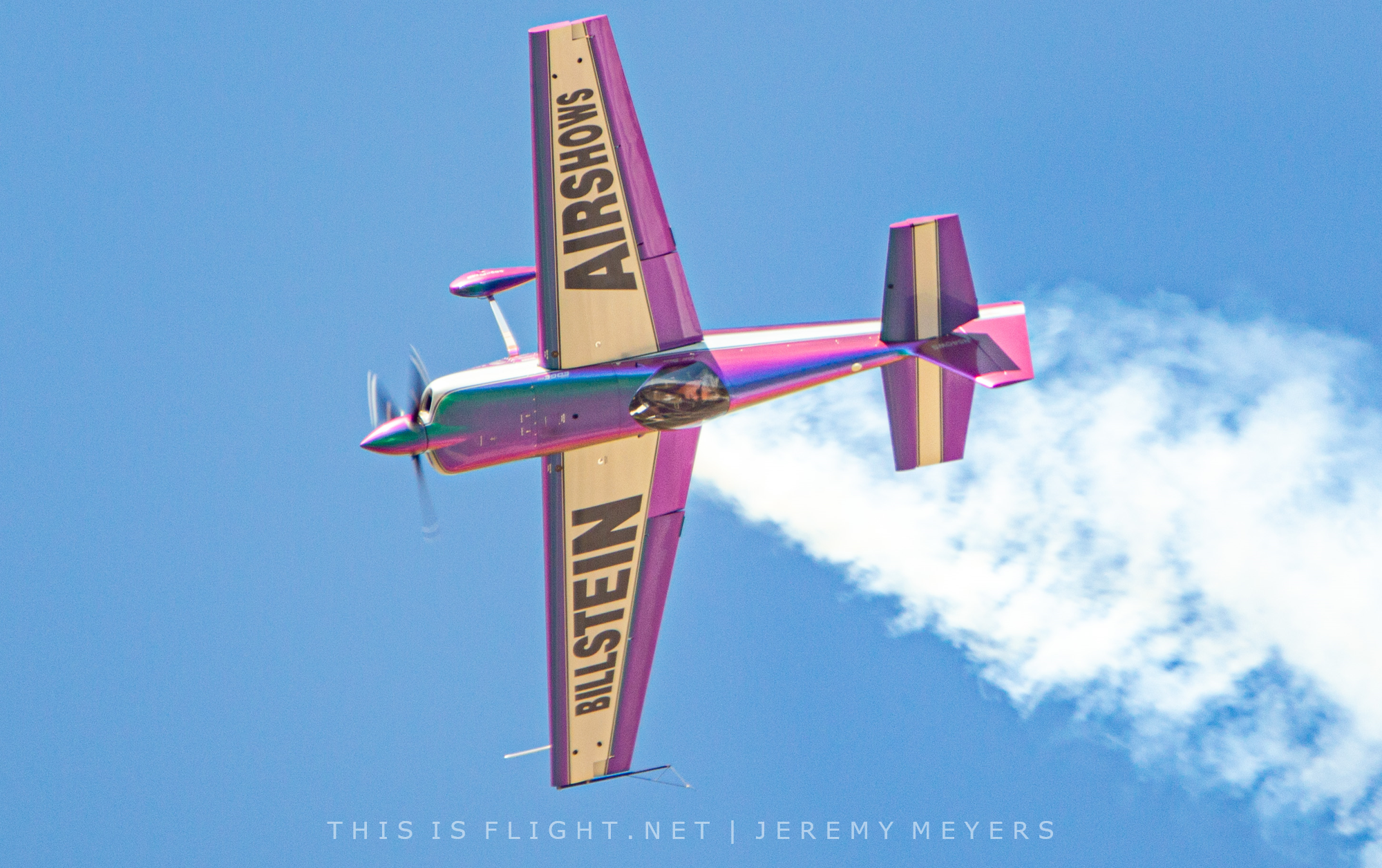 This was followed by a 33 minute break in the programme, which felt like a lot longer. Amazon Prime and FedEx needed the airspace to recover and launch several aircraft. Matt Younkin restarted the show with his Beech 18 display. Then, the second highlight of the day came in the form of two Mustangs, launching for the heritage flight. Local P-51D “Bumsteer” and the Cavanaugh Flight Museum P-51D “Brat III” went to the hold along with the A-10, clearing the airspace for the Viper Demo Team, and after that, a four-ship Heritage Flight. The show was then closed by the Blue Angels. 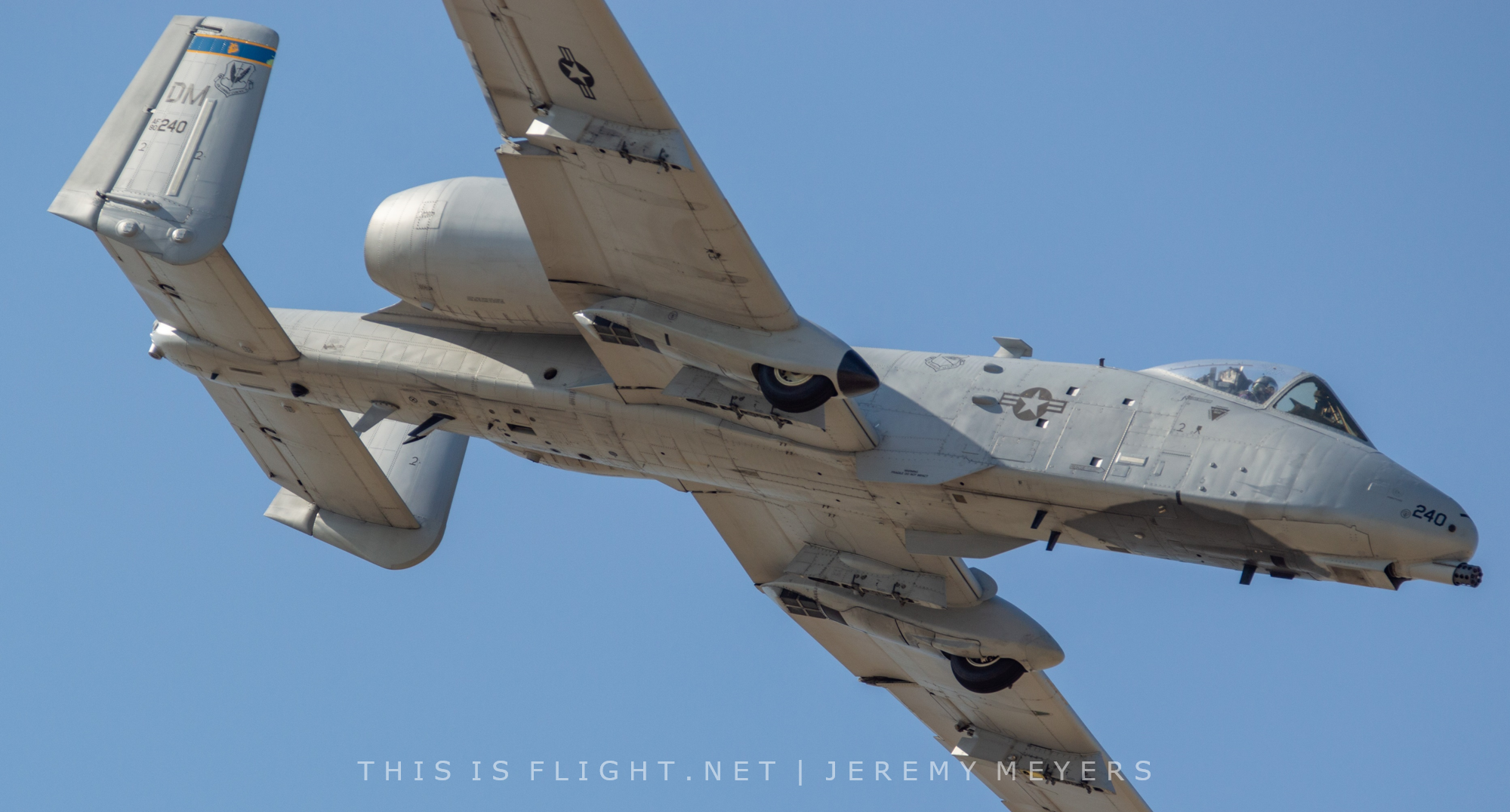 The Saturday show was largely the same, with the addition of the C-17 Globemaster III, two jumps from the All Veteran Parachute Team and some pattern work by four F-16s from the 301st Fighter Wing from NAS/JRB Fort Worth. Scattered clouds limited the Blue Angels to some of their flatter manoeuvres, unlike Friday’s full show.

Both Saturday and Sunday also had the option for sunrise and sunset photoshoots of the military performers. This was an opportunity not to miss, although it would have been yet more memorable if the civilian performers had participated as well. 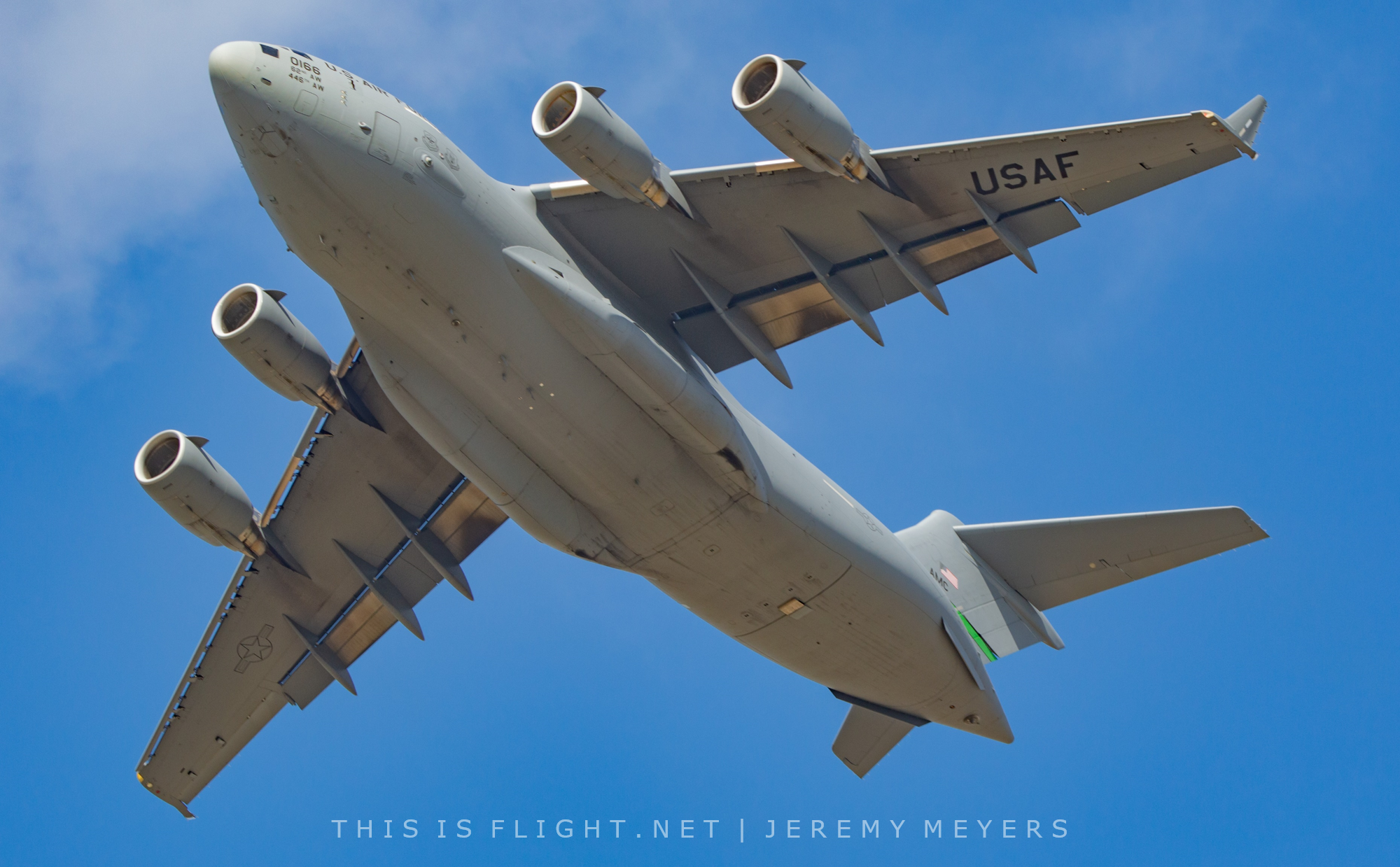 A new addition to the show this year was the Landing Zone, an area of vendors, food, ground entertainment and more, near to the parking areas. Sadly, to keep the aerobatic box clear of Amazon’s warehouse on the opposite side of the runway, aerobatic box and spectator areas had to be pushed eastwards. This put the crowdline off the ramp and behind the hangars, control tower and a number of trees, meaning the view of low passes, take offs and landings was severely restricted. Even the media and photo pits were nestled in corners next to the hangars, obstructing the views of the aircraft from both vantage points until after they had passed show center. 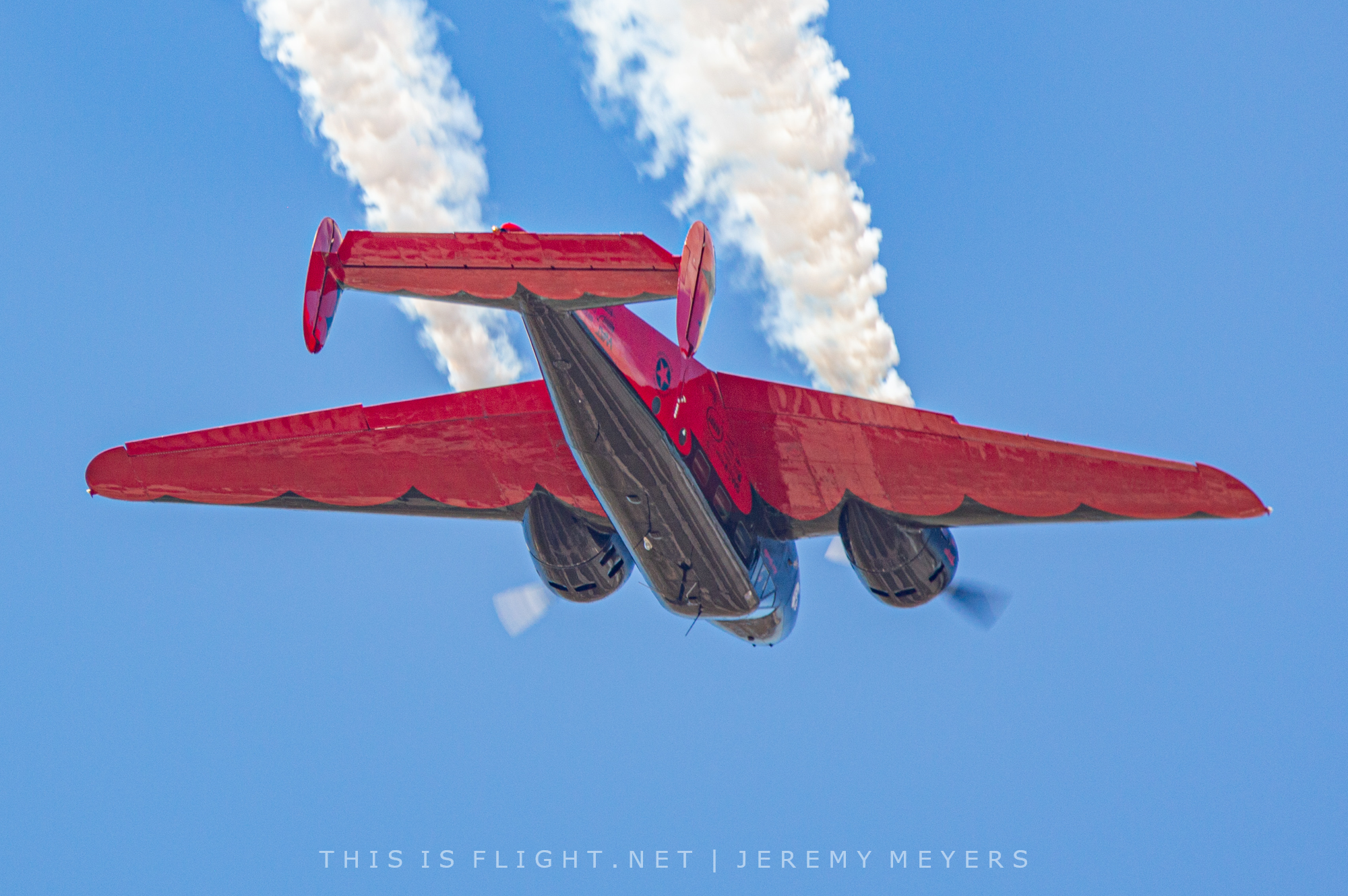 Lacking its static display and with restricted views, the airshow felt so far spread out that it lost much of the appeal of previous events. For future shows, the planning team has some major hurdles to overcome. The Thunderbirds are due to headline next year’s event, which is scheduled for early October.