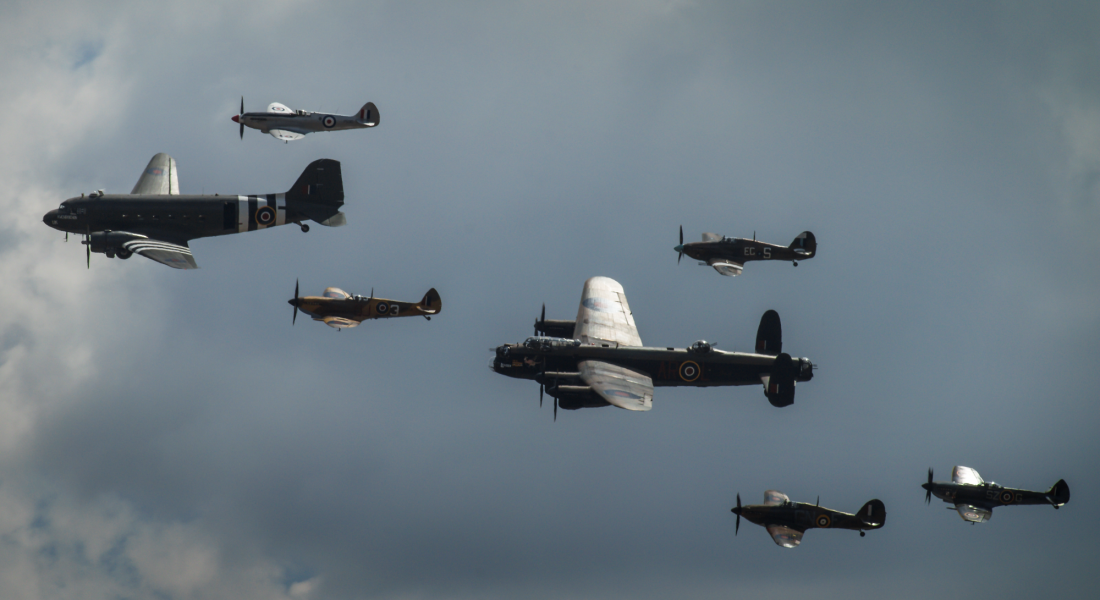 THE RISE AND FALL OF THE BRITISH AIRSHOW

THE RISE AND FALL OF THE BRITISH AIRSHOW

The pioneer aviator, Sir Alan Cobham, with his touring ‘Flying Circus’ – formal name ‘National Aviation Day Display’ – had succeeded in raising the profile of aviation in Britain during the years 1932-35, and generated a great deal of interest in flying displays in general. At the same time, modernization and expansion by the Royal Air Force had given rise to the need for more trained aircrew, and the rise of the Royal Air Force Volunteer Reserve and the privately run Elementary Flying Schools, during what was a period of growing international tension.

These all needed more airfields, and along with an increase in civil flying clubs and private aircraft ownership in the Great Britain, this meant that new, municipal airports were springing up all over.

Derby was home to the highly-significant aero engine manufacturer Rolls-Royce, the developer of many fine engines during WW1 and the 1920s. Recent work had made their ‘R’ type V-12 the motive power behind the winning Schneider Trophy seaplanes, and the new Merlin engine promised to make the RAF’s new generation of fighters and other aircraft equal to anything in the world. Amazingly, this large town (now a city) did not have a municipal airport until 1939, when the Corporation built one on a site at Burnaston, to the south west of centre of town.

Following a splendid dinner on the 16th June, 1939 (hosted by Rolls-Royce), Derby Municipal Airport (also called Burnaston Airport) was declared open by Sir Kingsley Wood on Saturday, 17th June. As was the custom at these events, there followed what now would be classified as a quite spectacular flying display. It was prophetic, in a way, in that the large crowd was watching many of those aircraft types which would sustain the Royal Air Force (and the Fleet Air Arm) during the first years of a new war, which few realized was only ten weeks away! 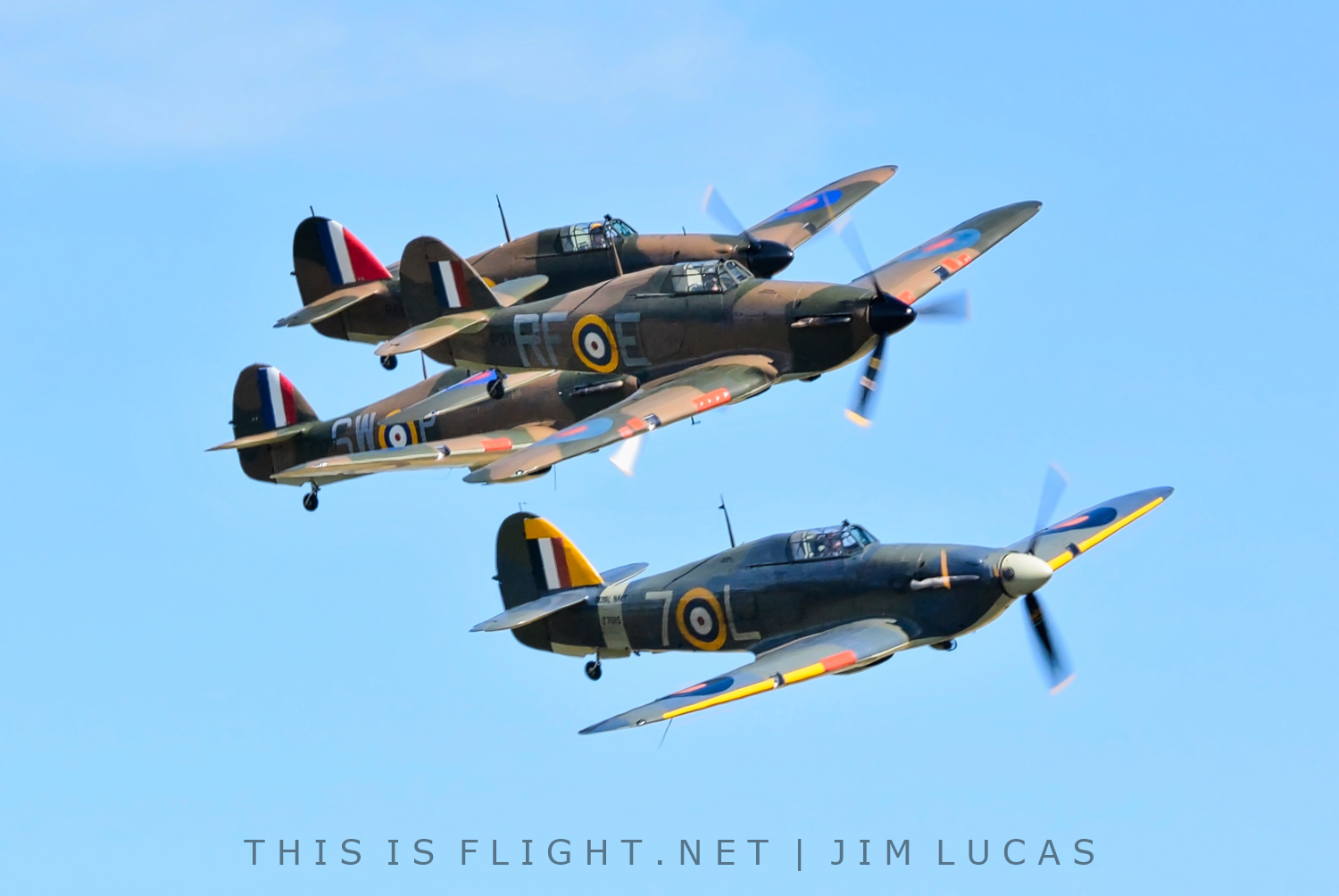 The Service part of the display began with a whole squadron of Blackburn Skuas – the FAA’s ‘dive-bomber/scout’ performing formation aerobatics, dive bombing practice and Dummy Deck Landings. This was the first public appearance of this type. Their formation flying was easily surpassed by a whole squadron of 12 Spitfire Mk.I aircraft, which dazzled the crowd, arriving in a group of four ‘Vics’ of three. Fairey Battles then demonstrated ‘low level bombing’, a role in which they would be butchered during the forthcoming German ‘Blitzkrieg’ in France. Westland Lysanders showed their supply dropping abilities, and were followed by a fabulous display by Flight Lieutenant ‘Dickie’ Reynolds in the company-owned Hawker Hurricane demonstrator. Painted white, with polished natural metal engine cowlings, and registered G-AFKX, Reynolds took advantage of the Merlin III’s 1,030hp, coupled with a new 3-blade constant-speed propeller, to pull such tight turns that he generated condensation streamers from the Hurricane’s wing tips.

There then followed a string of appearances by aircraft which would be stalwarts of RAF Bomber Command for the first half of the coming war – a Blenheim, Hampden, Whitley and a Wellington. Sadly, a Gloster Gauntlet did not perform its scheduled aerobatics, which deprived the crowd of a sight of one of the last classic RAF biplane fighters, so the Service portion of the display was rounded out by the launch of three of the new barrage balloons by No. 1 Balloon Training Unit.

The civil portion of the show followed, beginning with the arrival of three British Taylorcraft, built at nearby Leicester, one of which was flown by their test pilot, Mr Wynne-Eyton.  A series of civil types such as the Miles Magister, DH Moth Major, Percival Vega Gull, C.40 Cierva Autogyro and the rare General Aviation Cygnet tri-cycle undercarriage trainer followed. However, the most spectacular sight among these civil aircraft must have been Alex Henshaw piloting his famous racer, the Percival Mew Gull. Alex Henshaw would later go on to test fly one TENTH of all of the Spitfires ever built!

No film of this wonderful air display exists, but it is safe to say that many modern air display enthusiasts would pay a steep price to see a Wellington or Skua in the air, or even a lumbering Whitley, with its curious ‘nose down’ attitude. 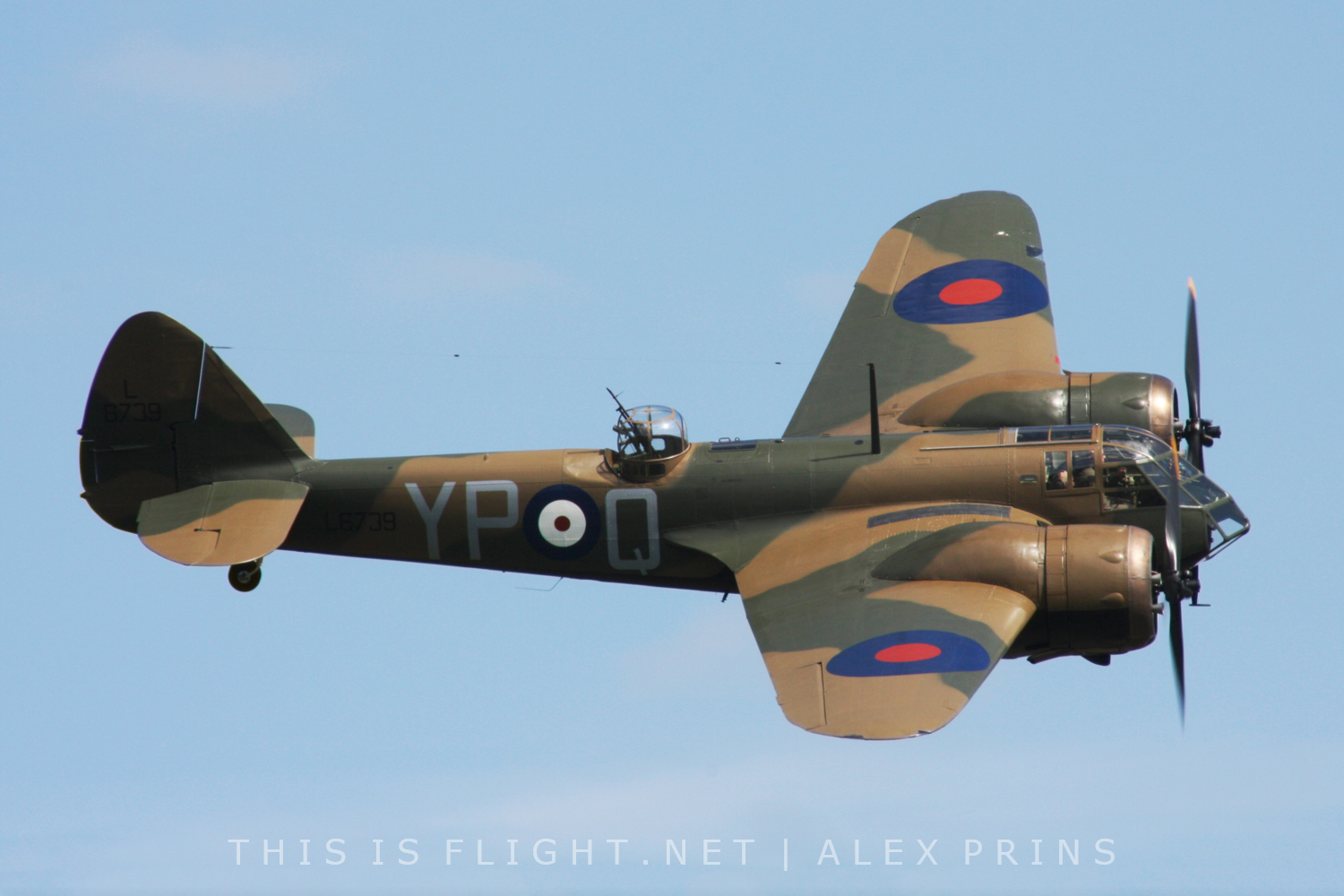 Unfortunately, a steep price of another kind is now being paid. Many of those UK expansion airfields of the 1930s have gone, usually casualties to a current planning process which regards airfields as ‘brown field’ sites, and ideal for development! Burnaston is now obliterated by a huge Toyota car factory, for example, and other airfields such as Wellesbourne Mountford and Dunkeswell are under almost constant threat.

However, air displays in the UK are now facing an existential threat of another kind. In the period from 1952 until 22nd August 2015, not one spectator at a British air display had been killed. Sadly, the tragic events at the 2015 Shoreham-by Sea Airshow were to change all that.  A Hawker Hunter T.7 (see photograph) crashed just off airport and 11 fatalities ensued. The response by the CAA was swift, and led to the grounding of all Hunter types in the UK, amongst other changes. The safety reviews which followed were welcomed by the air show industry, as a necessary step.

What was neither anticipated, nor received well, was the extraordinary new scale of fees and charges associated with airshows and display flying which then followed, on 1st February, 2016. CAP 1373b from the CAA sets out some quite amazingly steep fees for pilot Display Authorisations (up 100%) and fees for display organisations, which can rise to over £20,000 for an airshow with 31 civilian performances.  Many of the display fees are new, such as a Post Display Fee, and the resulting uproar at the BADA Annual Symposium at Shrivenham was ignored, completely.

Some ‘free’ seaside shows (with no admission, and no tickets) were asked to absorb huge increases which their volunteer ‘staff’ could not afford – and cancelled. Others, such as the popular ‘Children In Need’ show at Little Gransden protested at idea of approximately 10% of the money generated for the children’s charity being paid instead to the CAA. Other shows had already completed their 2016 programme and ticket printing, and begun advance ticket sales when this diktat came down, so could not change prices, even had they wanted to. 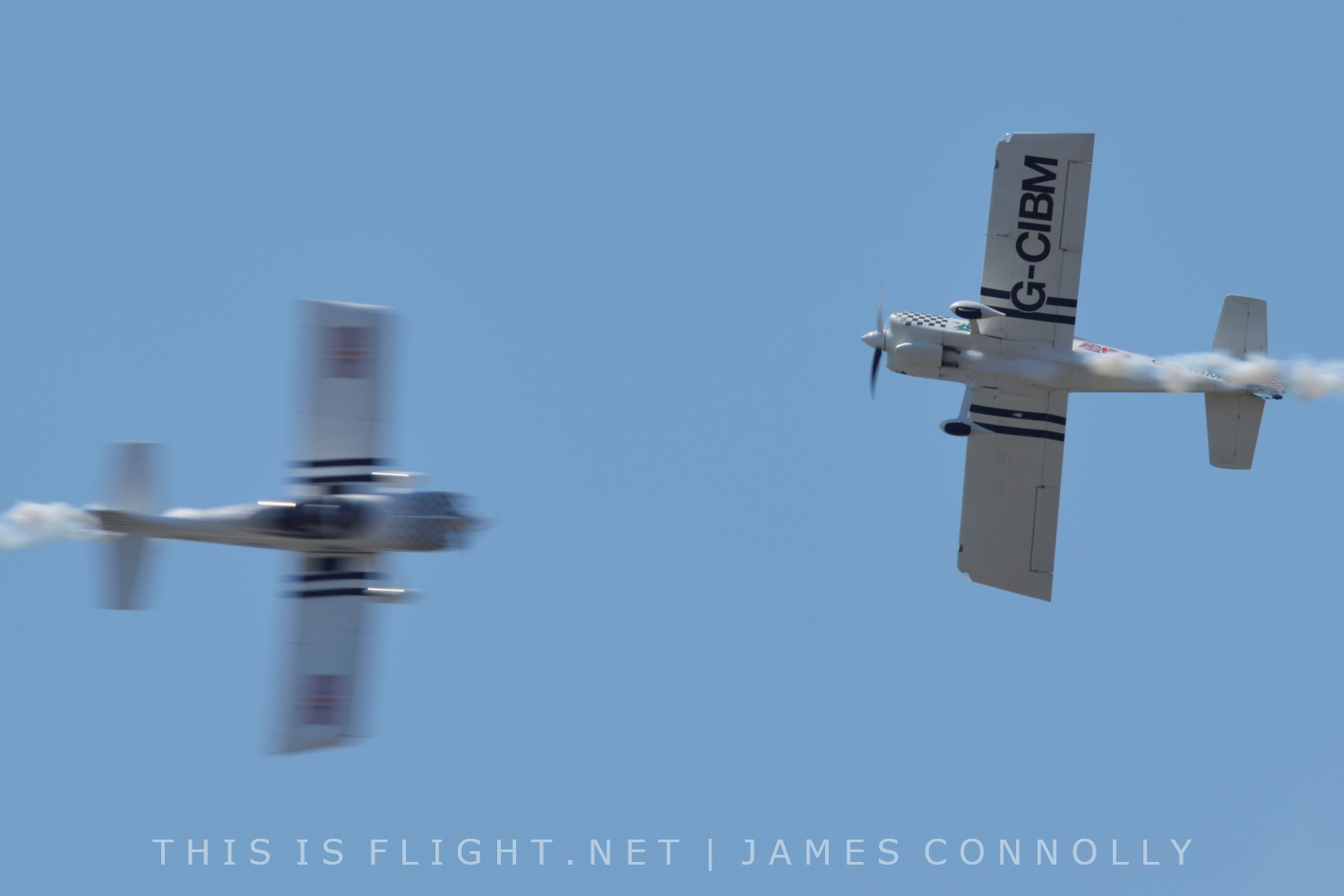 The 29-day consultation period offered was a joke, and the CAA’s response to howls of outrage was to claim that shows were not complying with the safety aspects, completely ignoring the fact that many faced economic disaster because of the fees and charges. Claims by the CAA that the costs would ‘only amount to at most 20 pence per ticket’ were shot down in flames when IWM Duxford imposed a £5 per car surcharge at their shows, citing CAA charges as the cause.

The Times of London has carried a report from the CAA that ‘a majority’ of UK shows would not be able to be granted a license and would, therefore, not take place. This means that the UK has just lost 50% of a whole industry, with Service and civilian charities, aircraft restoration companies, engineering concerns, event caters, media outlets, aircraft owners, display pilots, local air ambulances, restaurants, hotels, tourism, aviation and other museums, aviation artists and photographers, fast food providers and others all suffering from this completely disastrous decision by the CAA. This does not even include the appalling effects on STEM education, the Air Cadet Corps, CCF and Air Scouts, and the drop in RAF and other Service recruiting which must follow.

The CAA states that they MUST recover costs associated with the new inspection and safety regime (which they have neither explained nor quantified) amounting to some £250,000. Well, here’s an idea for them – levy each air passenger in the UK at the rate of 1/10th of ONE penny each! The result (according to the latest CAA figures) equates to £241,332!

We can only hope that sanity prevails, otherwise our whole industry, and the air displays we love, could become a thing of the past.

In this exercise, the HAF, along with five other participating Air Forces, took advantage of some of the most suitable and at challenging airspace in Europe for conducting large-scale air operations, with a wide variety of air defence systems and a remarkable mix of modern aircraft and ordnance.

Ross Sharp is the director of engineering and airframe compliance for The People’s Mosquito. A former Deputy Airshow Coordinator for the Royal Air Force, he is now an airshow consultant in the United States. Title image by Alex Prins.