SCAMPTON | The RAF Red Arrows have announced a schedule of events they plan to perform at during this year’s US and Canada tour.

The team, who fly nine Hawk T.1A jet trainers, will engage in a nine-week tour taking in major airshows as well as business and STEM engagements. It will be the first time they have visited the continent since 2008 and their first major tour of the region since 1993.

They will wrap up their UK season in on the 19th-21st July at the Royal International Air Tattoo. After a short period of leave, during which maintenance work will be carried out on the jets, the team will cross the Atlantic for the start of the tour. 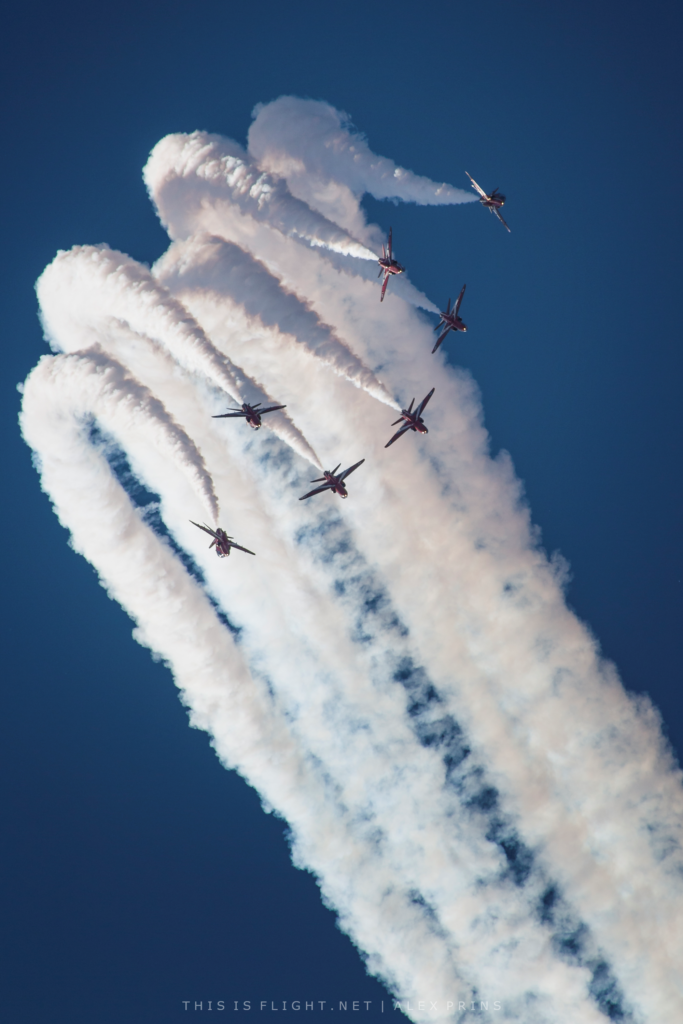 The first round of events was announced in February, including six major shows. Additional stops were released later in the spring. Further engagements will be announced in due course.