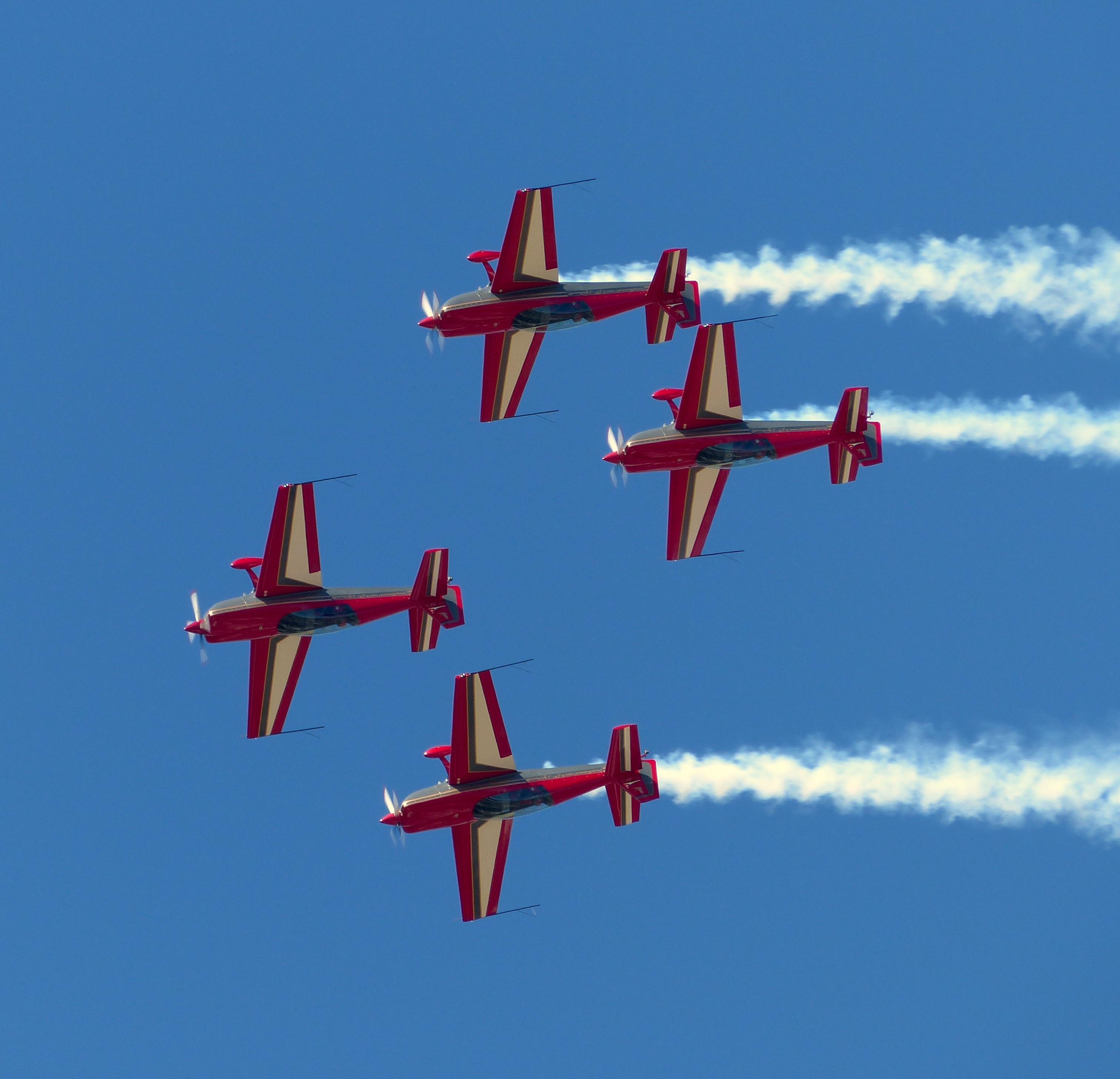 The Royal Jordanian Falcons were formed on the orders of King Hussain in 1976. The team was initially formed of American aerobatic pilots Dave Rham and Steve Wolf using two Pitts S-2A Specials. Rham was killed during a display in 1976, but the team continued to grow, adding a third Pitts and changing to four Extra 300s in 1992. These were replaced with Extra 300Ls in 2007 and Extra 330SCs in 2018.

The Royal Jordanian Falcons’ display begins with a sequence of four-ship classic formation aerobatics before the solo pilot breaks away from the rest of the formation. Much of the display is then flown as a three-ship and a soloist. The four planes re-join for some more challenging formation aerobatics to end the show. The team is well-known for displaying to distinctive Jordanian music. Manoeuvres include: