The Raven Display Team is a British civilian aerobatic team flying the Vans RV-8. Founded in May 2014, many of the team’s pilots are former members of Team Viper and the Red Star Rebels. In 2016, the team flew six aircraft (five RV-8s and one RV-4), but they more usually fly a five-ship display. The team’s name is a play on the letters “RV”. The pilots are Simon Shirley (#1), Steve Lloyd (#2), Barry Gwynnett (#3), Gerald Williams (#4) and Mark Southern (#5). Team Raven have performed at dozens of airshows across Europe. 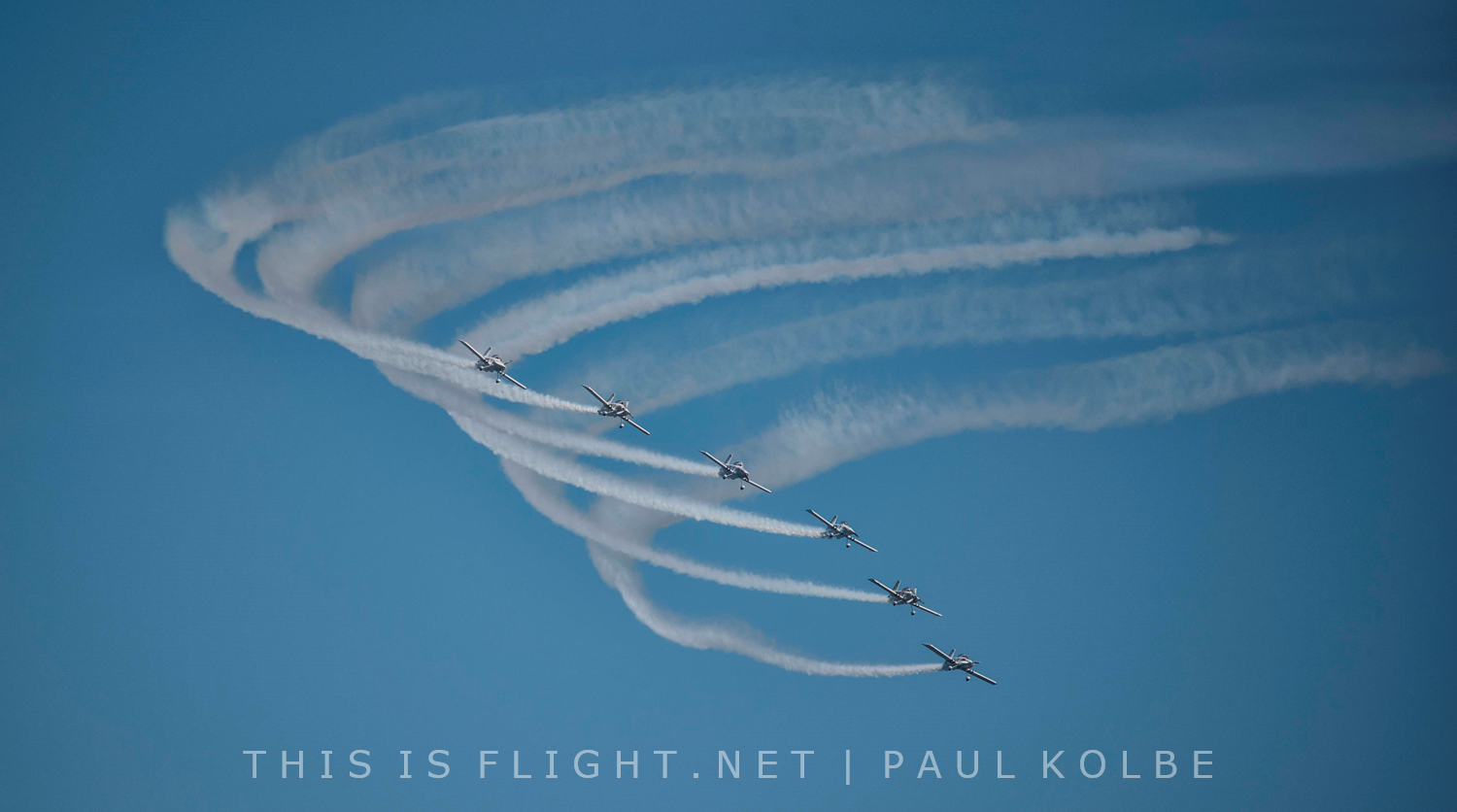 The aim of Team Raven’s display is to present manoeuvres to the crowd at all times, with no gaps. The five aircraft begin in formation, but quickly break down into smaller groups. Initially, the aircraft perform as a solo plane and a four-ship, but this becomes a pair and a trio in the latter parts of the display.