Grupa Akrobacyjna Żelazny (English: Zelazny Aerobatic Group) are a popular and highly-respected civilian aerobatic team from Poland flying a mix of aerobatic aircraft types. The team has a total of ten aircraft, including two Z-50LAs, two Z-50LSs, one Extra 330LC, one Z-246AFS, one Z-246F and one MDM-1 Fox glider.

The group was formed by Aeroclub Ziemi Lubuskiej in 1999, with the sponsorship of energy drink company Zelazny. They initially displayed with the Zlin 246 and Zlin 50, as well as competing in international aerobatics competitions. The team gradually increased in size, performing airshows with as many as six aircraft. Sadly, they also experienced a number of accidents, including a high-profile fatal mid-air collision in 2007. The team now most commonly perform two-ship and three-ship displays, and are famous for their imaginative manoeuvres and extreme low-level flying. 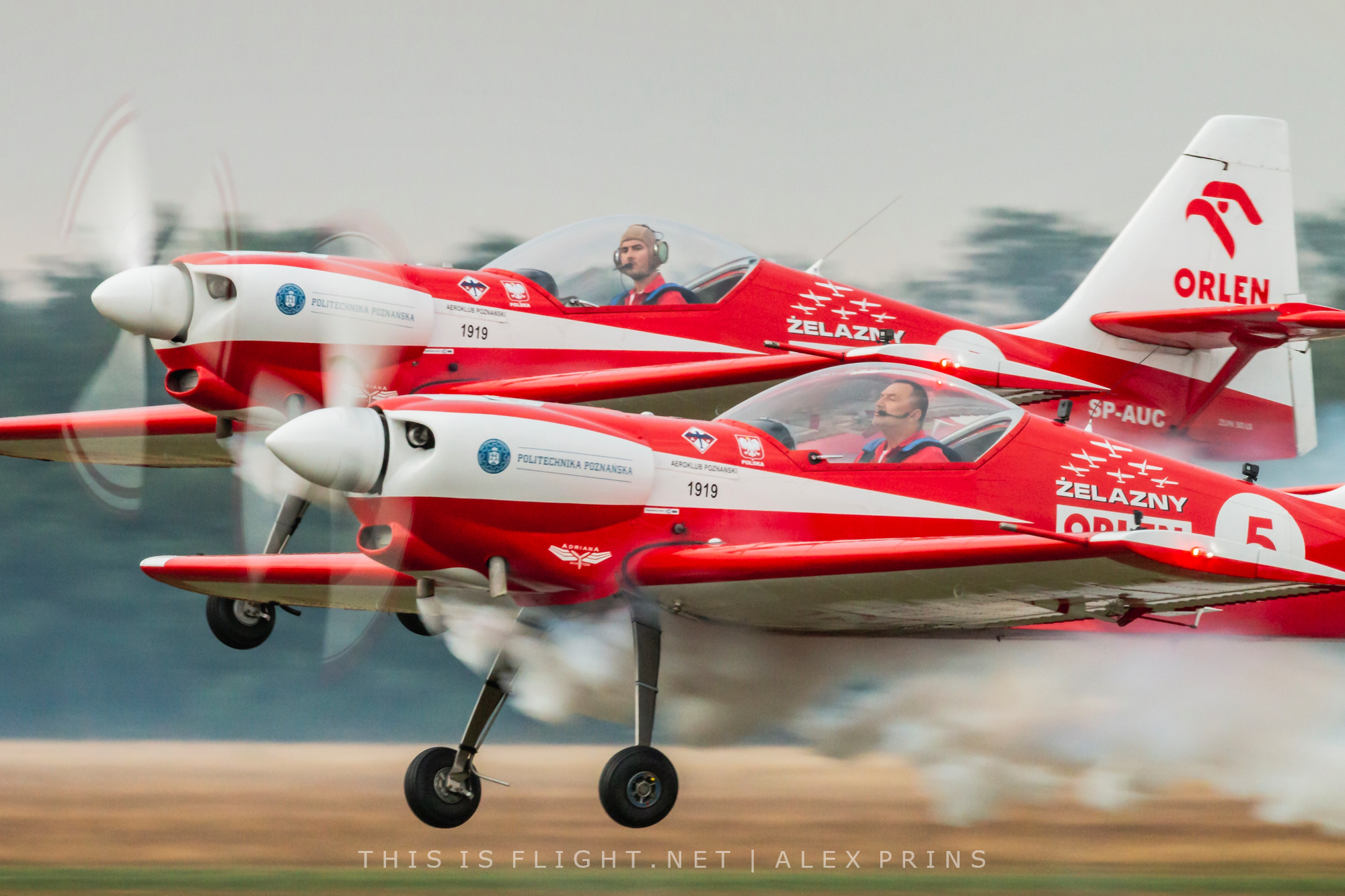