The Yakovlevs (Chinese: Weico Yak Display Team) are a British civilian aerobatic team based at Henstridge Airfield. The team have a fleet of nine Yak-50s and Yak-52s, although they typically display with two, four or six. Many team members previously flew for the now-defunct Aerostars UK Aerobatic Team.

Most of the team’s displays are in the UK, France, China and India. The display consists of formation aerobatics and several bomb bursts. Since 2018, the team have also been capable of skytyping, which was legalised in the UK in spring 2020. To date, their six-ship show has only been performed at four events in China and France.

The team has announced that 2023 will be their final display season. 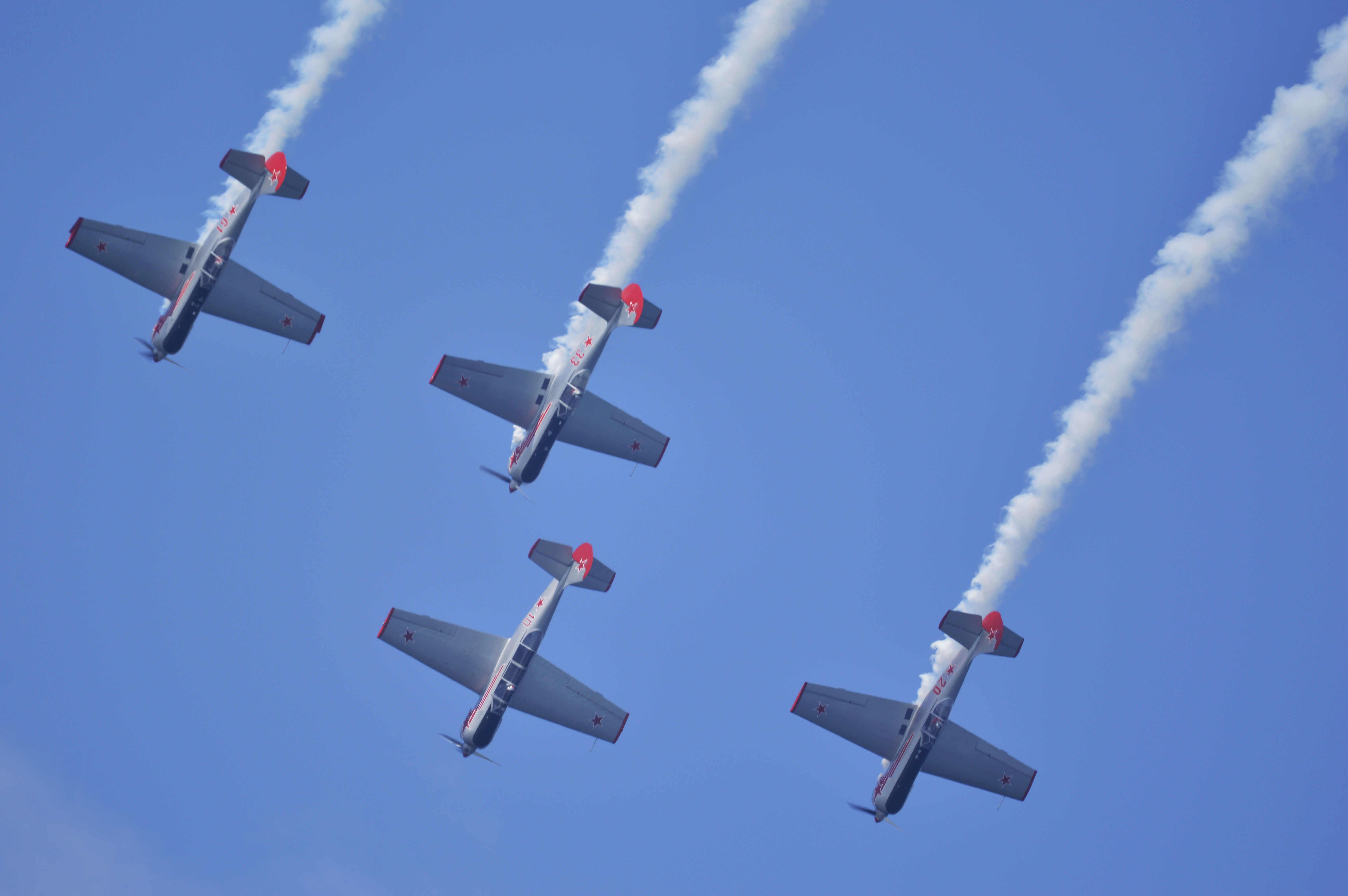 United Kingdom
Home base: Henstridge
Operator: Private
Size: 9 aircraft (up to 6 in display)