Trojan Thunder is a civilian aerobatic team from the United States flying six T-28 Trojans. The team made their debut in 2018. The display mainly consists of formation passes by four aircraft and opposing passes by the remaining two. The team pilots are Ralph Glasser, Doug Hulse, Jerry Kerby, Malte Lorenz, Mick Thorstenson and Paul Walter. 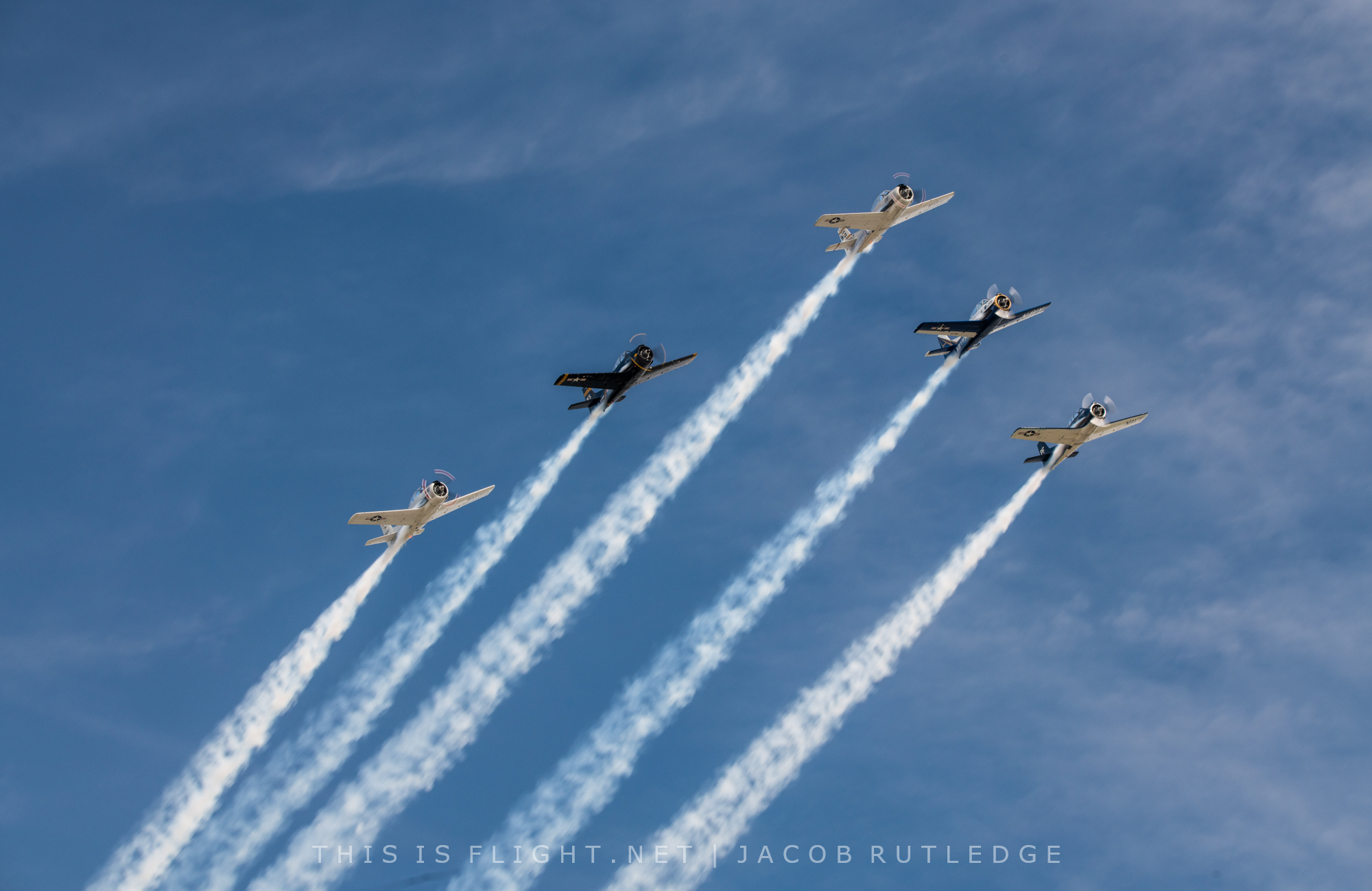