For 2022, the Red Arrows are temporarily flying with just seven aircraft in the display due to the departure of three pilots from the team at seperate points during pre-season training. Only one could be replaced before the start of the season. This means there is no Gypo section in this year’s display: only Enid and Synchro. 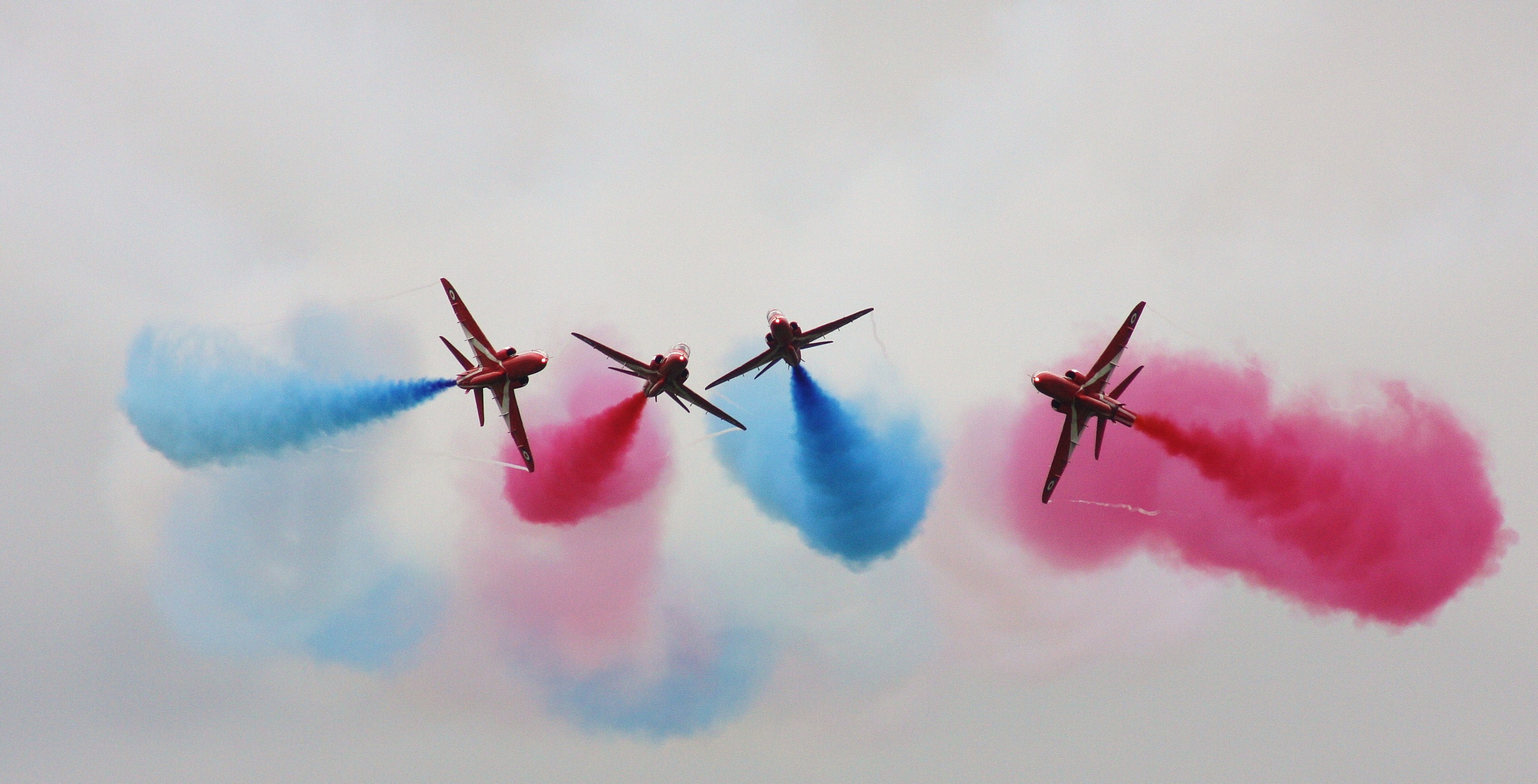 The Red Arrows were formed in 1964 as an amalgamation of the RAF’s many unofficial aerobatic teams. The colour red is said to be inspired by the Red Pelicans, the arrow symbol from the famed Black Arrows and the team’s aircraft, the Folland Gnat, from the Yellowjacks. The team initially flew seven aircraft from 1965, but the spare pilot flew an additional solo display when he was available to do so. The first public display of the Red Arrows was in France, with their debut UK display following at Biggin Hill one week later.

In 1968, the Red Arrows became a nine-ship team. The team undertook their first tour to North America in 1972. They then received their present fleet of Hawk T.1s in 1980. The team’s busiest season came in 1995-1996, when they followed their 1995 European season with a world tour through the winter, which lead straight into the 1996 European season. It was the largest tour ever undertaken by a military jet aerobatic team.

On occasion, the team has been reduced from nine to just seven aircraft for an entire season; in 2012, following a pair of fatal accidents, and in 2022, when the team became embroiled in a scandal over the conduct of some individual members, causing multiple pilots to leave the squadron at short notice.

The Red Arrows have been based at several locations around the UK, initially being formed at RAF Kemble (now Cotswolds Airport). Their longest-standing base was RAF Scampton, which they left September 2022 due to the base’s closure. The team moved to nearby RAF Waddington, but will continue to use Scampton’s airspace for display practices for the time being.

The Red Arrows’ display changes slightly each year, but is split into two halves, the first featuring nine-ship formation aerobatics. Many of these formations reflect historical anniversaries or topical events that year, for example Spitfire, Lancaster, Apollo and Concorde. The team’s signature formations are Big Battle and Short Diamond. 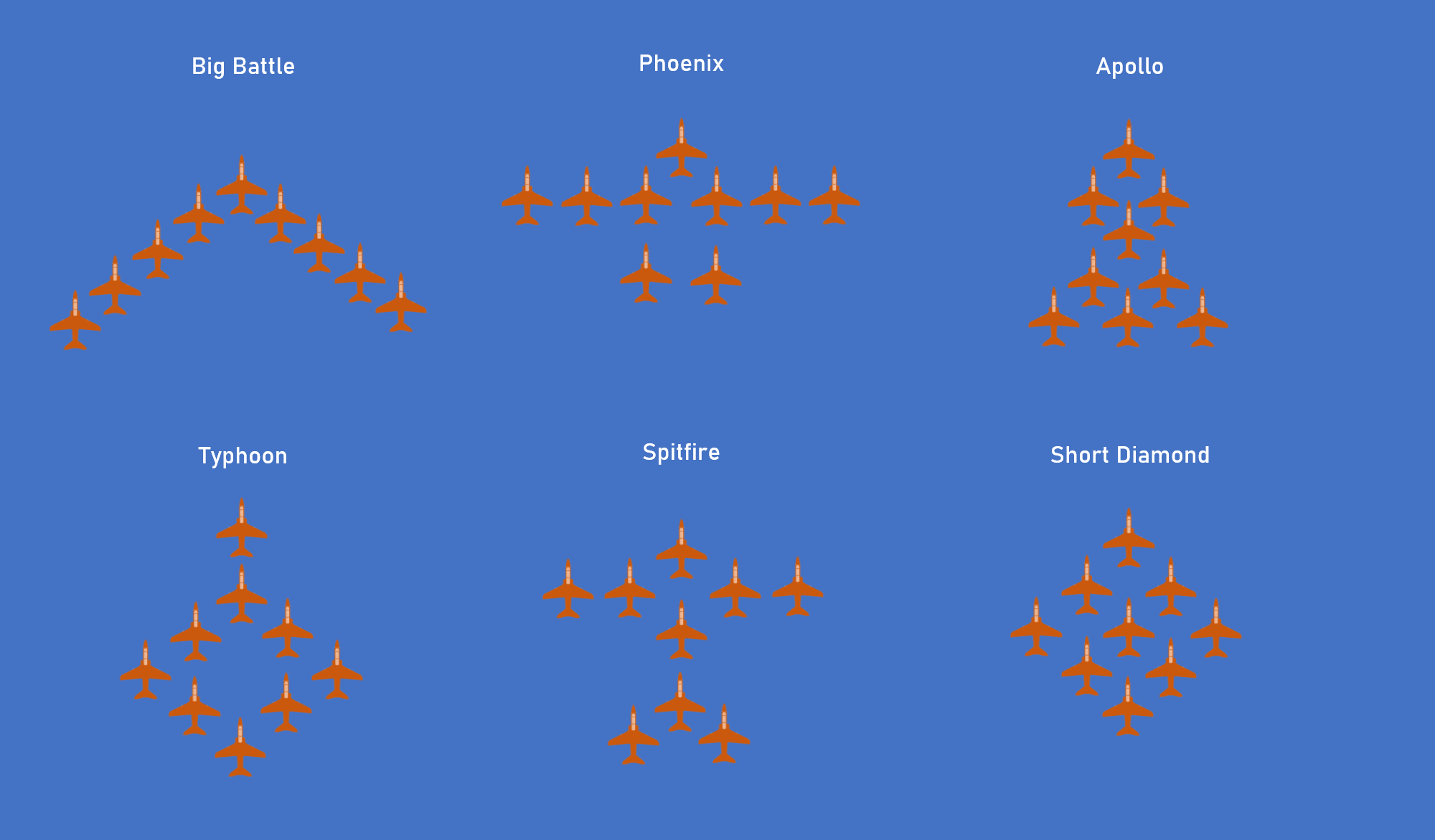 In the 1980s and 90s, this part of the display mainly included alternating seven-ship and two-ship manoeuvres, the latter being performed by Reds 6 and 7, the Synchro Pair. More recently, the manoeuvres have alternated between five-ship manoeuvres by Reds 1-5 and more complex two- or four-ship manoeuvres either by Reds 6-9.

Coloured smoke is used throughout the display. All aircraft can generate five minutes of white smoke and one minute each of red and blue smoke. Smoke oil is carried in an external centreline smoke pod under the fuselage. 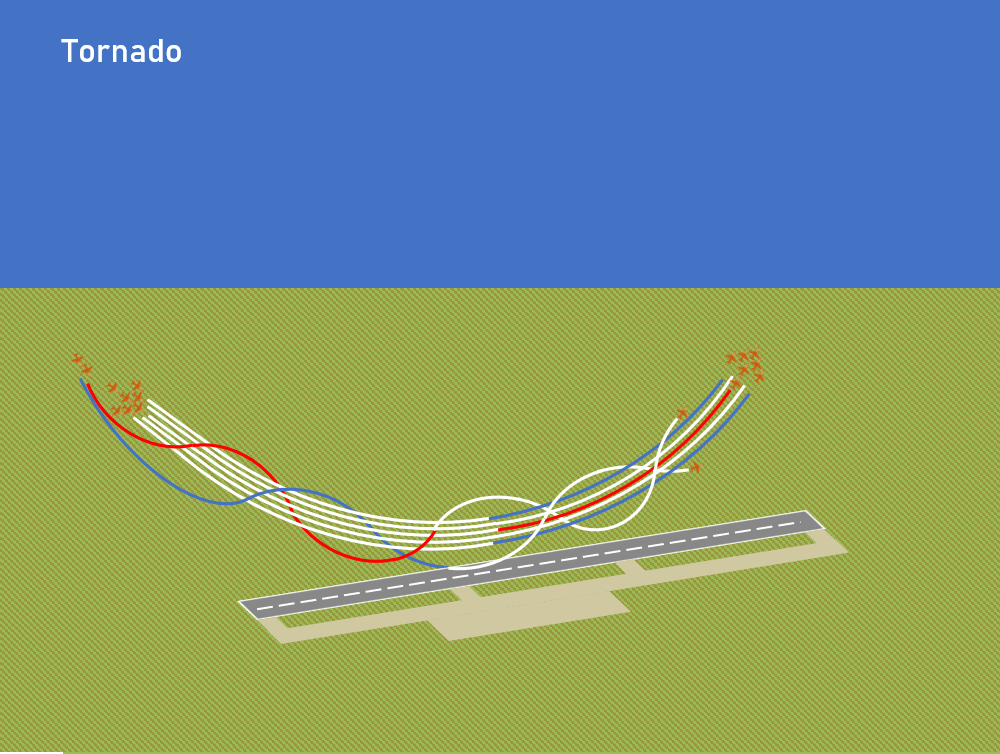 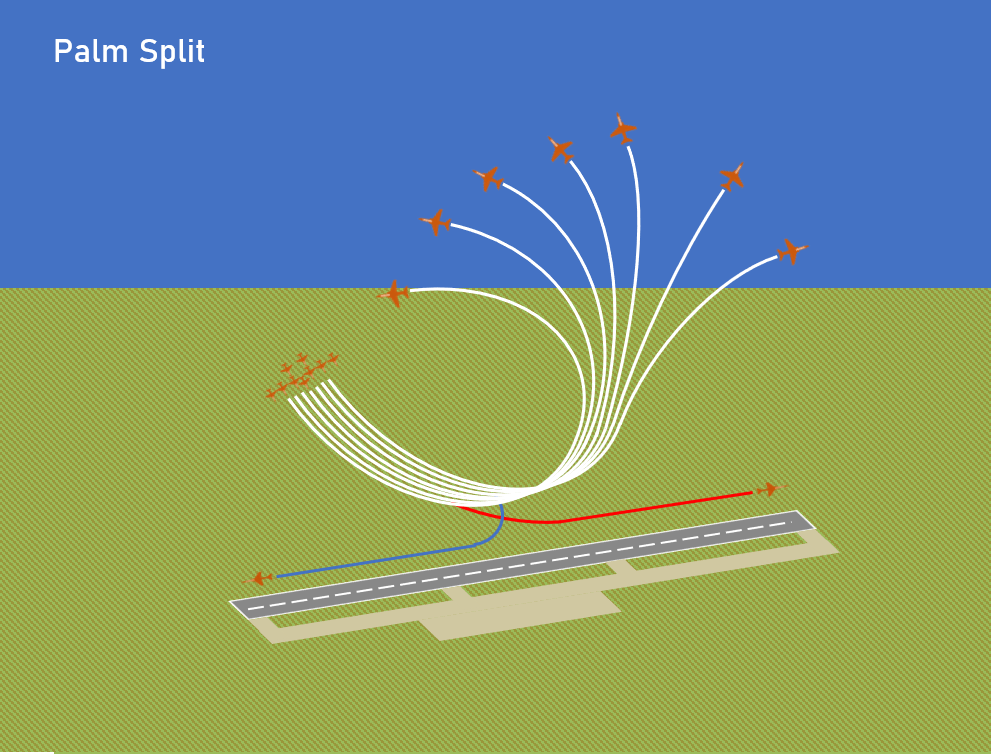 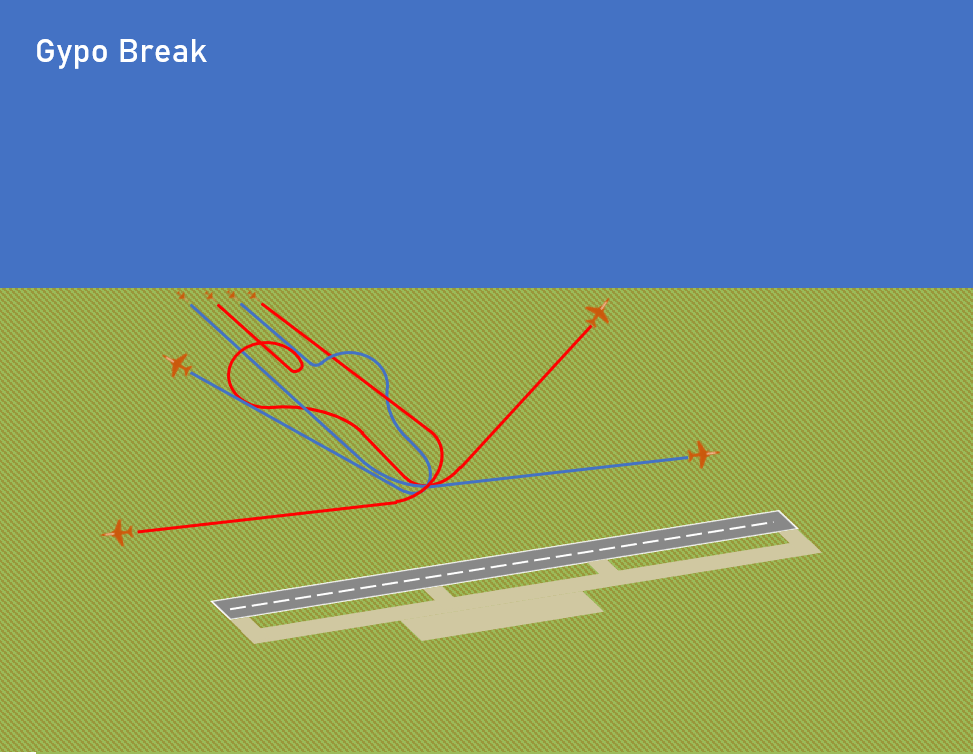 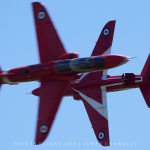 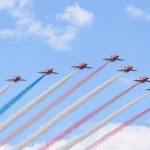 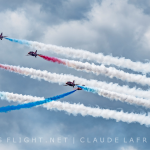 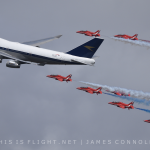 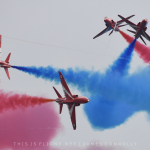 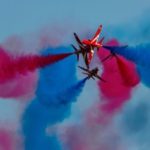 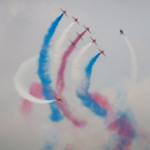 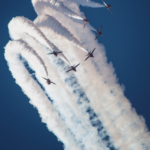 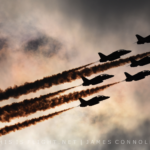 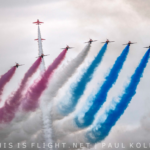 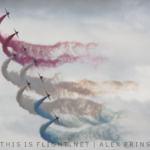 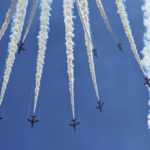 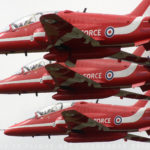 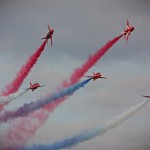 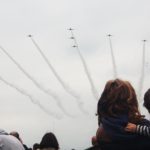 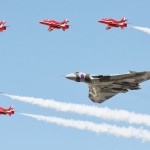 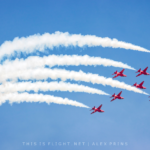