While their aircraft is aerobatic, the Pioneer Team do not perform aerobatics in their display, flying a sequence of formation turns and wingovers. They display during the day with coloured smoke mounted under each wing and at sunset with pyrotechnics. 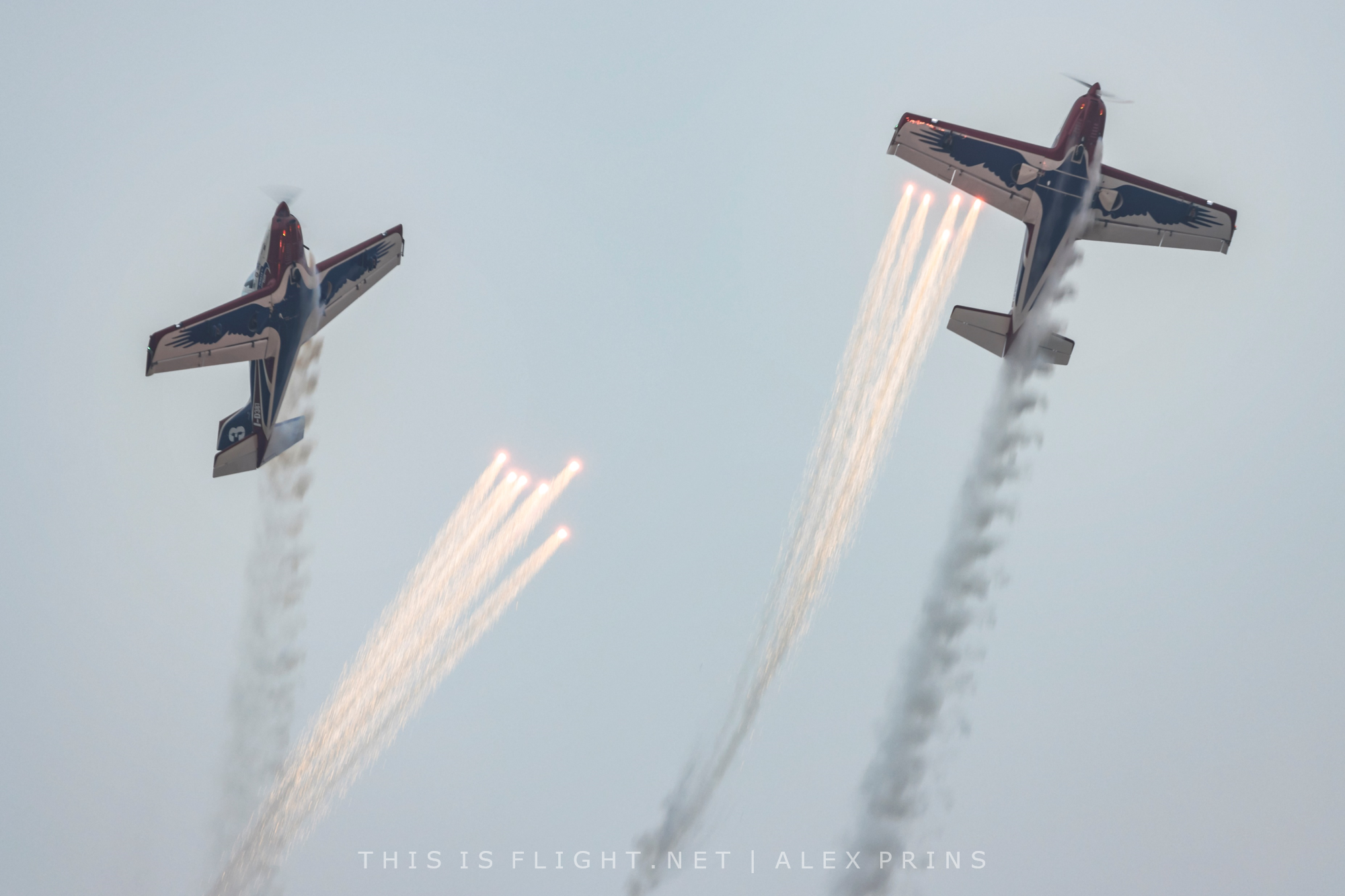