Patrouille Tranchant is a French civilian aerobatic team on the Fouga Magister, based in Rennes and founded by Jack Krine, Hugues Duval and Benjamin Tranchant. The pilots are Hugues Duval (lead), Jack Krine (solo), Pierre Fages (left wingman), Claude Espinet (right wing) and Dominique Louapre (second solo). DIsplays are typically performed as a four-ship, but the team appeared for the first time as a five-ship at Le temps des Hélices 2019 at La Ferté-Alais. They also performed a 13-ship flypast with the Patrouille de France, who flew the Fouga Magister. The team can produce smoke of a variety of colours, which they often use to mimic the flag of the country they are flying in. 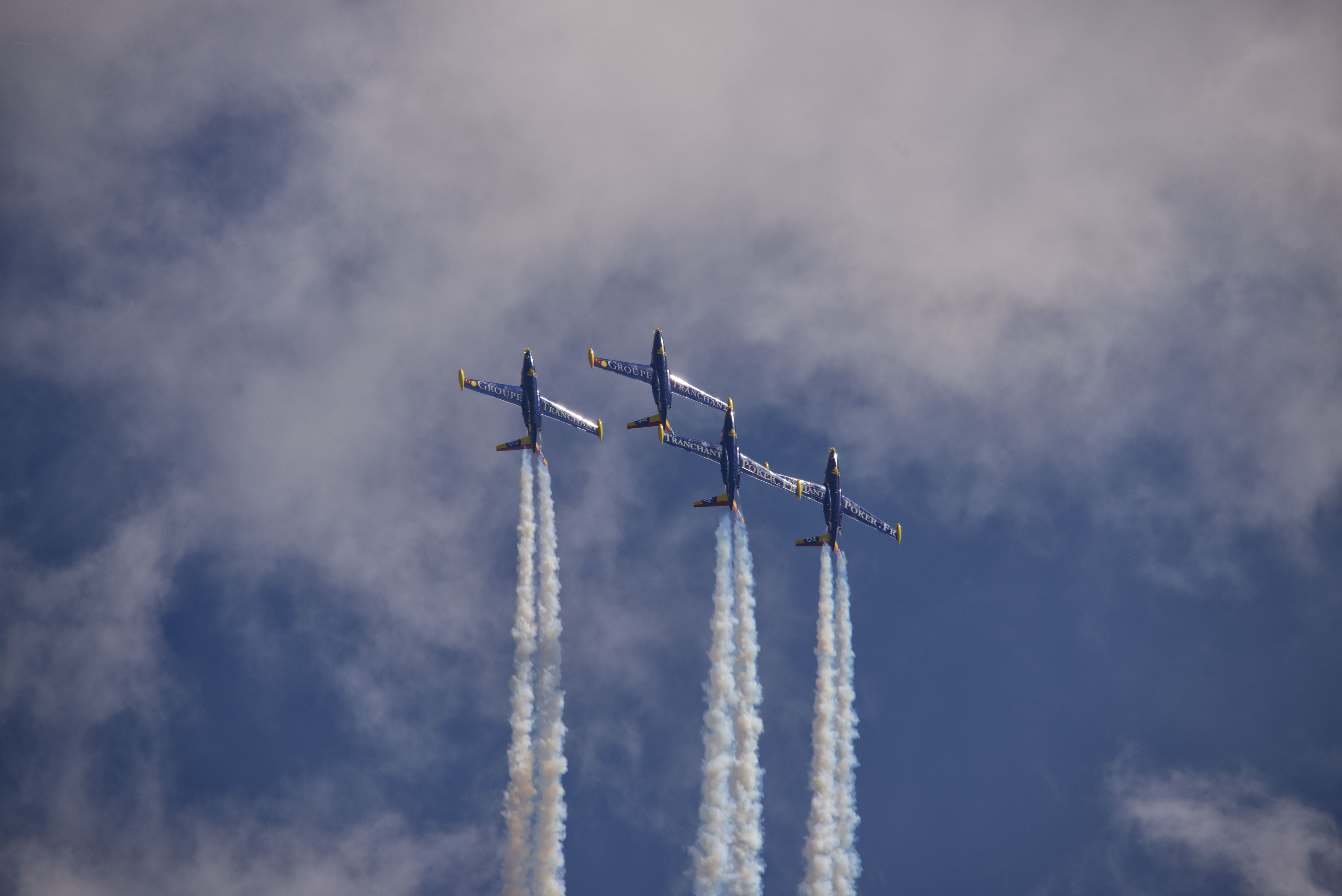