The GEICO Skytypers is a civilian aerobatic team from the United States who specialised in skytyping at airshows. They also performws a six-ship aerobatic display using the SNJ-2, loosely based on air-to-air combat.

Tracing their roots back to 1932, the Sky Typers company went through several iterations. The company has operated an East Coast unit of SNJ-2s since the 1970s. This unit gained GEICO sponsorship and went on to become the airshow team that is famous today.

One of the best-known civilian aerobatic teams in North America during the 2000s and 2010s, the team suffered fatal accidents in 2018 and 2021. After the second accident, the team lost GEICO sponsorship and became temporarily inactive. They reformed for two final shows in 2022, performing as a five-ship act under the name Skytypers Airshow Team. In June 2022, they stopped flying airshows for good. 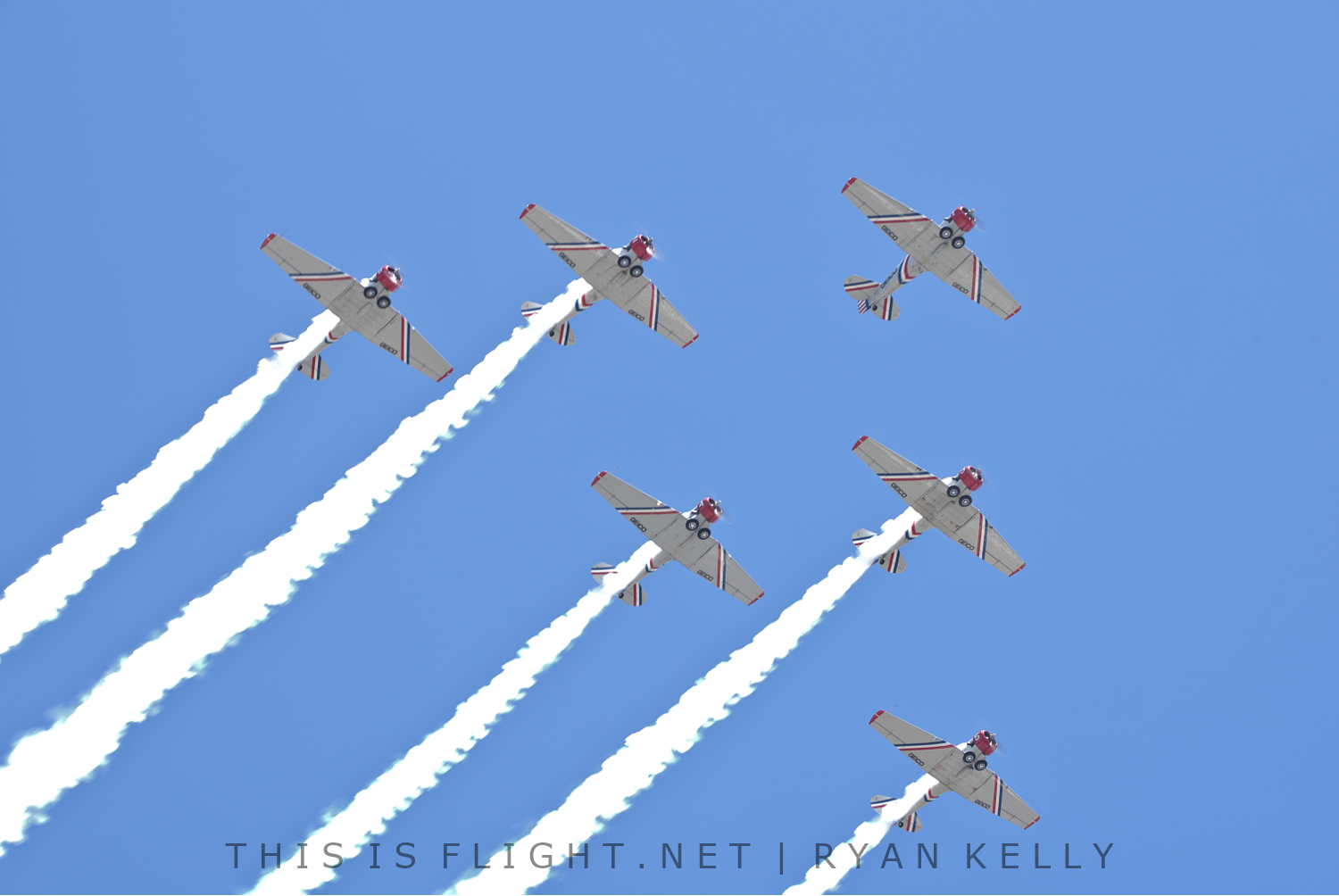