The Breitling Jet Team was a jet aerobatic team of the French flight training, aviation services and pleasure flight operator Apache Aviation. It was the latest in a long line of aerobatic teams led by Apache Aviation’s owner, Jacques Bothelin, and based at Dijon. All the team’s pilots, apart from Bothelin, are ex-military, and several have flown with the Patrouille de France. The team is expected to resume operations with a new title sponsor at a later date. 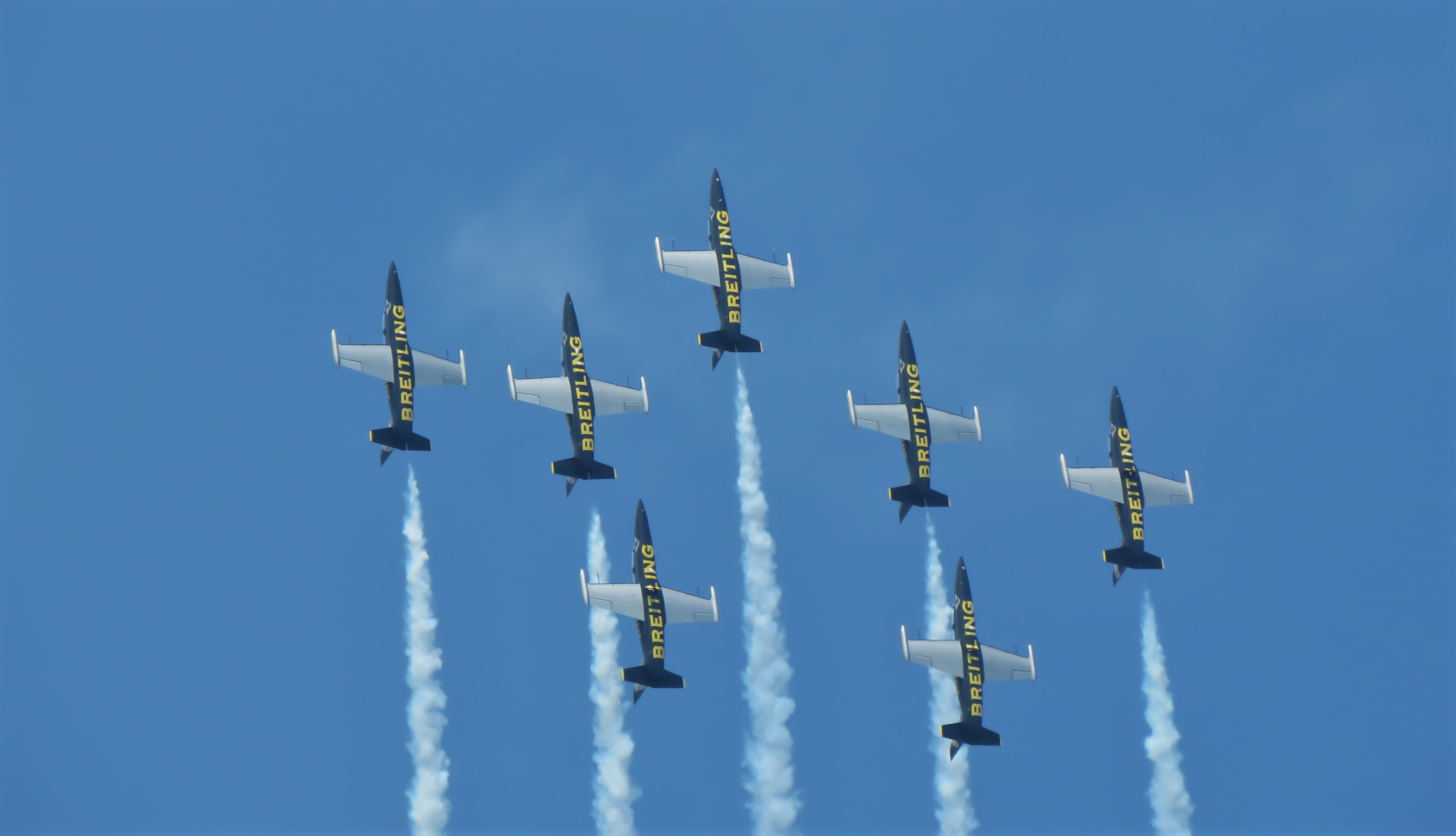 Bothelin’s airshow career began in 1980, flying a Mudry CAP-10. Two years later, he began leading a three-ship team of Marchetti SF-260s known as Patrouille Martini. The SF260 was replaced with the Pilatus PC-7 in 1988, and the team was renamed Patrouille Ecco from 1991 to reflect their new title sponsor. A fourth PC-7 was added to the display, and the team name was later changed again to Patrouille Adecco.

The loss of Adecco sponsorship in 1998 saw the team reduced to just two aircraft in 1999, 200 and 2001, taking the name Les Apaches – the company which owned and operated the aircraft.

In 2001, Apache Aviation sold its PC-7 fleet and purchased the L-39C Albatross. With sponsorship from Algerian businessman Rafik Khalifa, Bothelin began again leading a display team in 2002, initially with two L-39s, but quickly increasing to four, and flying under the name Khalifa Jet Team. This was changed to Breitling Jet Team in 2003, to reflect another change of sponsorship.

Under Breitling sponsorship, the Breitling Jet Team expanded to seven aircraft, making it the world’s largest professional civilian jet team. Several major tours followed, including a tour of east Asia in 2013 and a two-year visit to the United States and Canada in 2015 and 2016. Following the team’s return to Europe, the Breitling Jet Team performed mostly as a six-ship act. In total, Bothelin’s teams have staged over 3,000 performances in 39 countries.

Breitling sponsorship was withdrawn during the 2019 season, and it was widely expected that the jet team would be wound down at the end of the year. Instead, Apache Aviation announced in late 2019 that it was in talks with new sponsors, and expected to make an announcement in February 2020. As of March 2021, there have been no further developments.

In addition to their L-39Cs, Apache Aviation operate several TB-30 Epsilon turboprop training aircraft which have occasionally performed at airshows such as the Meeting de France, Apache Aviation’s home show in Dijon. The company owns a Fairchild Metroliner, used as the jet team’s dedicated support plane. It has long been expected that the L-39C fleet may be replaced with new L-39NGs in the future, sponsorship permitting.

The Breitling Jet Team’s display was split into two sections. The first part of the display featured formation passes, loops and rolls by all six or seven aircraft, with formations named after Breitling products such as the Blackbird, Avenger and Chronomat. The more dynamic second half includes manoeuvres such as: 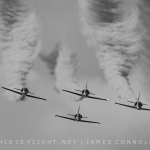 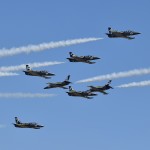 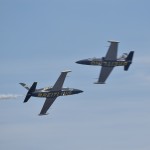 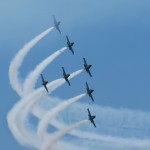 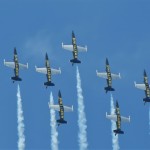 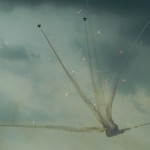 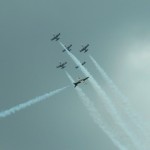