August 1st (Chinese: Ba Yi) are the main aerobatic team of China’s People’s Liberation Army Air Force. They are named after the date of the founding of the PLAAF, 1st August 1927. As of 2020, the team fly six Chengdu J-10 fighters in their display, and are the only Chinese aerobatic team to have displayed abroad. 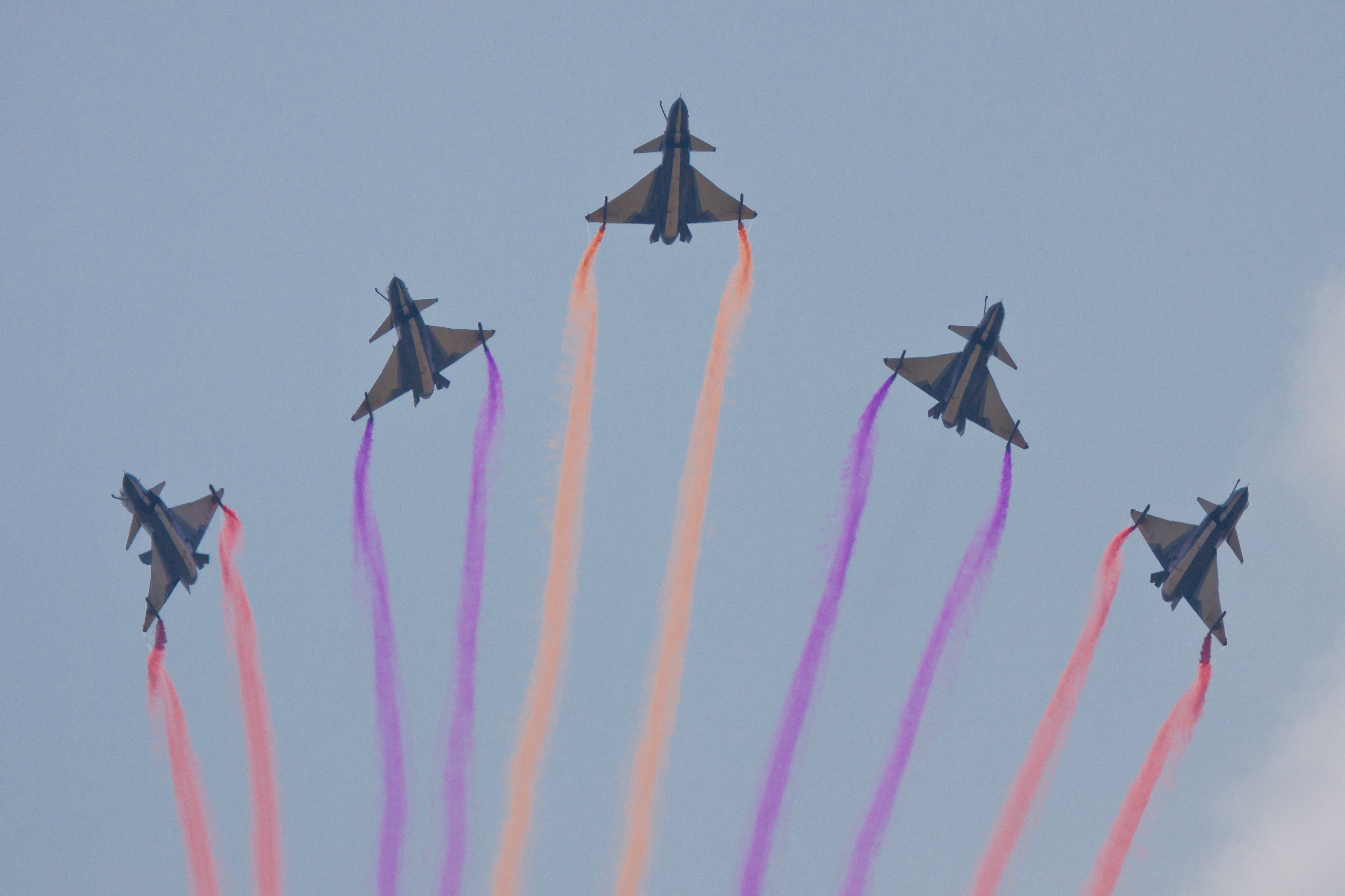 August 1st were formed in 1962 flying nine Shenyang J-5, the Chinese license-built version of the MiG-17, later switching to six Chengdu J-7s (license-built MiG-21s) in 1997. The team finally upgraded to the Chengdu J-10 in 2009, making their debut with the type at Airshow China at the end of 2010. Initially after the upgrade, the team used white smokewinders on each wingtip to generate smoke. These were soon replaced with purple, orange and red coloured smokewinders. Since 2017, the team have used a conventional smoke system, producing white, red, yellow, green and blue smoke. 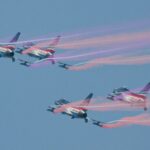 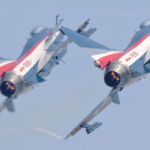 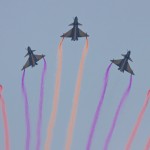