Following the disappointment of last year’s event as a result of the dismal weather, ‘Weston Air Festival’ returned for 2017 on one of the warmest weekends since 1976. With the promise of pleasant weather, it was no surprise that thousands of spectators flocked to the North Somerset seaside town to witness a varied flying display. Sunday’s flying display opened in a rather low-key fashion, with the Battle of Britain Memorial Flight only being able to provide their Hawker Hurricane Mk IIc, despite both the Lancaster and Spitfire having originally been scheduled to appear as well. Flown by Wg. Cdr. Stu Smiley, LF363 added very little punch and zest to the flying programme, with very few topside passes. Further Royal Air Force contribution came from the RAFAT Red Arrows, contributing a much-needed sense of energy to the morning’s action, which was much appreciated by the large crowds. Despite concerns, the team were given the required airspace by Bristol and Cardiff airports necessary to perform their full display. 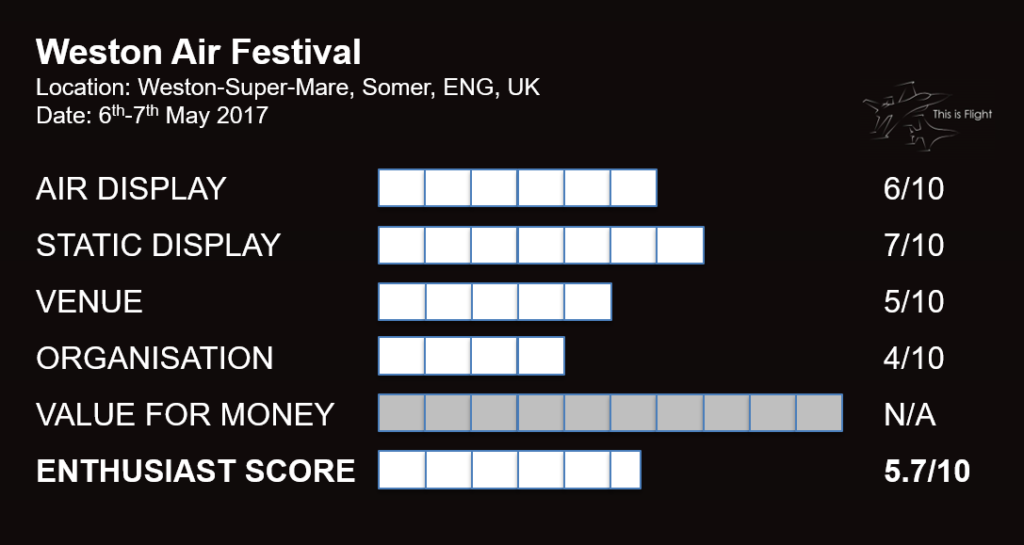 Mark Jefferies soon followed, providing the first of several solo aerobatic displays, with his Extra 330SC. The nine-time British aerobatic champion demonstrated the aircraft’s high-performance capabilities, with several well-performed stall turns and knife-edge passes. Lauren Richardson was also in attendance with her Pitts S-1S, adding to the strong line-up of solo aerobatics. Returning to Weston once again, was NWMAS’s BAC Strikemaster Mk.82. Wearing its former Royal Omani Air Force colours, G-SOAF was the first of two classic jets to appear on the Sunday. As a further bonus, the aircraft displayed alongside Rich Goodwin’s Pitts S-2S; an unusual but well-received duo. 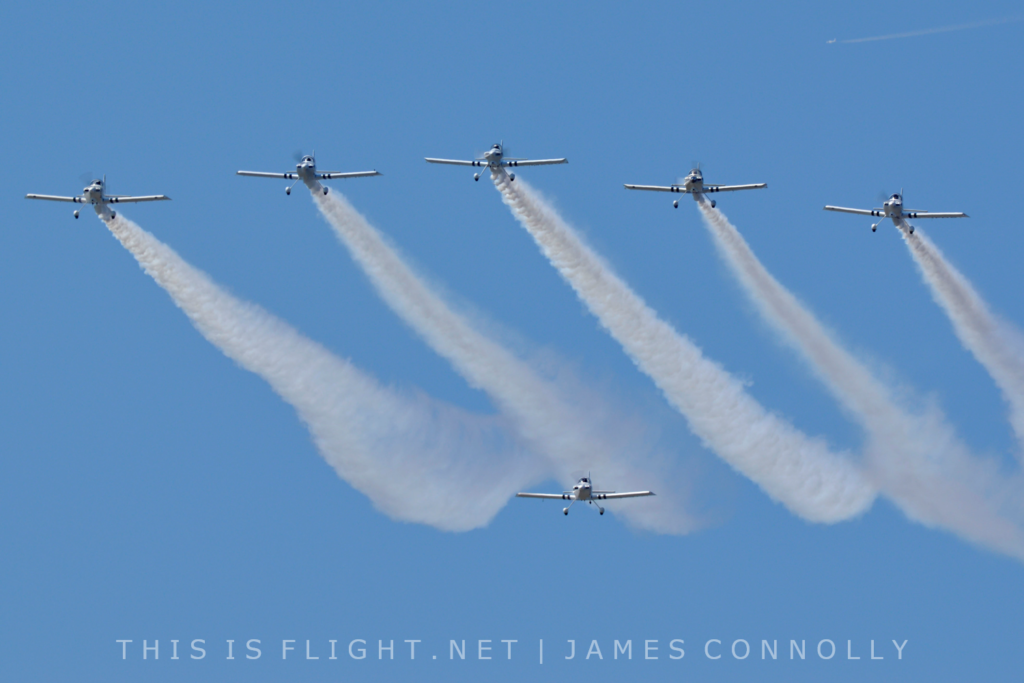 Unfortunately the event did encounter a few dilemmas, perhaps the biggest being the fiasco of the infamous red tape. One of Weston’s drawbacks is the unusual crowdline barrier, preventing spectators from entering the sea – usually a major perk of a seaside airshow. Despite the constant announcements, it seemed that many people were unable to obey the simple request for them to stay behind the red tape. As a consequence, the flying programme had to be interrupted on numerous occasions, whilst the RNLI cleared spectators from the sea. 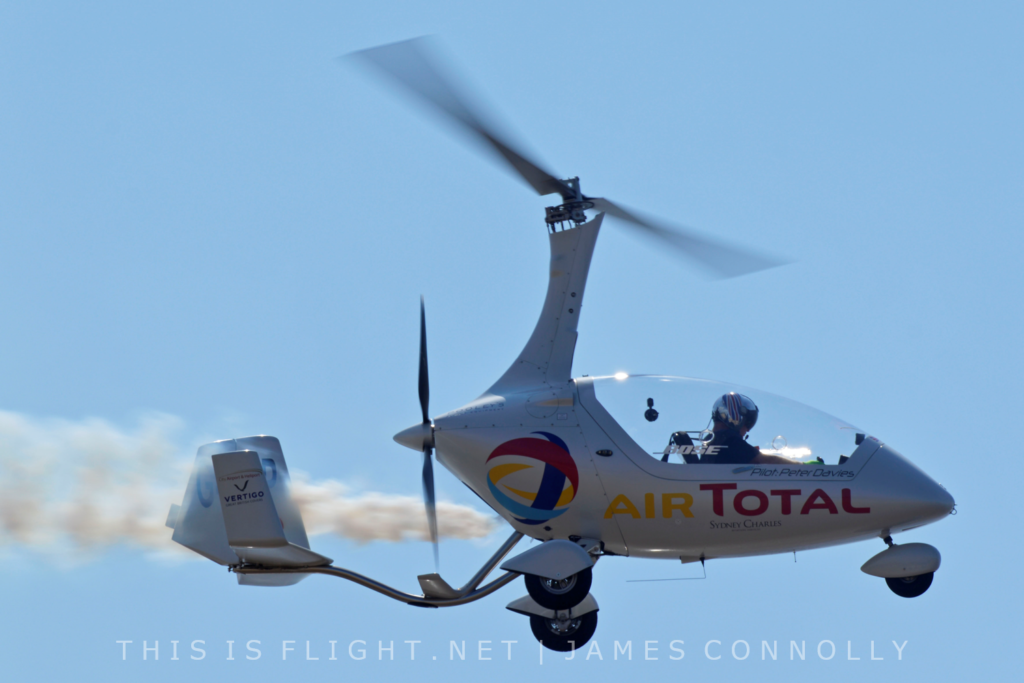 Rotary action was provided by several helicopters, both in the air and on the ground. Weston is one of very few seaside events that boasts a static line-up. This year’s showground welcomed a very rare Italian Air Force AW139, as well as a Royal Navy AW159 Wildcat amongst others. Making its aerial debut at Weston was Lift West’s Westland Whirlwind HAR 10; beloved for its bulky airframe and whining Rolls-Royce Gnome engine, the helicopter gave a ‘Search and Rescue’ demonstration on the Saturday only. The Gazelle Squadron always contribute greatly to Weston Air Festival, and this year was no different with two examples on the ground, as well one in the air. An act that is perhaps well-suited for seaside events was Peter Davies’ Calidus Autogyro; due to the Autogyro’s low speed, Peter is cleared to fly 50m from the crowdline at 100ft or less – something that he used to his full advantage. 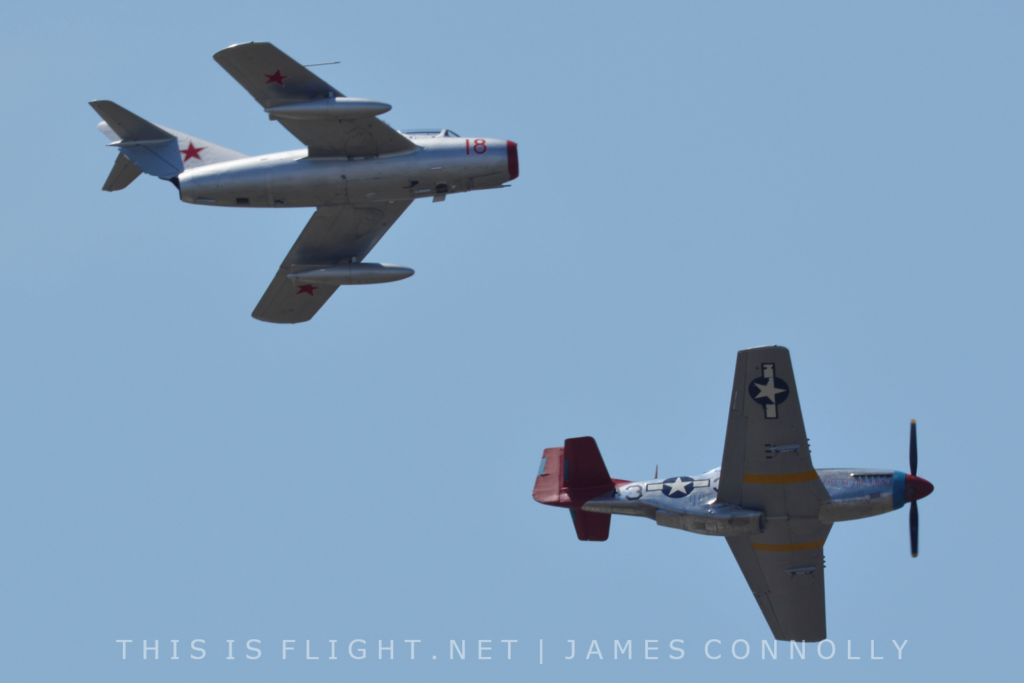 Those who attended on the Sunday, were treated to a rare and unique pairing consisting of Peter Teichman’s North American P-51D Mustang and the Norwegian Historic Flight’s MiG-15UTi. The pair performed several passes before splitting off into their individual displays. As usual, Peter put the Mustang through its paces in what could only be described as a very gracious display. However, due to Weston’s distant display line, the MiG-15 appeared rather underwhelming. Bringing the first half of the flying programme to a close was Plane Sailing’s much-loved PBY-5A Catalina; a common sight at UK seaside events, G-PBYA is always an impressive sight over Weston mostly due to its large wingspan. 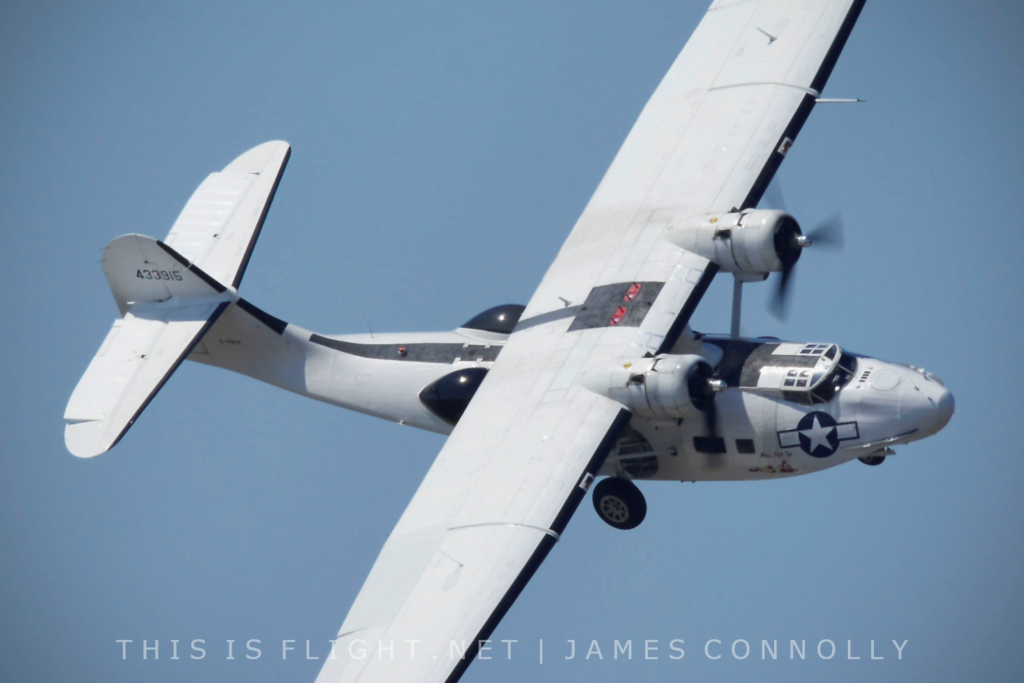 Operating out of nearby MOD St. Athan, Team Raven gave a spirited performance with their formation of six aircraft: one RV-4 and five RV-8s. Led by Simon ‘Sid’ Shirley, the Ravens are a phoenix of the disbanded Team Viper and Team Osprey, and are expected to have another successful season with the team scheduled to appear in the Republic of Ireland and mainland Europe. The Trig Team and The Blades also provided further formation aerobatics during the afternoon. 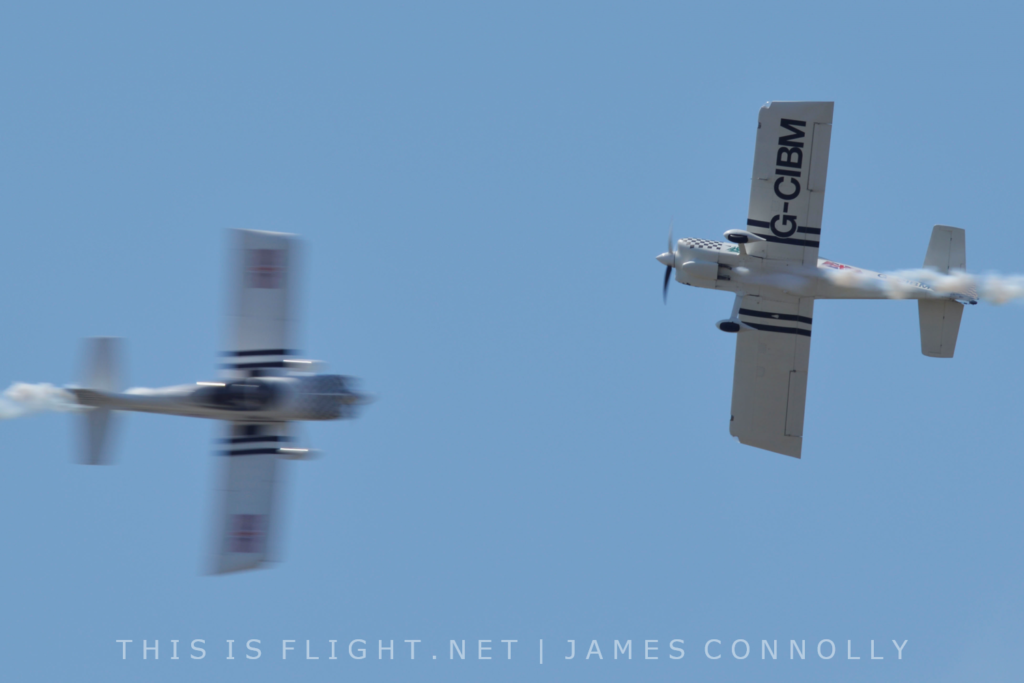 Closing the show in style was the Royal Air Force’s Typhoon FGR.4, displayed by Flt. Lt. Ryan Lawton. Ryan is already having a busy season having performed at events as far afield as Helsinki. The multirole fighter added a change of tempo following several distant displays, including a placid performance from a Boeing Stearman (the aircraft presenting more of a spectacle for those watching from Brean Down). 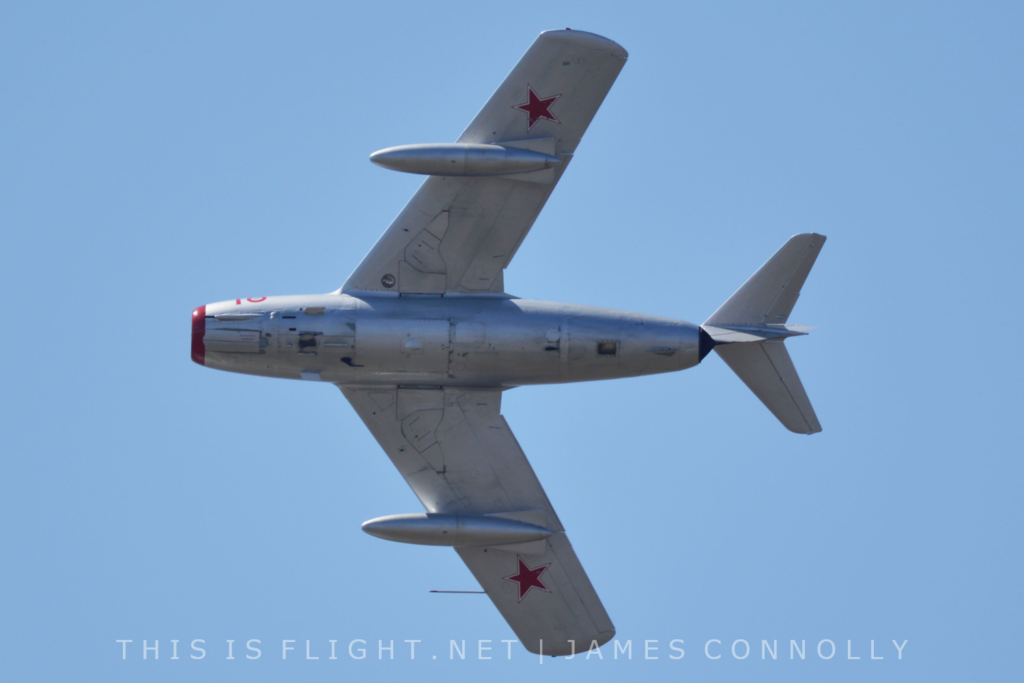 Despite the perfect weather, the show was slightly spoilt by the selfishness of those who felt that the crowdline barrier didn’t apply to them. As a result, the display line was pushed even further back, making photography very challenging – exacerbated by the burdensome haze. Nevertheless, Weston Air Festival provided an enjoyable day for those in attendance with plenty of entertainment, both in the air and amongst the showground.