Ready. Set. Go! That’s how the show at Quonset Airport starts. This is a show that you have to show up early to. Every photographer, let alone an aviation photographer, dreams of perfect lighting conditions. Quonset gives just that with a north eastern facing show line and the sun at your back the majority of the day. 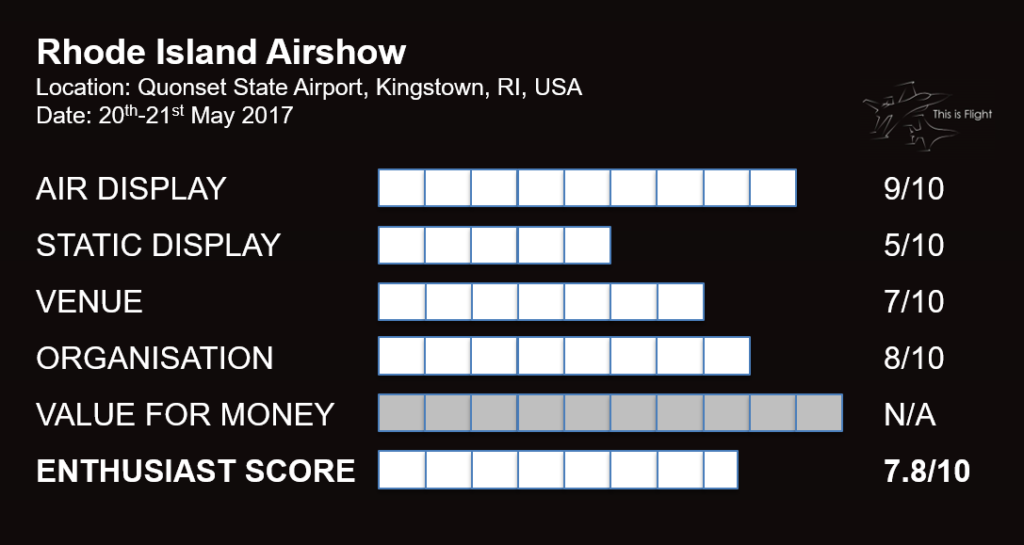 A first to this show, I impatiently awaited the show to start as the crowd waits for the volunteer team to drop the rope and then it’s a mad dash by the crowd to get to your spot on the crowd line. Unfortunately, the Canadian Snowbirds made a last second change, and would not be attending the show. One cannot object due to the fact the “Boss”, or number one pilot stated that they needed to schedule additional training sessions before resuming their airshow season. Disappointing, but nonetheless, respectable as everyone bears safety in mind for every airshow. 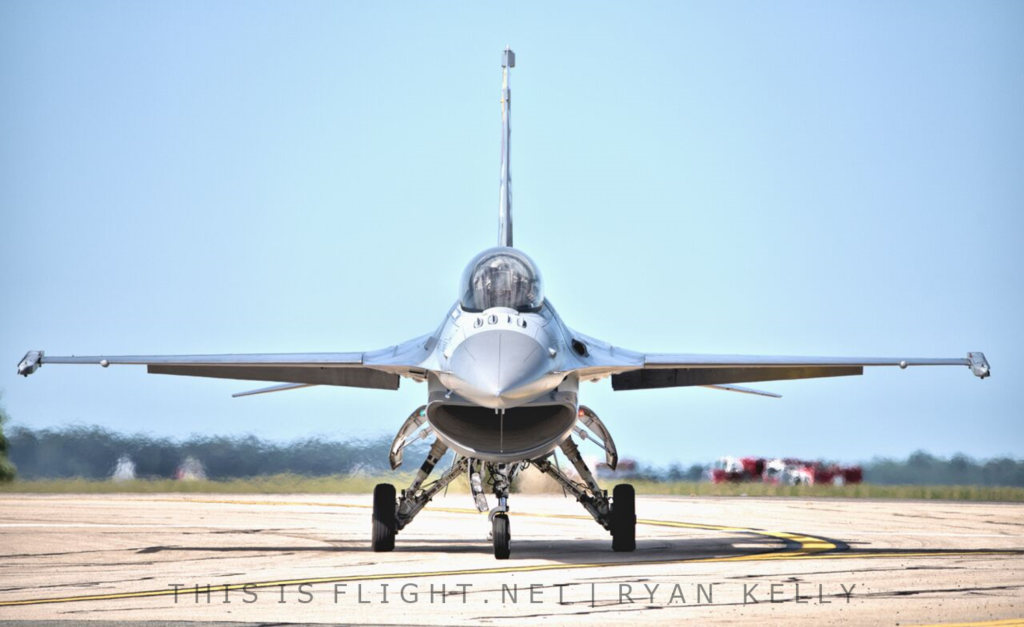 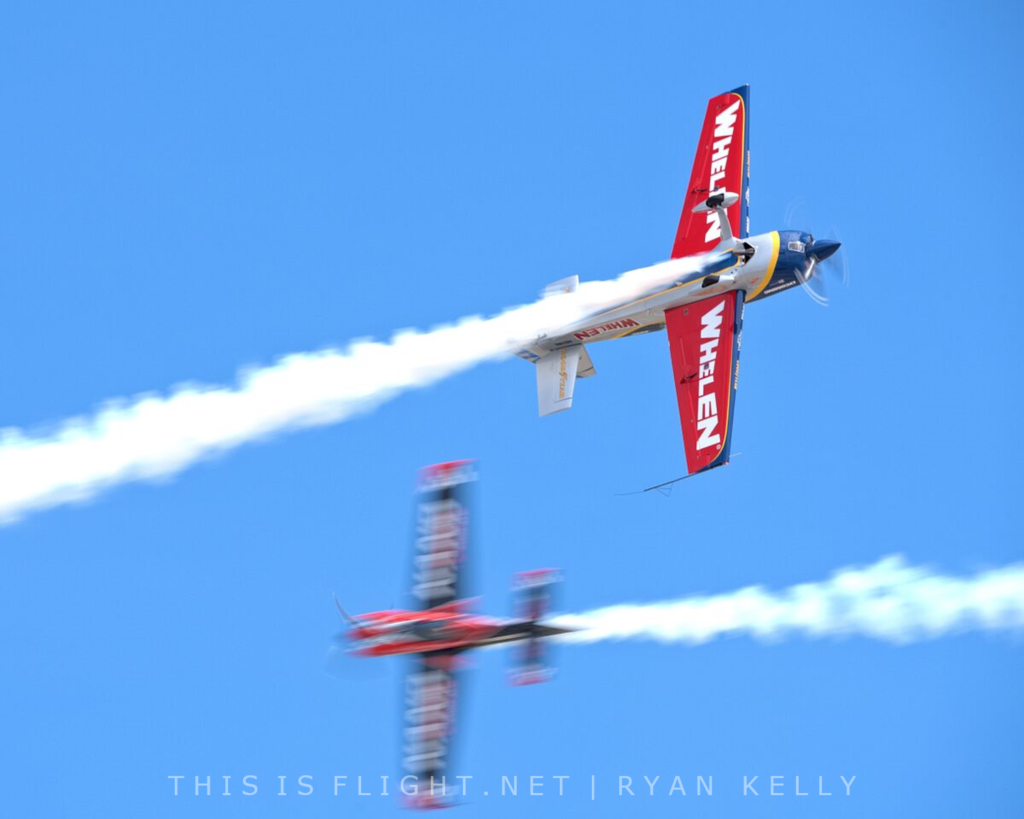 The typical protocol when a headliner does not show is to have some performers step up and do a double segment of their show. The crowd could expect multiple demos from the military teams, along with a fantastic pairing of Mike Goulian and Rob Holland. It was asked for every performer to step up to the plate, and every performer did so! 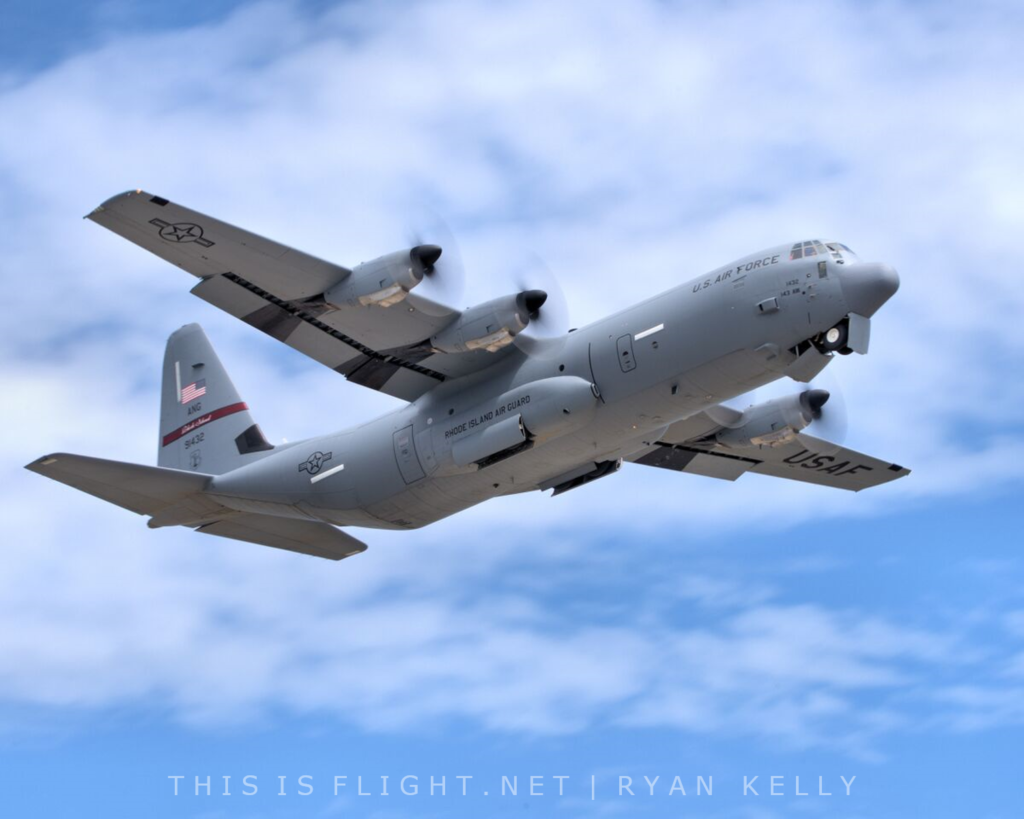 The Rhode Island Air Guard sent two C-130J Super Hercules to the sky along with AH-64D Apaches, UH-60 Blackhawks and a CH-47 Chinook that would take part in the Combined Arms Demo. This demo showcased the capabilities to secure an area and insert troops and vehicles. 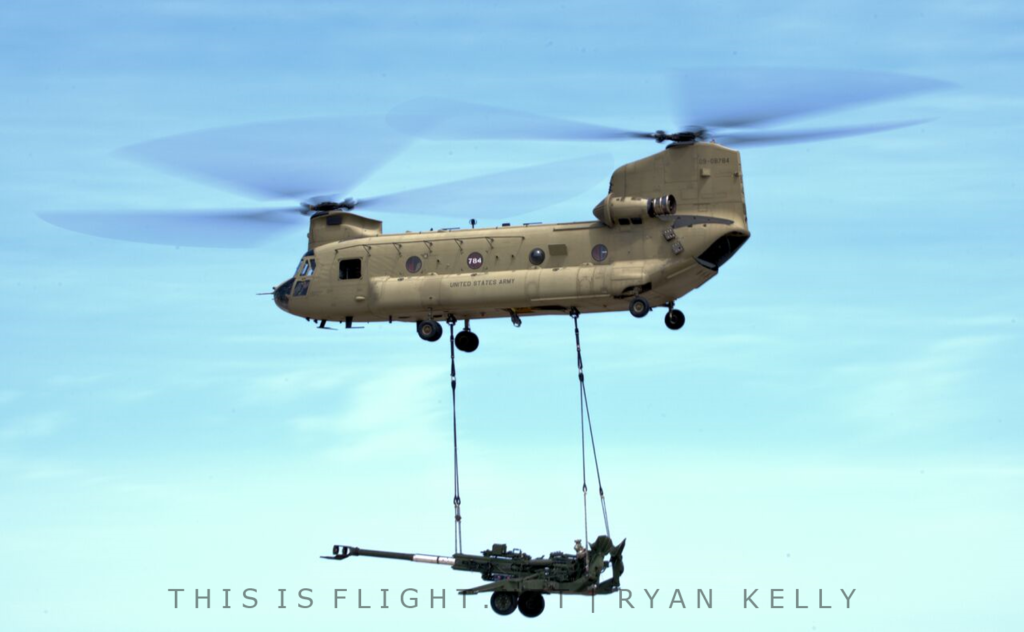 The Marines sent two AV-8B Harriers from MCAS Cherry Point that performed two demonstrations during the day and provide a stellar display of flying capabilities with the Harrier in hover and Short Field take off/landing capabilities of the aircraft. 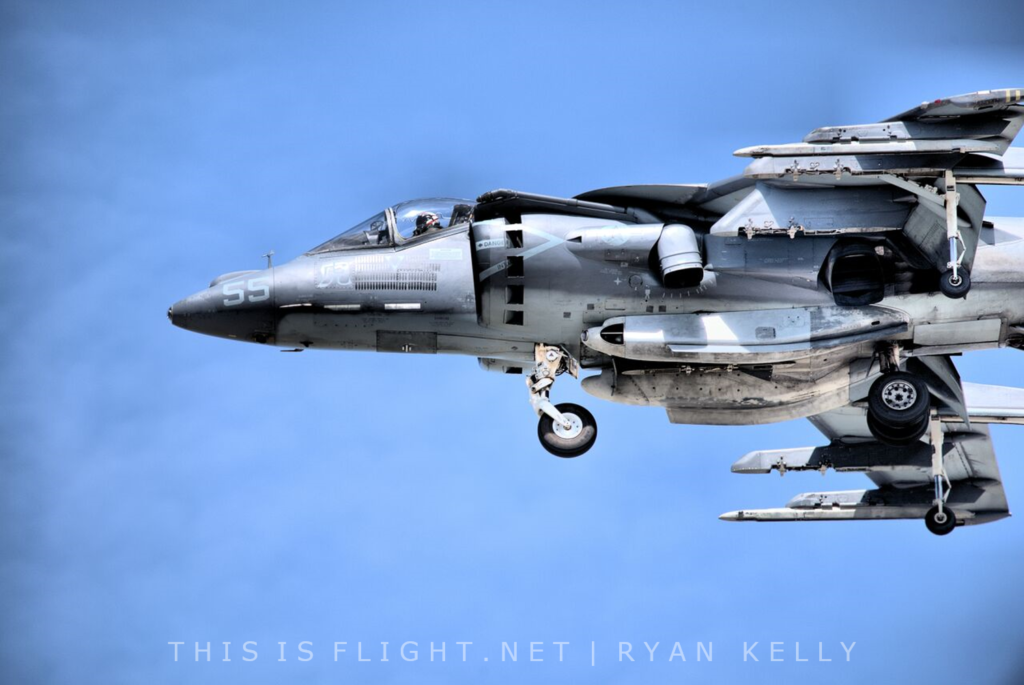 The Viper Demo team from Shaw AFB display showcased the special paint scheme on their F-16C and provided an aggressive demonstration of the capabilities of the Lockheed Martin aircraft. Not to be outdone, the Navy provided two stellar performances with the F/A-18 Super Hornet from the Tactical Demonstration team from VFA-106 out of NAS Oceana. The team certainly push the aircraft to its limits, slowing it at one point to just 90 knots! 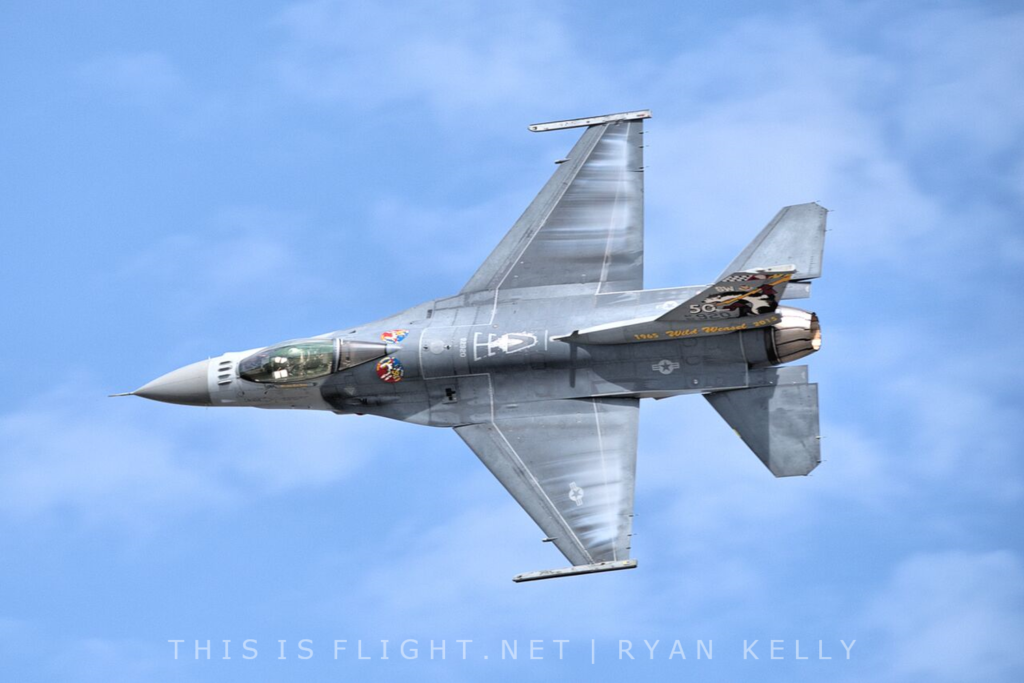 The civilian performers certainly stunned the crowd with crisp aerobatics and superb professionalism. It was a real treat to see Randy Ball and his MiG-17 – one of the first afterburning aircraft. His performance is filled with some excellent low flying passes and closeups of the former-Soviet bird. A further exceptional performer that stood out was the Screaming Sasquatch. A Waco biplane with a turbine engine attached to the bottom. What a unique sound to hear the propeller tips reaching supersonic speeds followed by the roar of a jet engine! 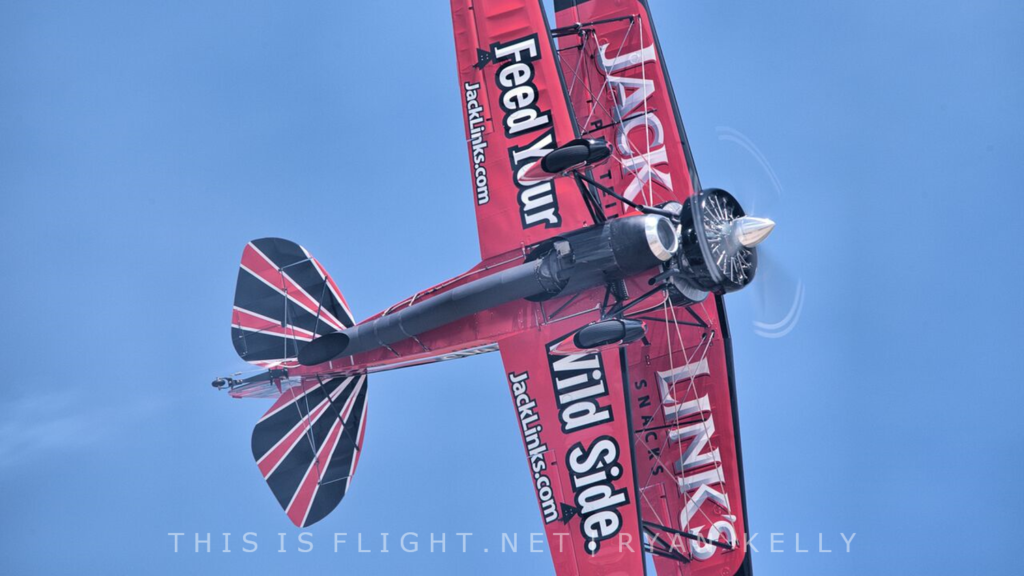 From the crispness of the aerobatics, to a turbine engine on a Waco biplane, to the might and muscle of the US Military, I would be remised to say that between the hospitality, lineup of performers, and the outstanding lighting conditions that every photographer dreams of, I would rank Quonset as one of the best shows this reporter has been to… period. 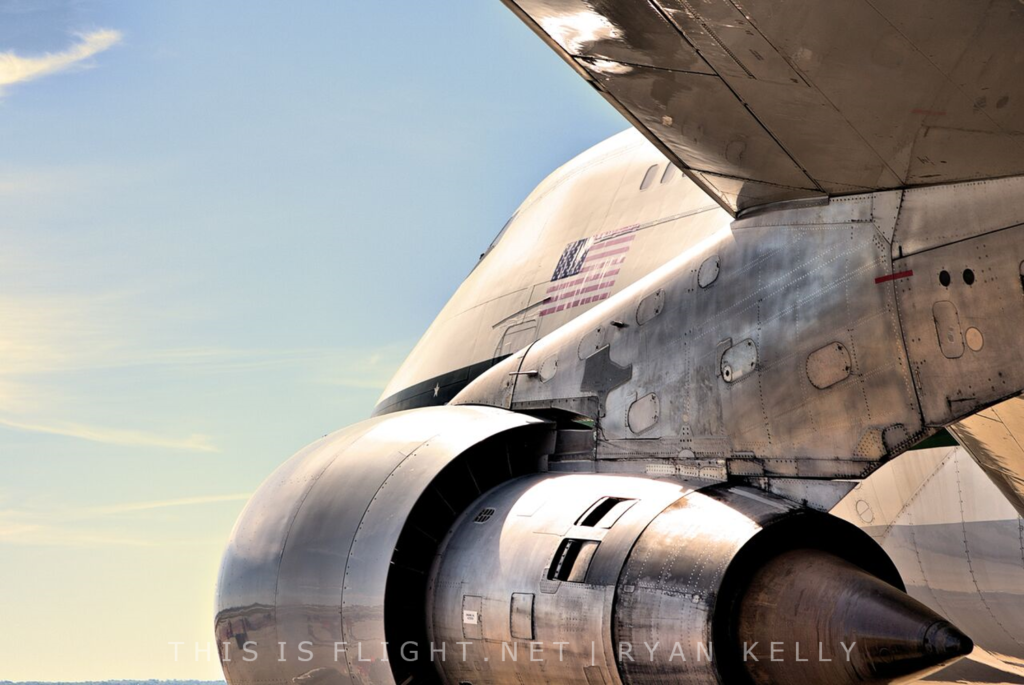