This year’s New York Air Show was the third consecutive show at Stewart International Airport, a combined civilian and military base that’s home to the 105th Airlift Wing. For the second straight year, a military demonstration team would be performing for the weekend; this year’s show would play host to the US Navy Blue Angels along with several other acts that were sure to impress. 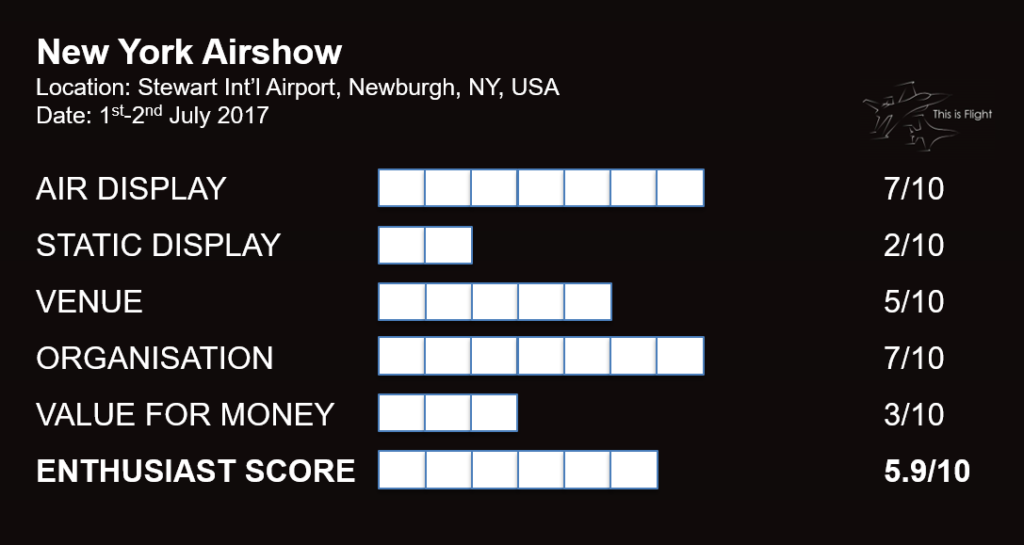 Each year, the parking setup has been different as they are likely trying to work out the kinks to find a system that works. Unfortunately for the majority of people, that wasn’t the case this year, with lengthy queues of up to three hours. The crowd area itself is on a mile-long taxiway that parallels the runway and subsequently, the air show box. This is a golden opportunity for static displays; however, this aspect of the show was a major disappointment as there was very little static to speak of. A handful of aircraft, and every food vendor under the sun were what was presented – and despite the abundance of competition, food options were still significantly overpriced. 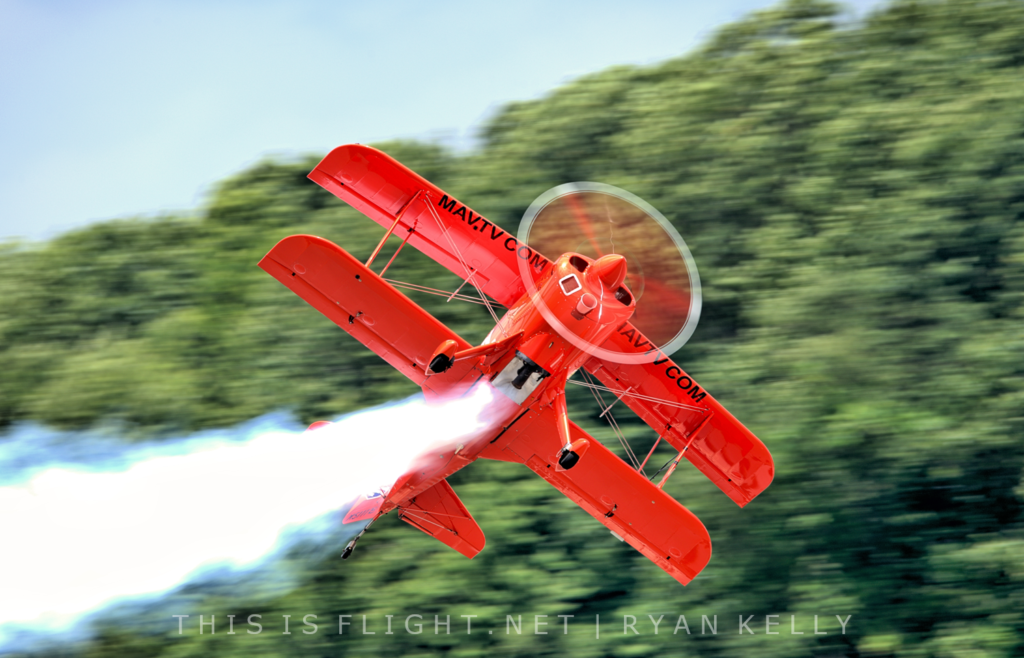 To open the show, Mike Wiskus in his Lucas Oil Pitts aircraft circled the traditional parachute drop during the national anthem. Once the jumpers were on the ground, Mike gave his excellent solo aerobatic display that pushed the Pitts to its limits! A strikingly beautifully painted aircraft in all orange, he wowed the crowds of New York with his trademark ribbon cuts. Following him, the home team would be up next, displaying the incredible capabilities of the C-17 Globemaster III. From high speed to low, this aircraft can really perform! To end their performance, they demonstrated the aircraft’s incredible short-field landing capabilities, landing in under 2,000 feet. 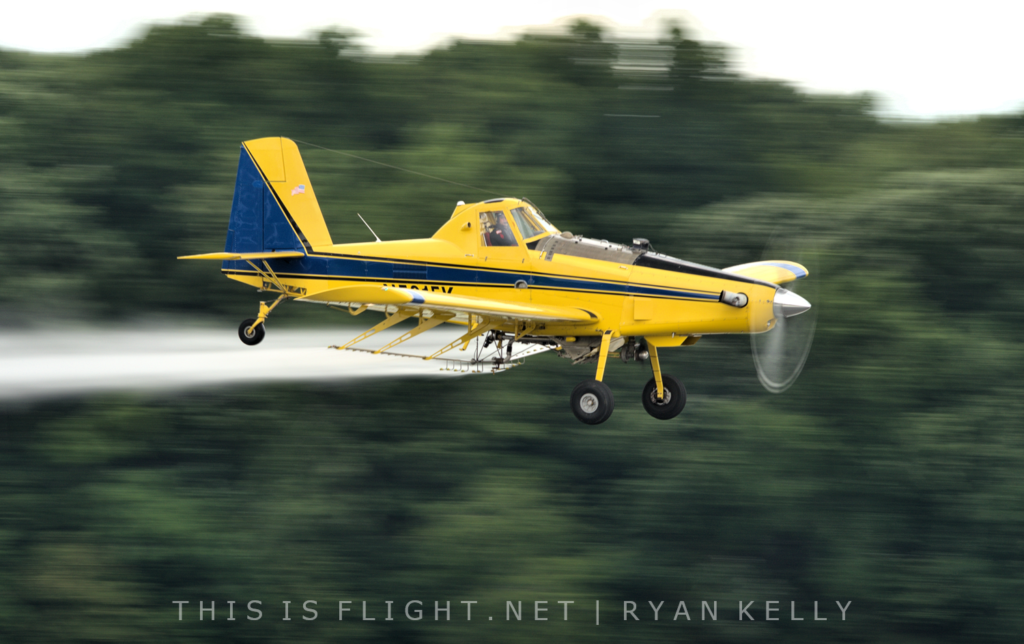 Up next was a first at a show for this reporter, a crop duster! With smoke trails under the wings, the diminutive aircraft gave a series of low passes just feet off the ground, making for some fantastic panning opportunities, with the bright yellow paint contrasting nicely the green backdrop of the trees on the opposite end of the airport. The USAF Heritage Flight took off next: Andrew McKenna and his all chrome, beautifully polished P-51D Mustang hugged the deck after taking off, followed by the newest aircraft in the U.S. military’s arsenal, the F-35A Lighting II, leaping off the ground in full afterburner!

The pair then entered a holding pattern while the US Air Force’s Viper Demonstration Team showcased the F-16C Fighting Falcon. They make 40-year-old technology look new, and the glow of the afterburner against a gray sky is a photographer’s dream! The performance was halted about halfway through due to inclement weather, however continued after a short delay. After the routine was finished, the Viper joined up with the P-51 and F-35 for the USAF Heritage Flight, making several passes showcasing the past, present, and future. Their demonstration ended with a beautiful break over show center, with a pitch up and a simultaneous aileron roll. 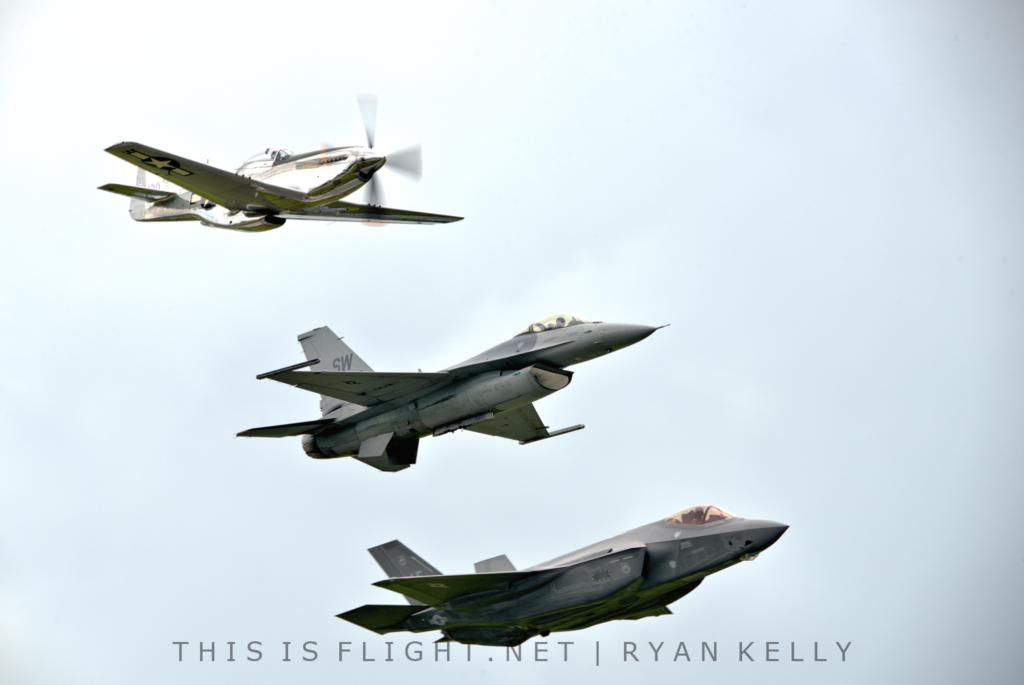 Due to weather being a factor, the Blue Angels agreed to bump their usual start time from 15:00 to 14:00. This ensured the crowd was able to see the best of the best the US Navy and US Marine Corps had to offer. The transport aircraft of the Blue Angels, affectionately known as Fat Albert, had recently joined the team. However, due to heavy maintenance of the aircraft over the last few months, the crew still had some training to do and unfortunately would not perform. Nevertheless, six Hornets in a demo can never disappoint! 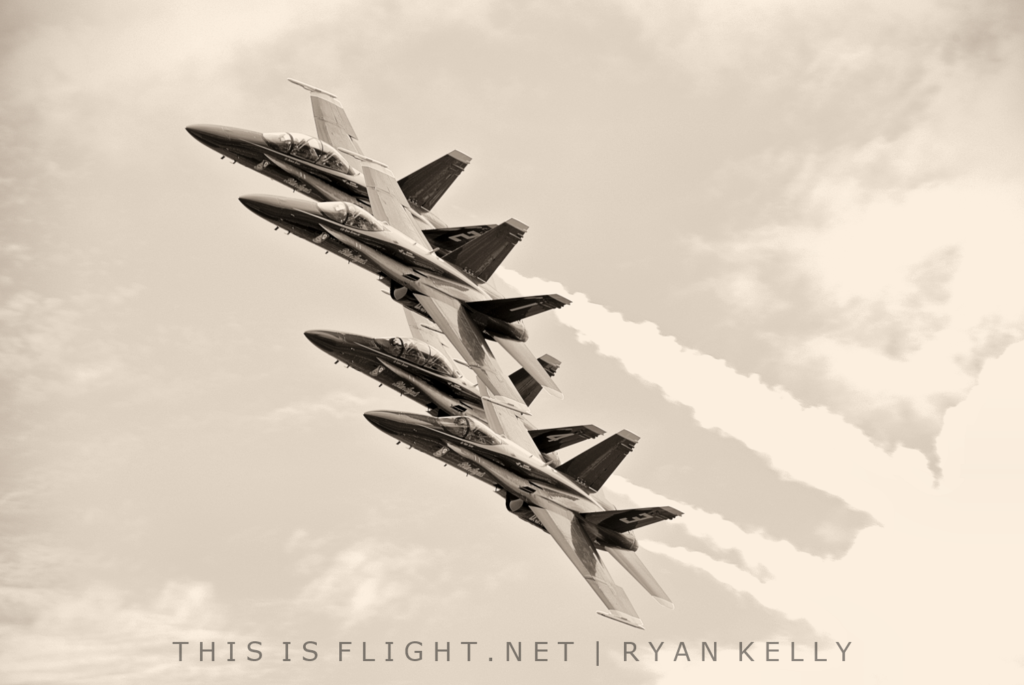 The team operate in a four-ship formation known as the “Diamond”, synchronized with the two solo jets, before the entire team eventually joins up. The Diamond four-ship showcases the beauty of close formation flying – 36 inches wingtip to canopy to be exact – while the solos showcase the ruggedness and power the F/A-18 Hornet has to offer for Navy and Marine pilots. The team showcased a near flawless show and gave the crowd a show of what power, technology, communication, and teamwork looks like. The team ends their show with all six aircraft in the diamond formation with a head on break, and then an eventual carrier break for landing. It is the fastest thirty minutes of flying you can witness. 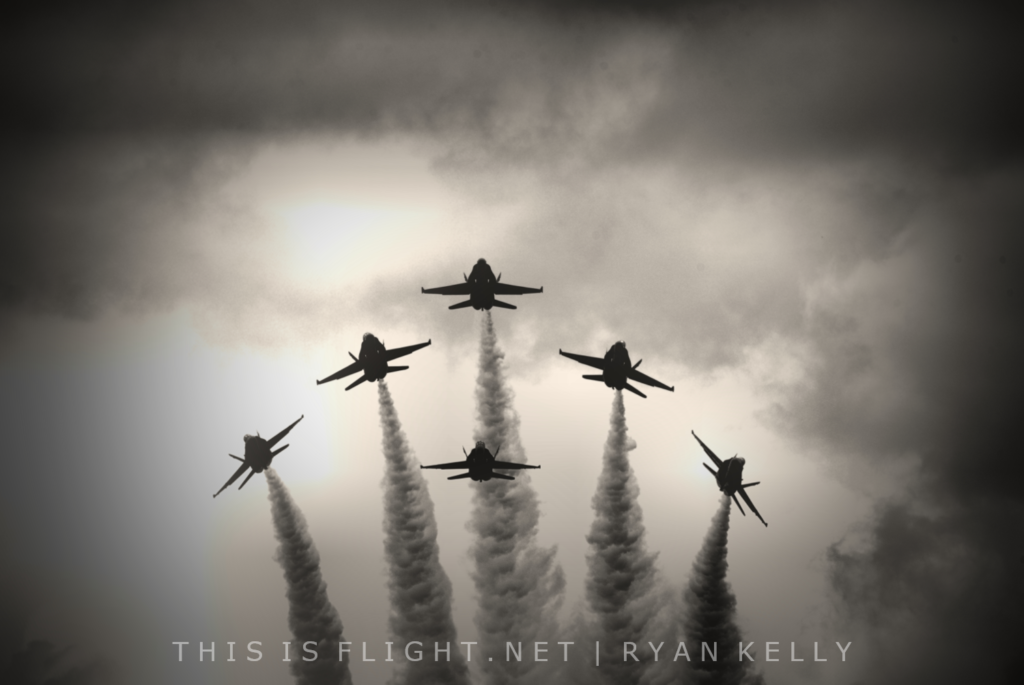 After the Blue Angels came the GEICO Skytypers, another six-ship formation team, this time flying the SNJ-2. Seen frequently along the East coast of the United States throughout the airshow season, and most recently for this reporter at the WWII Weekend in Reading, Pennsylvania, the routine of the Skytypers is of a slower, old-school style. In closing, the New York Airshow was one that presented a fantastic viewing of past and present technology. It’s a close-up to America’s airpower capabilities at these shows, and it takes a lot of hard-working men and women to not only make the shows happen, but also for the teams to perform and give the American public a glimpse at the incredible capabilities our forces have at their hands. However, organisational problems and the lack of a static display did anger and disappoint many, and leave significant room for improvement.