For those fortunate enough to attend Weston on the Saturday, they were able to catch a glimpse at what was scheduled to be a promising line-up. Although many of the headlining acts were still able to attend, the burdensome British weather played havoc with the flying programme. It was the Sunday though that was most heavily affected with numerous cancellations, leaving lengthy gaps in between the displays that did manage to make it. 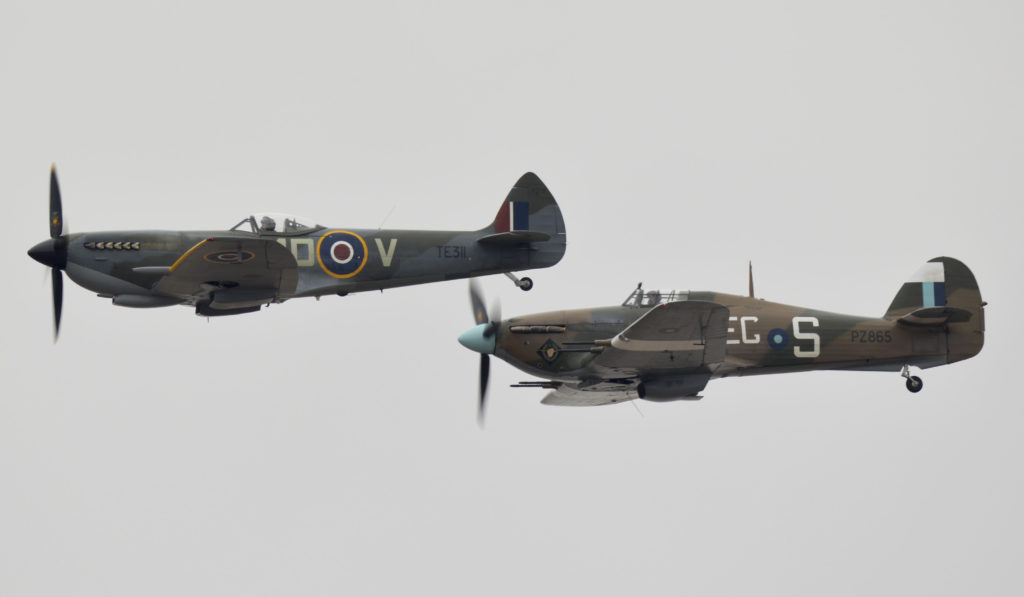 Currently the fighters are the BBMF’s only operational aircraft. Photo: James Connolly

Despite an unscheduled flypast from an Agusta Westland AW139, Sunday’s flying programme officially commenced with the Battle of Britain Memorial Flight displaying their Supermarine Spitfire Mk LF XVIE and Hawker Hurricane Mk IIc. It’s rather disheartening to hear that the Avro Lancaster will once again be absent during the first half of this year’s season. As a result, the pair’s display was rather tame, especially at a seaside event such as Weston where the display line is rather distant. The occasional topside pass from either aircraft would have been appreciated, especially by the photographers, who on many occasions had to settle for the underside of the aircraft. 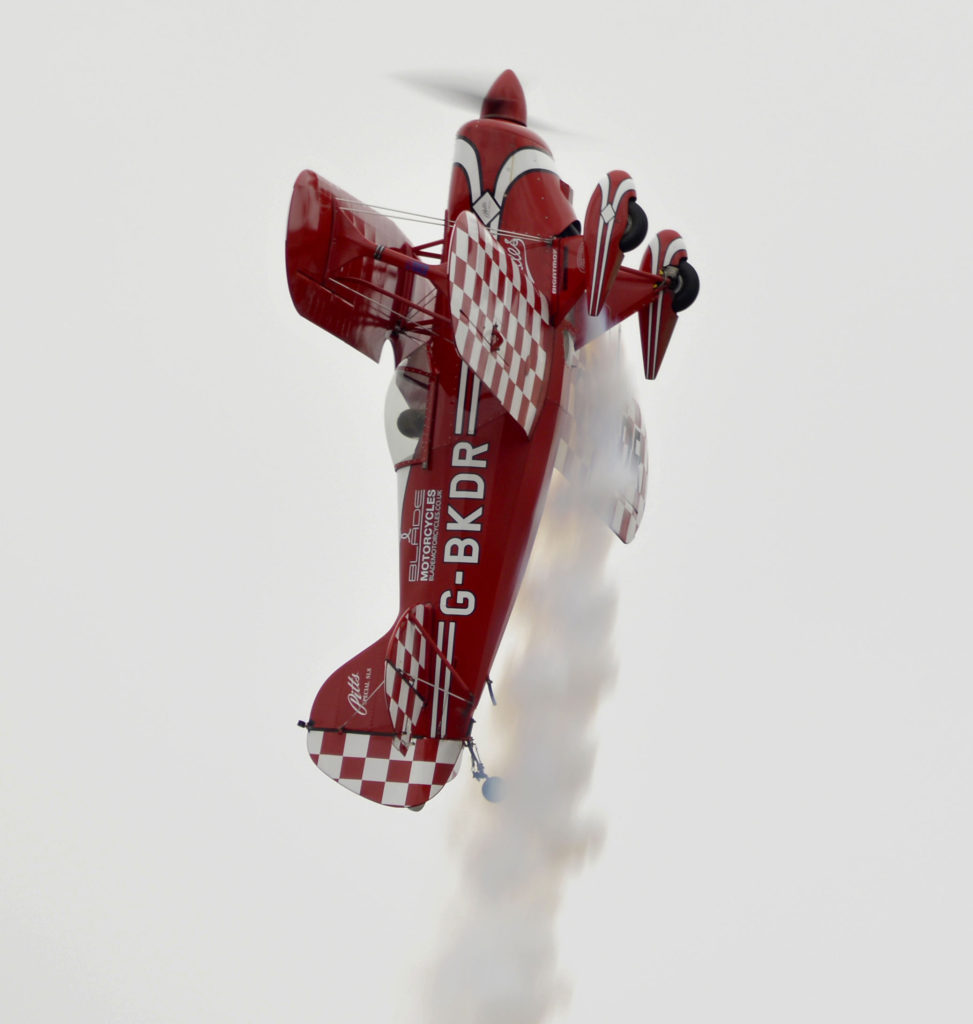 Lauren Richardson is one of the UK’s only female aerobatic pilots. Photo: James Connolly

The next display certainly provided a completely different contrast, with Lauren Richardson performing in her powerful Pitts S-1S. Lauren demonstrates the aircraft’s overwhelming capabilities with some precise rolls and knife-edge passes. Lauren has recently began training on other various aircraft including the Yakovlev Yak-50 and Percival Provost, which both unfortunately fell foul of the low cloud on the Sunday. Nevertheless, could we expect a unique flypast consisting of the Pitts and Yak-50, in the future? 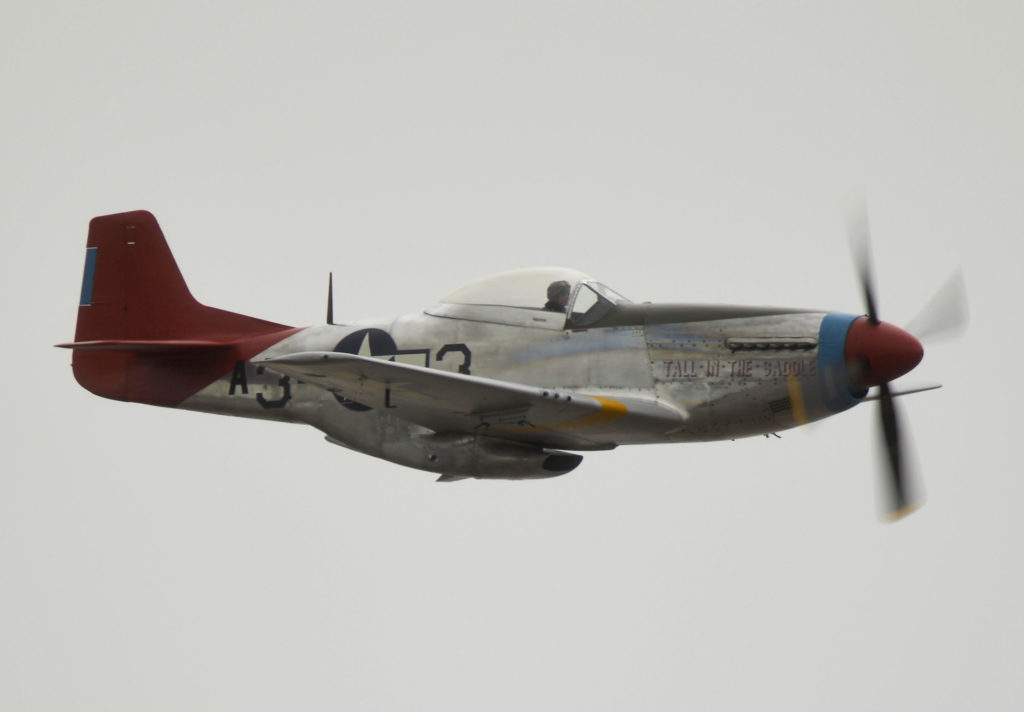 Despite these cancellations, it was rather pleasing to see Peter Teichman in attendance with his newly-schemed North American P-51 Mustang. This mighty warbird provides a delightfully chilling sound, produced by air passing over the gun ports. Peter managed to brave the appalling weather, which did sadly affect his display, with his routine consisting of mostly straight and level flypasts before turning away from the crowd. My only criticism would be that the display became rather predictable, however it would be unfair to blame Peter for this. 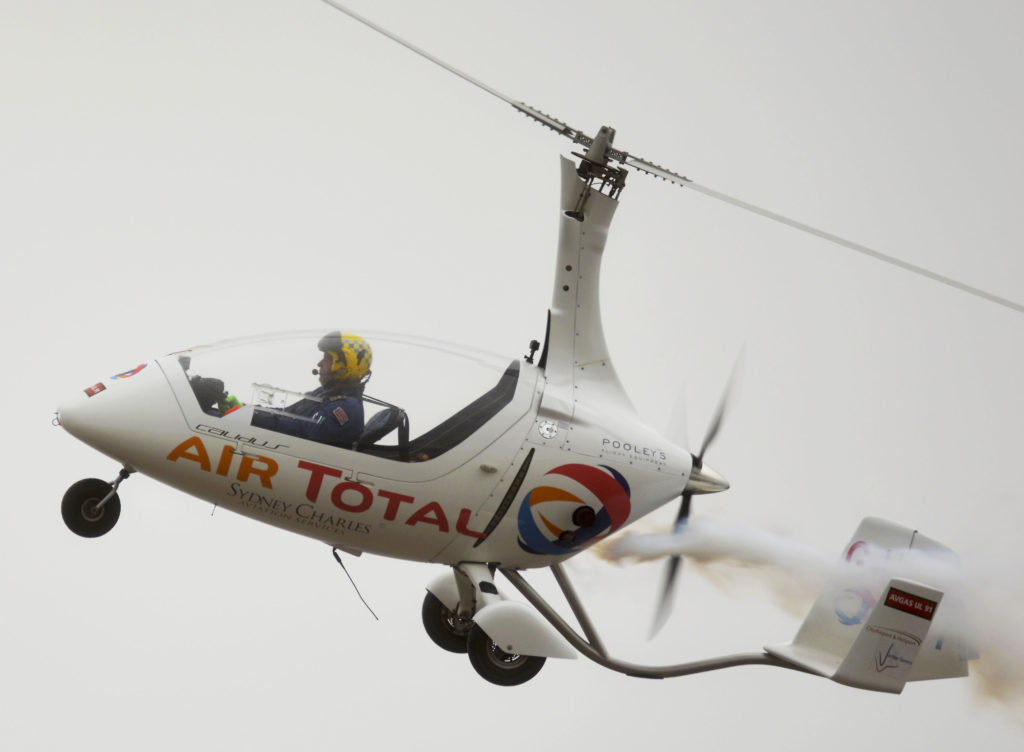 With its CAA exemption, Peter Davies can display his autogyro just 75m from the crowd. Photo: James Connolly

Having displayed at Torbay the weekend before, Peter Davies returned to the South-West in his Calidus Autogyro. The use of the Autogyro’s smoke system, and Peter being authorised to fly closer to the crowd, culminated in a very entertaining display. Whilst this didn’t exactly make-up for the cancellations of the Mig-15 and Gnat Display Team, it was good to see Peter raising the morale of the spectators, who’d understandably had their spirits dampened by the rain. One thing I did find rather unusual, was the concerning lack of spectators along the Weston seafront, which makes me question whether this is a consequence of post-Shoreham. 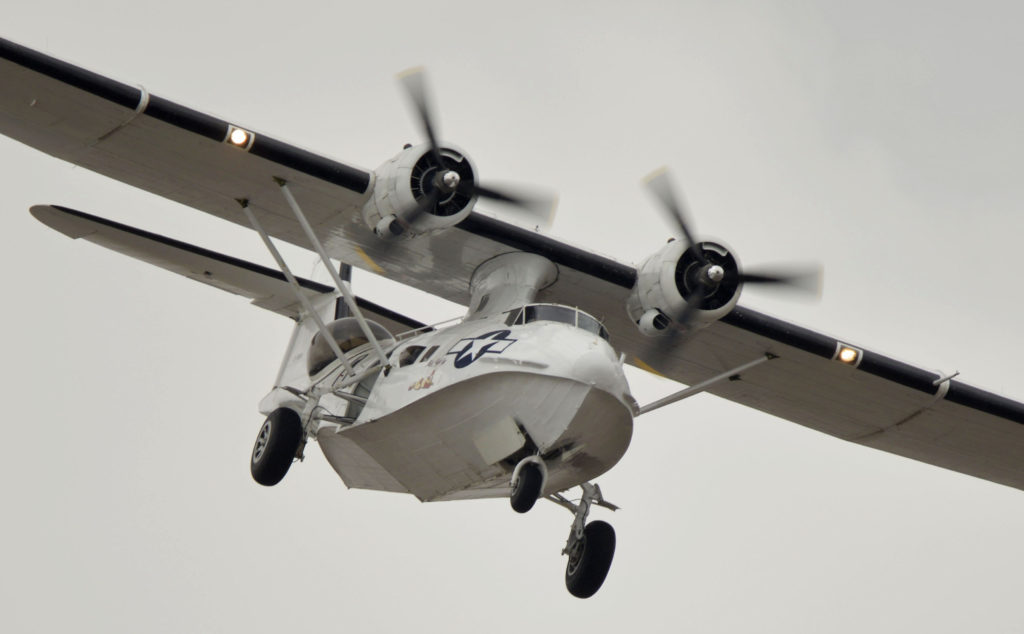 Another aircraft that braved the weather was the Consolidated PBY Catalina. However it must be said that the aircraft experienced far more unforgiving weather during the Battle of Midway when the aircraft was used during the infamous ‘Black Cat’ missions. The aircraft’s unique ability to land on water and long-range capabilities, made it ideal for its search and rescue role.  Whilst not originally being scheduled to, Gerald Cooper closed Sunday’s flying programme in his very agile Extreme Air XA41. It’s not surprising that this display is one of the most intense on the UK civilian airshow circuit, with Gerald having won multiple British National Aerobatic Titles. 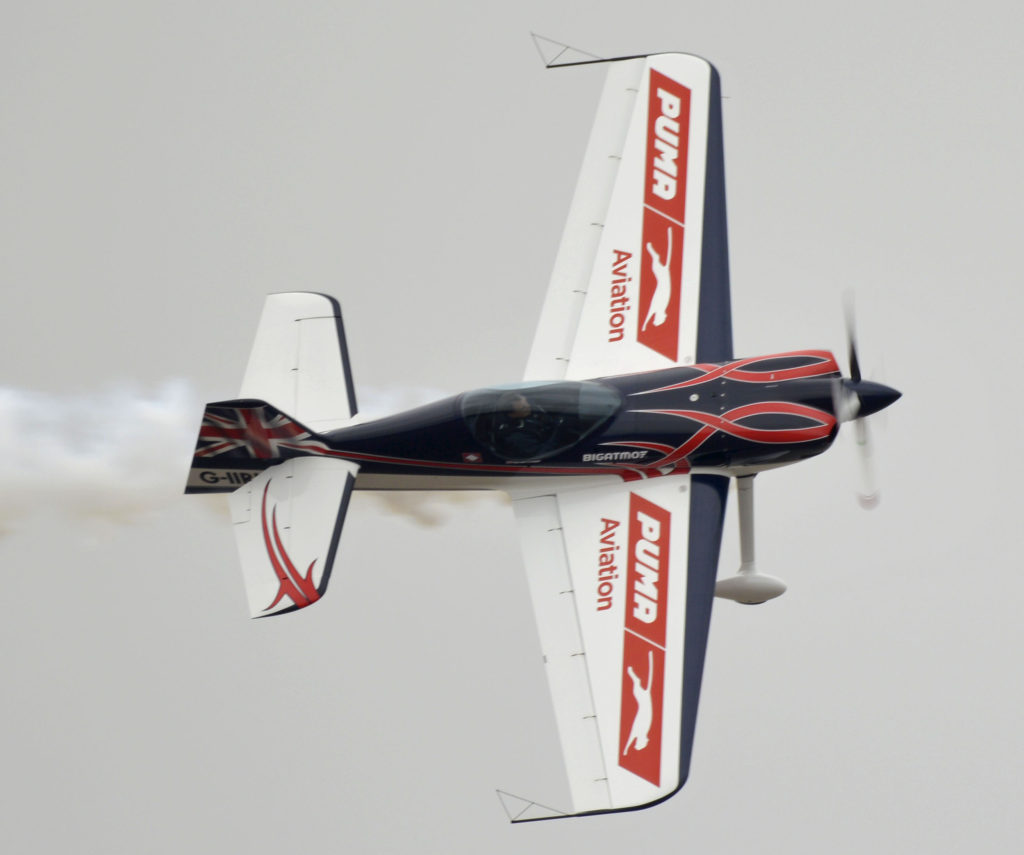 The XA-41 was designed by Philippe Steinbach and is also called the Sbach 300. Photo: James Connolly

One thing that separates Weston from other UK seaside shows is its ground attractions, including several static helicopters. Unfortunately the Westland Whirlwind was only able to attend on the Saturday; but the Royal Air Force’s Defence Helicopter Flying School were able to provide both a Squirrel HT1 and Griffin HT1, for the Sunday. Overall, you can’t help but feel sympathetic towards the event’s organisers, with Weston promising to be a huge success. It was evident from the number of spectators on the Sunday that the weather forecasts had rather devastating effects.