For its 2022 edition, the Canadian International Air Show (CIAS) has finally returned to its usual pre-pandemic format, with its dedicated viewing area located in the heart of downtown Torontoclose to the iconic “CN Tower”. 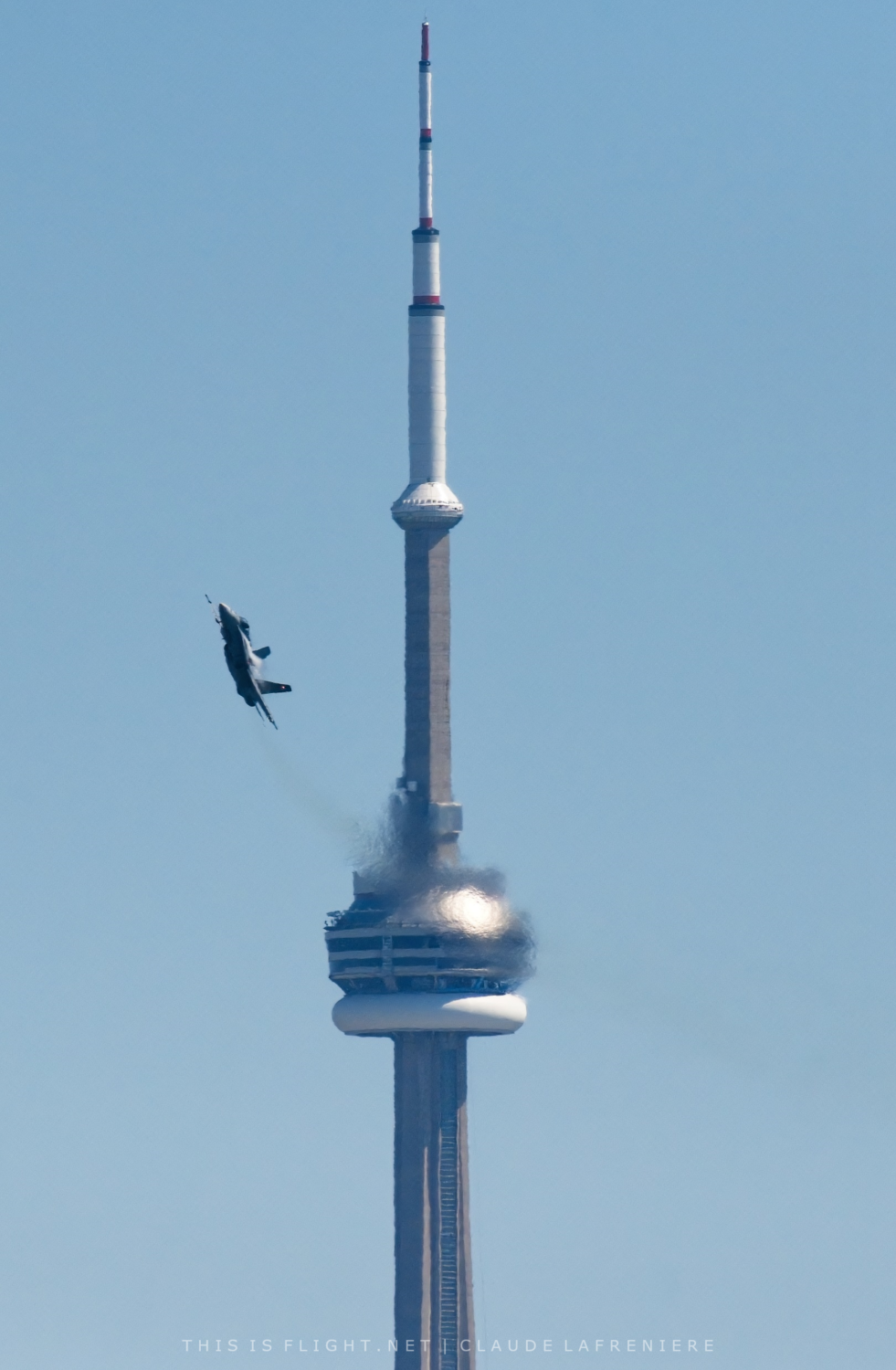 74 years since it was first held, the Canadian International Air Show is the longest-running and largest (in terms of attendance) airshow in Canada, with displays taking place along a 14km stretch of the shores of Lake Ontario.

Last year’s show, which went ahead without a dedicated viewing area, claims to have attracted an audience of around one million people, along with a record number of boats in the harbour. Commentary, which is usually broadcast only in the 2,500-capacity reserved seating area, was instead streamed online, reaching an audience of over 120,000. 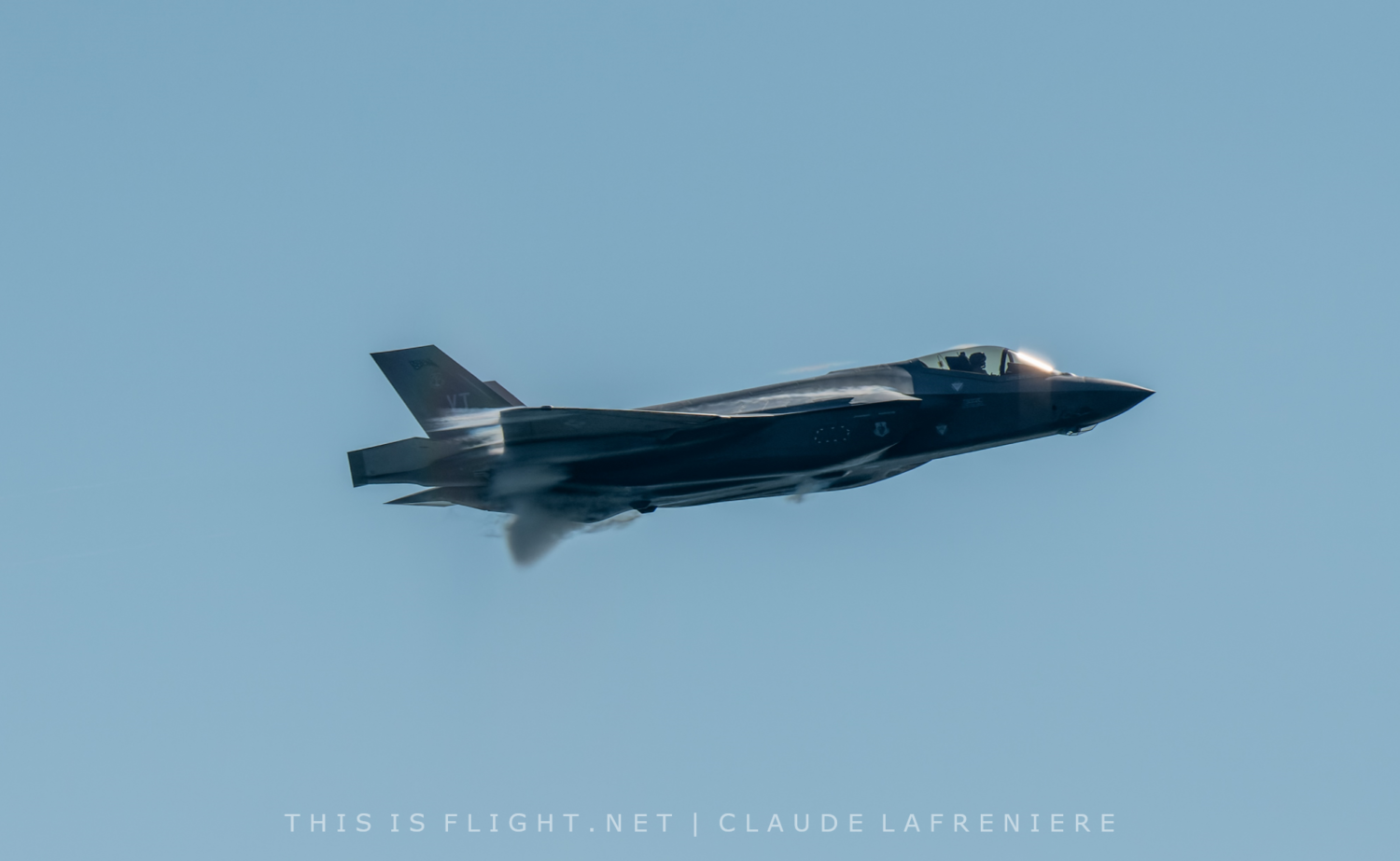 This year, the return of their exclusive viewing area on the lakefront at show centre ensured visitors could enjoy the best possible view of the displays for a fee of $80. There was also a Flight Deck Chalet package, which included seating, a buffet, open bar and meet-and-greet sessions with some of the performers – however, this package was not cheap, costing $275. For those watching for free, outside the official viewing area, narration was once again streamed live online.

The airshow began in magnificent weather: radiant sun and unseasonably warm temperatures during Friday’s rehearsals and on the first of the three show days. However, on Sunday, the weather was such that the entire show was cancelled. Monday’s show was able to go ahead under low overcast skies, with performers mostly flying their “low” shows. 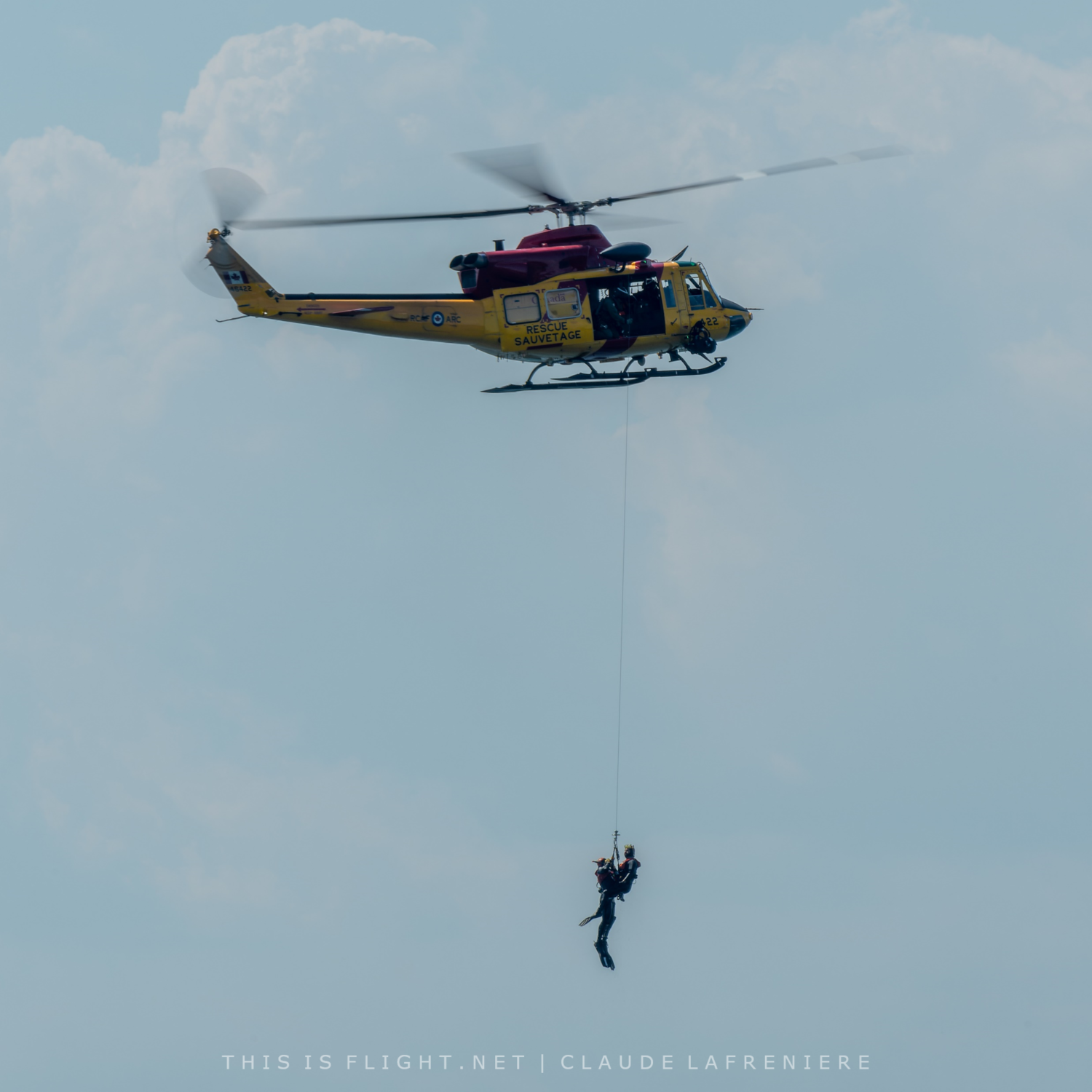 Compared to pre-pandemic years, when the program included 13-14 performers, this year’s roster was slightly shorter with a total of 11 aerobatic and demonstration teams. The much-anticipated Snowbirds from 431 Air Demonstration Squadron at 15 Wing Moose Jaw, Saskatchewan, had to forego their participation in this year’s CIAS, following a take-off accident at Fort St. John, BC, on the 2nd of August. The team’s CT-114 Tutors were temporarily grounded for around six weeks while the cause was investigated; organisers hoped for good news until the last minute, but reluctantly had to announce on the 27th of August that the Snowbirds would not be able to participate in the show.

Despite the absence of the Snowbirds, the “CIAS” was able to put together an exciting program of performances, which began with the Canadian Forces Skyhawks, participating in CIAS for the first time in 12 years. With a reduced team of five jumpers, they didn’t perform their usual formations, but made a splash on every jump, landing in the waters of Lake Ontario. A CC-130J-30 Hercules from 436 Transport Squadron, 8 Wing Trenton, acted as the jump ship for the Skyhawks and also demonstrated its ever-impressive low level manoeuvring capabilities. 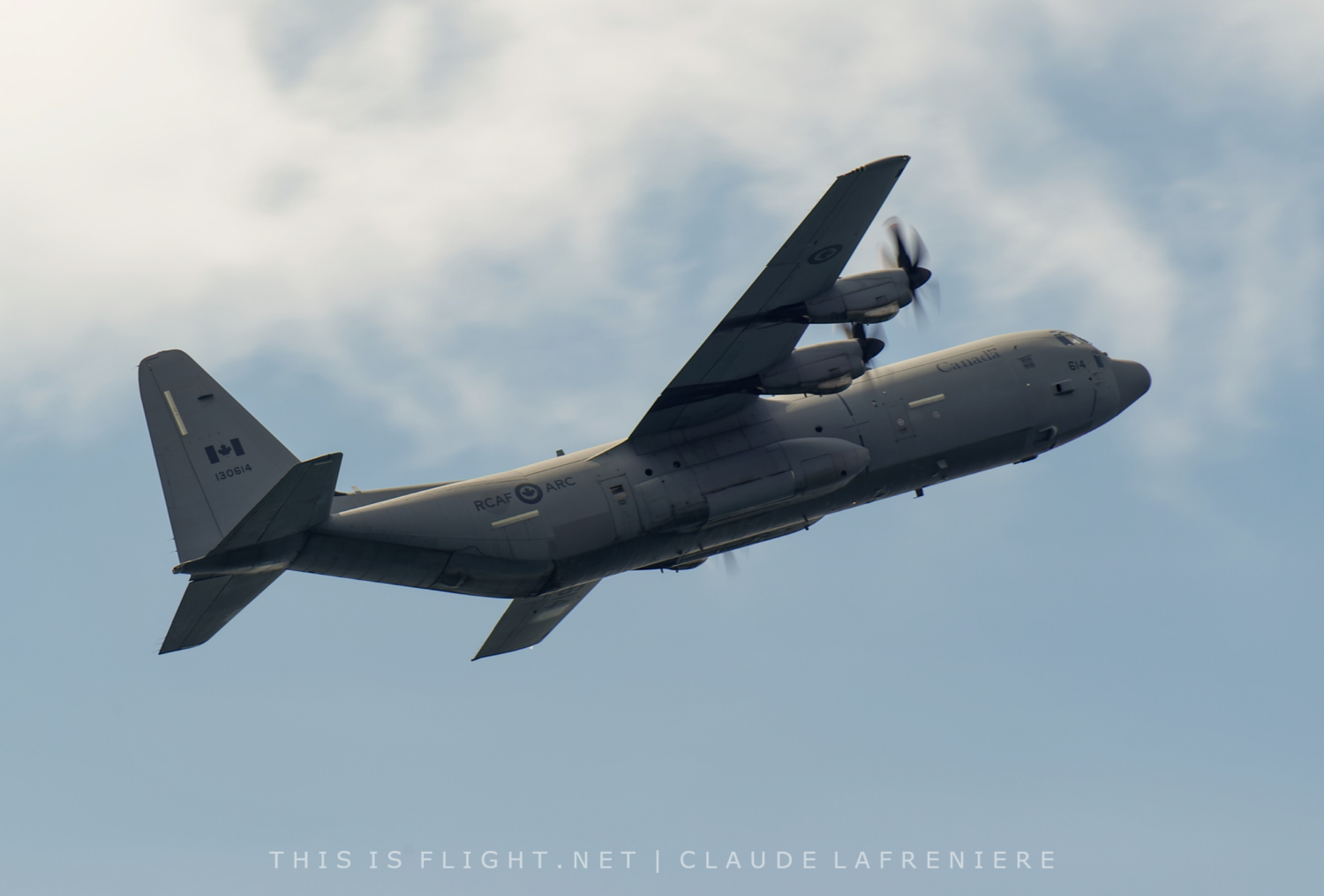 The RCAF’s CF-18 Demonstration Team returned to CIAS, this year flown by Captain Jesse Haggart-Smith from 410 Squadron in Cold Lake. This year’s display aircraft is painted in an operational grey to reinforce the theme of “Fighter Operations at Home and Abroad”, while geometric patterns on his wings are a reference to the CF-18’s namesake, the Hornet. Sadly, while the special scheme jet was flown in Friday’s rehearsals, neither it nor its spare could be made serviceable for Saturday’s show, and the standard-scheme spare jet displayed on Monday. 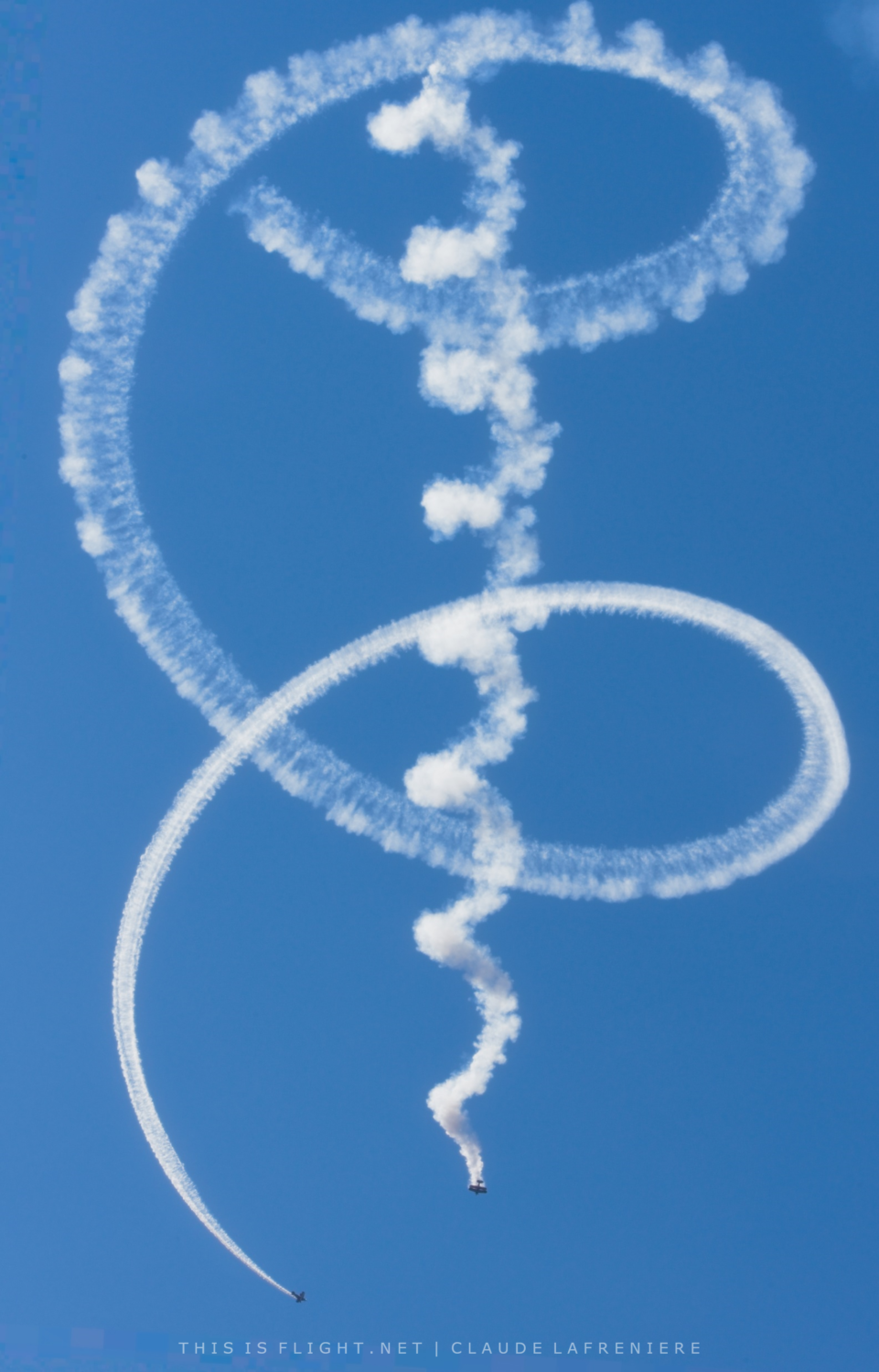 CIAS 2022 saw the inclusion of a new aerobatic team, the the Northern Stars, who are currently the only three-plane aerobatic team in Canada. Formed in 2019 by Brent Handy, they were a last-minute addition to the line up, standing in for the Snowbirds. Their formation aerobatic routine combines discipline and precision with tumbling, rolls, loops and adrenaline-filled manoeuvres such as the double vertical downward spiral that get spectators’ hearts racing. Brent also performed a very exciting solo performance, which was very different from the team’s, with low altitude, high-G and high energy manoeuvres in his Pitts S-2B.

Also new to CIAS was Lous Horschel in his P-51D Mustang “Mad Max”, while other civilian performers included Kyle Fowler’s Rutan Model 61 Long-EZ, and legendary Canadian airshow pilot Gordon Price, now aged 81. A former CF-104 Starfighter pilot, who subsequently flew for Air Canada for 36 years, Gordon represented Canada at the World Aerobatic Championships in the 1980s. He returned to aerobatic flying in 2012, displaying a Yak-50. 2022 was his final airshow season and we wish him well on his retirement. 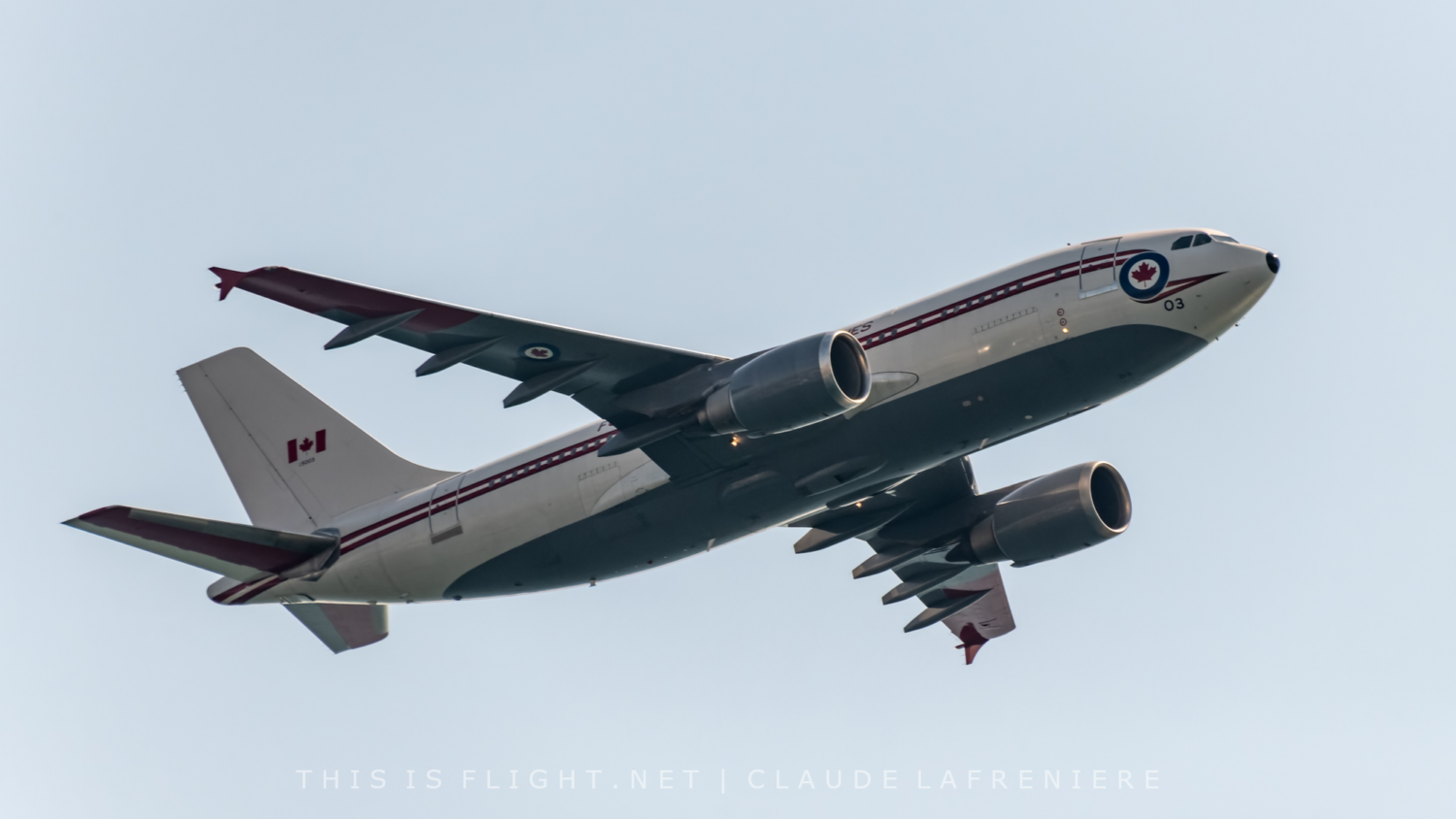 A regular at CIAS, the CH-146 Griffon from 424 Transport and Rescue Squadron from 8 Wing in Trenton performed a search and rescue demonstration, followed by two rather distant non-aerobatic flypasts by a CT-155 Hawk. A CC-150 Polaris (military A310-300 used for transport and aerial refuelling) from 437 Squadron also made two passes.

For the second year in a row, Toronto aviation enthusiasts had the chance to see the USAF’s F-35A Lightning II Demonstration Team. Now selected as the replacement for Canada’s CF-18 Hornet fleet, the demonstration sparked increased interest among Canadians curious to see our future fifth generation fighter, which was put through an approximately 18 minute display by Major Kristin “Beo” Wolfe. This year, that included an exciting new addition, as Maj. Wolfe released around 50 flares during several of her manoeuvres. This has only been approved for air displays held over water. 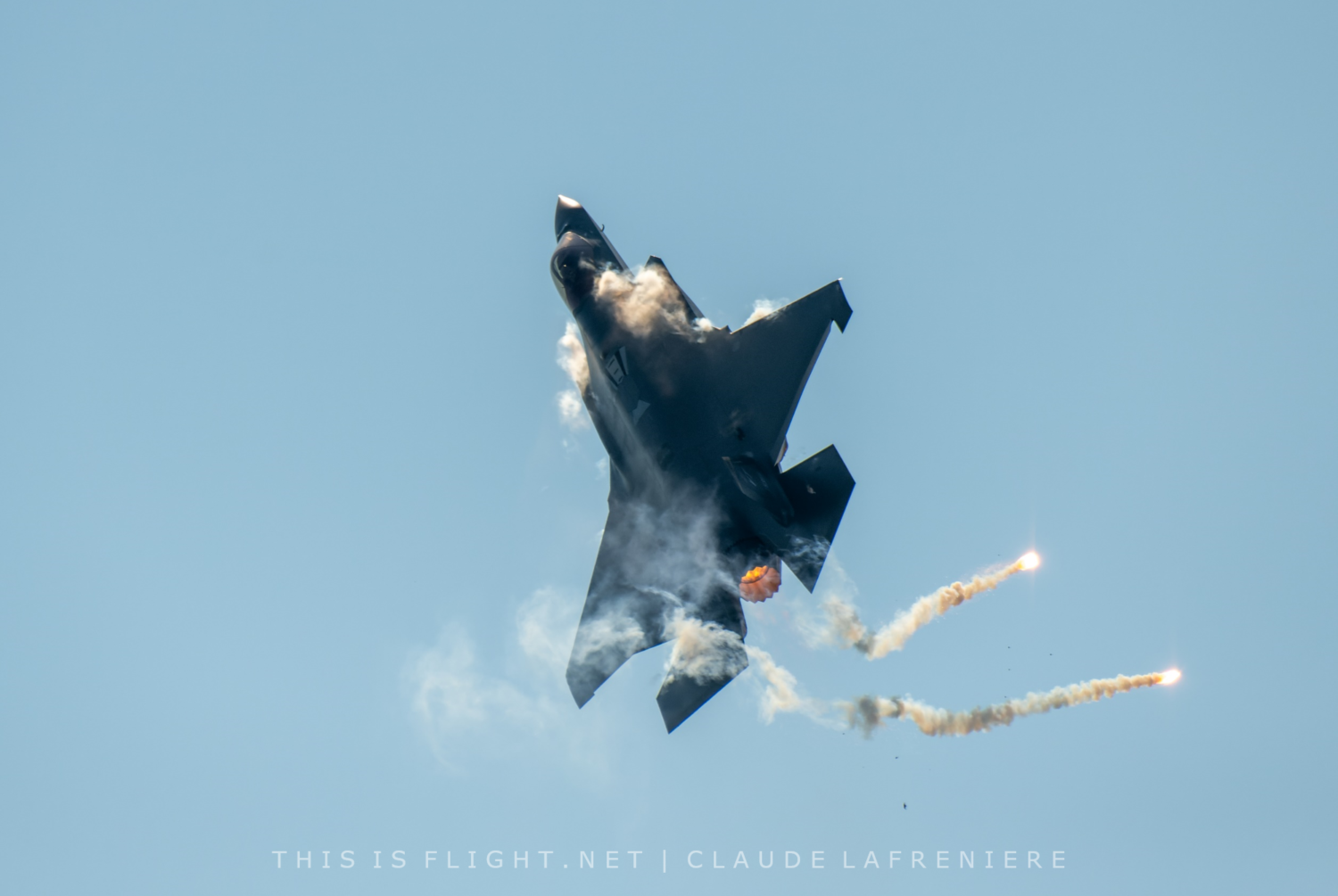 CIAS 2022 offered us another great show despite the forfeit of its flagship attraction, the Snowbirds, with performers from both sides of the border staging some spectacular performances. Public turnout was strong, despite the less-than-perfect weather on Sunday and Monday, compensating

We are looking forward to the 2023 edition, which has already confirmed the participation of the U.S. Navy’s Blue Angels air demonstration squadron.