After being cancelled due to the global pandemic last year, the Canadian International Air Show – one of Canada’s biggest aviation events – returned in 2021 to celebrate its 72nd anniversary. Usually taking place during the three-day Labour Day weekend, this year’s show went ahead in a reduced format over just two days: September 4th-5th. 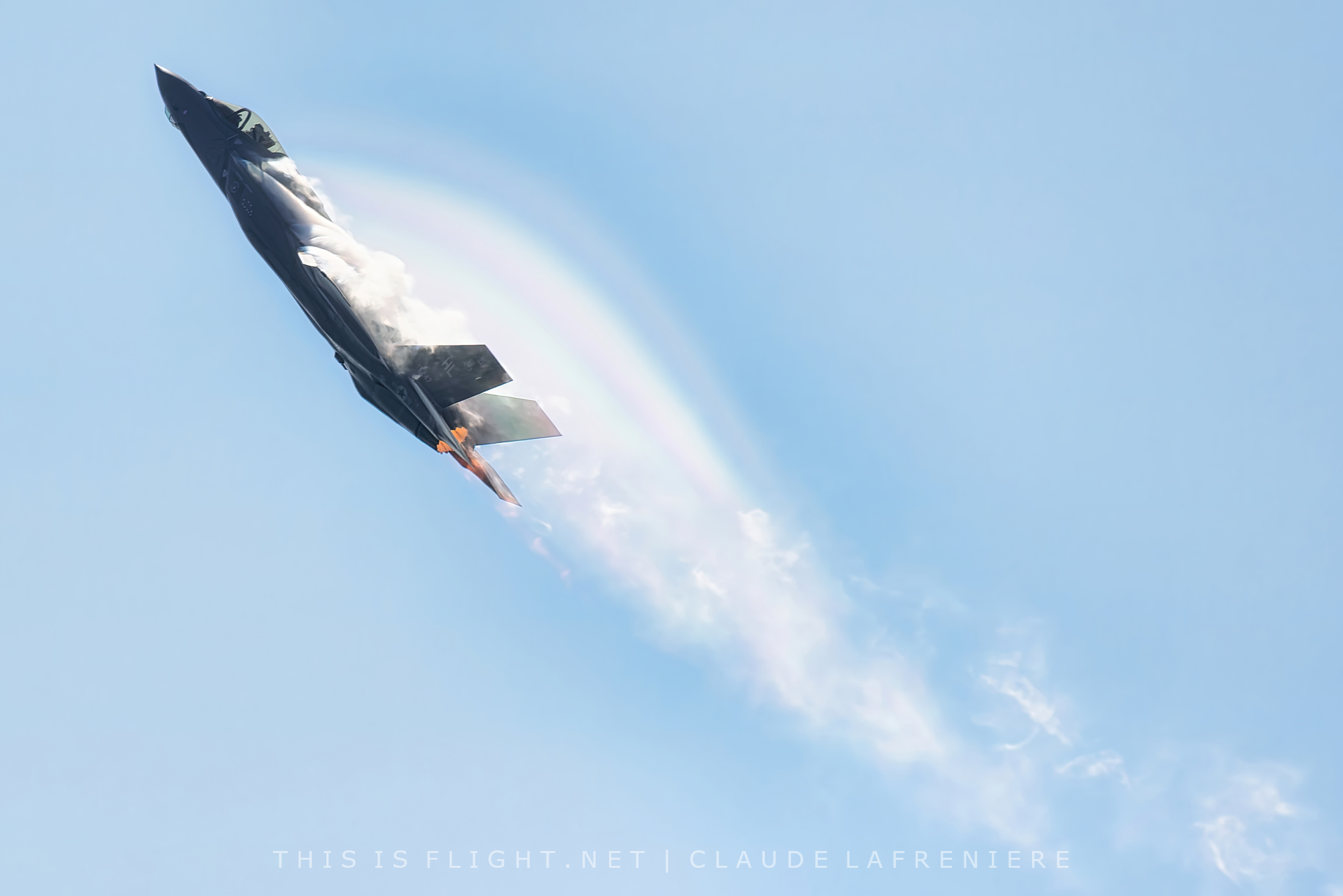 In another major change, due to Ontario’s health restrictions, CIAS was not allowed its traditional ticketed festival zone in Merilyn Bell Park on the shore of Lake Ontario, with its reserved seating, foot outlets, trade stands and narration over loudspeakers. This year’s show was free to all Canadians as a thank you for the sacrifices made over the past 18 months, and could be enjoyed from anywhere along the linear parks that line 14km of Toronto’s lakefront. The vast waterfront space allowed spectators to safely socially distance, according to the show’s organisers. This was despite the fact that attendance exceeded organisers’ expectations, with city officials estimating that more than 500,000 people saw the show on each day. Narration was broadcast continuously on a local radio station, social media and on the show’s website, and official CIAS figures indicate that over 200,000 people tuned in to these live streams each day. 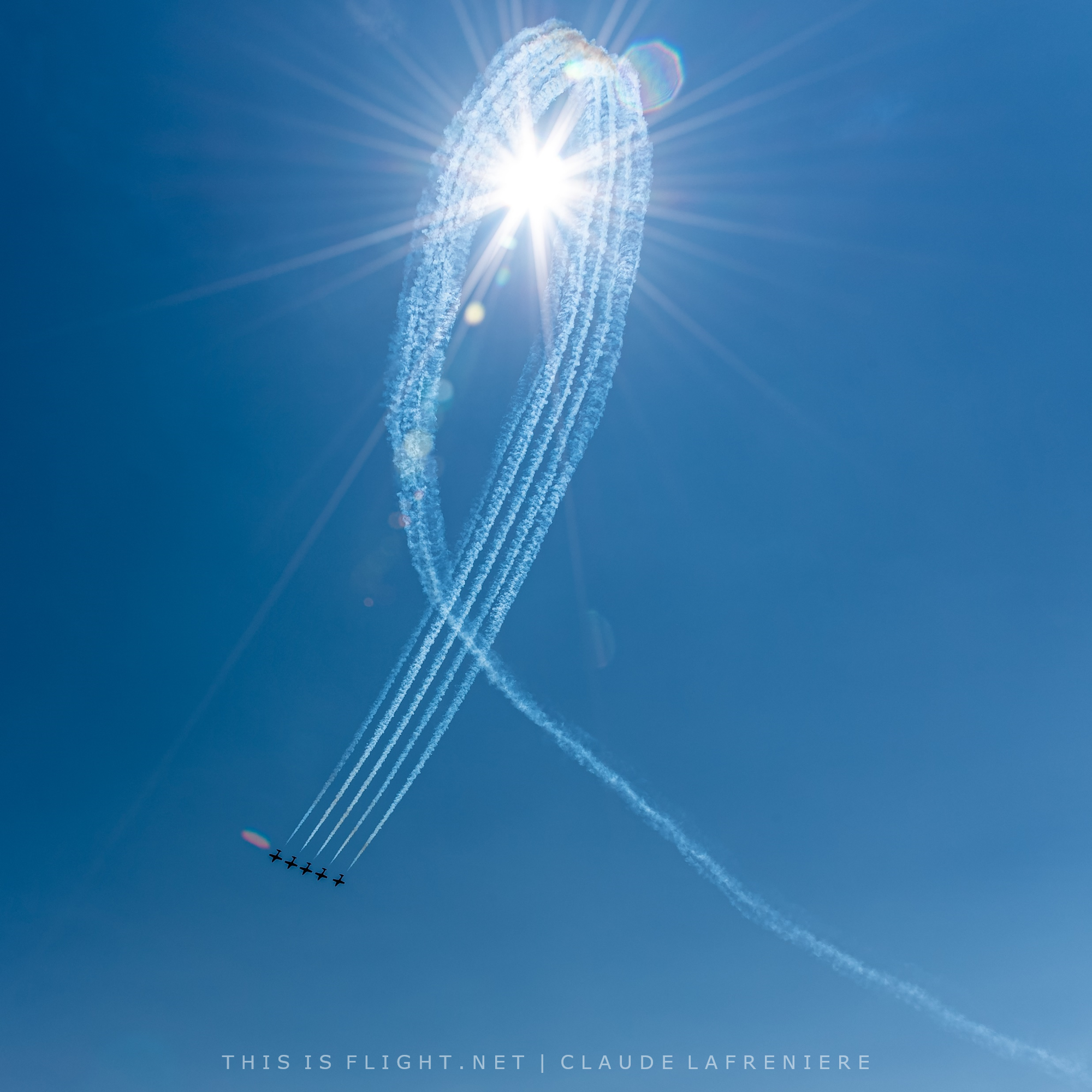 Despite the conditions imposed by the pandemic, the organizers of CIAS managed to present a list of live demonstrations that was still very impressive, if a little shorter than those of previous years, with nine performers on Saturday and ten performers on Sunday compared to 12 to 13 performers each day in previous years. 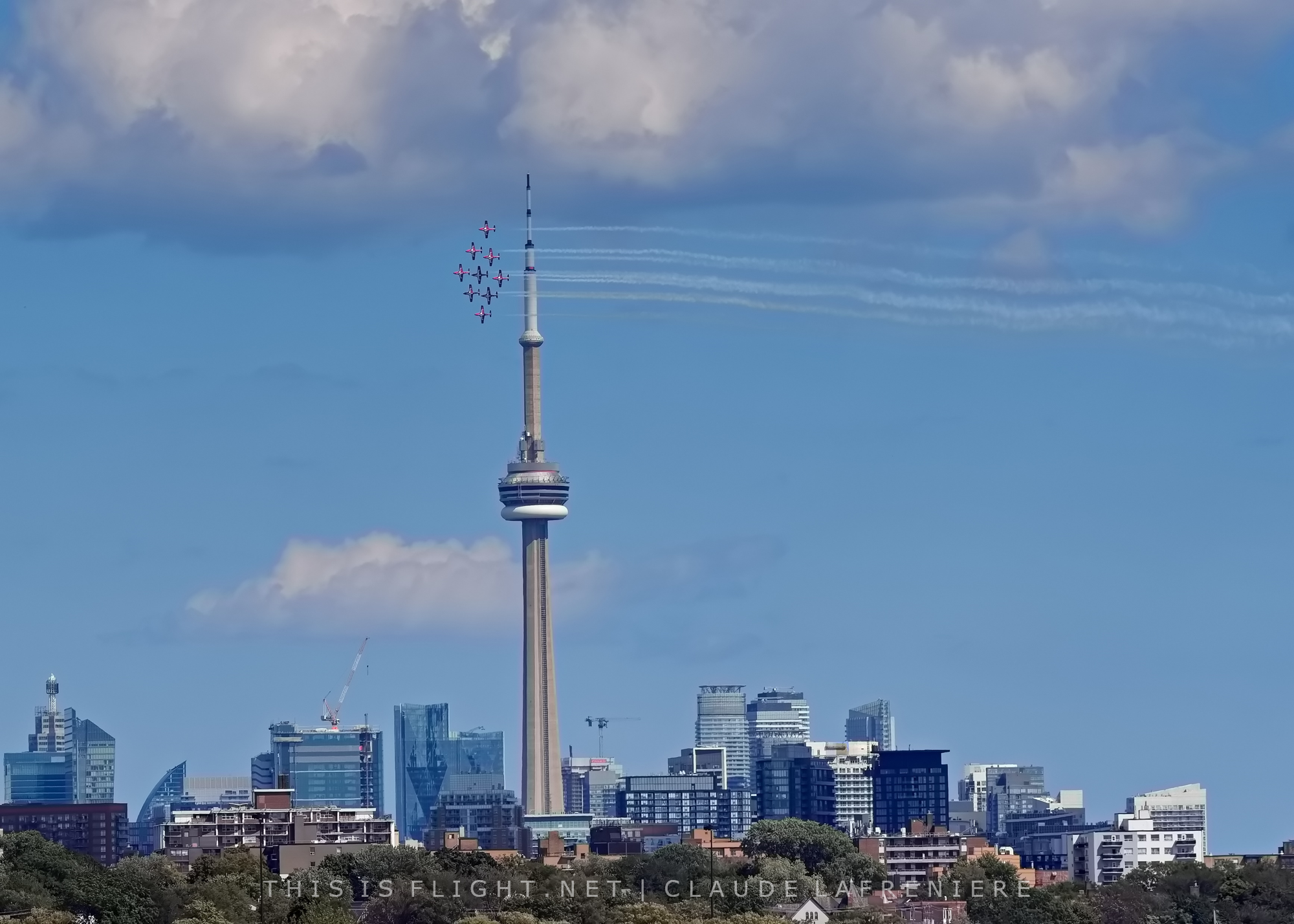 The lakefront location makes CIAS a difficult event to photograph. The action mostly takes place around 1km from the shore, while the orientation of the site forces photographers to photograph into the sun. However, this does have some advantages, and on Sunday, the blazing head and strong sun generated high levels of humidity above the lake, and photographers were treated to several rainbow patterns in the vapor generated by the two fast jet demonstrations. This included the Royal Canadian Air Force’s CF-18 Hornet Demonstration team, piloted this year by Captain Daniel Deluce. Capt. Deluce comes from a great family of Canadian aviators; his grandfather Stan was a Hurricane pilot during the Second World War and his father Joe was a professional pilot for forty years. 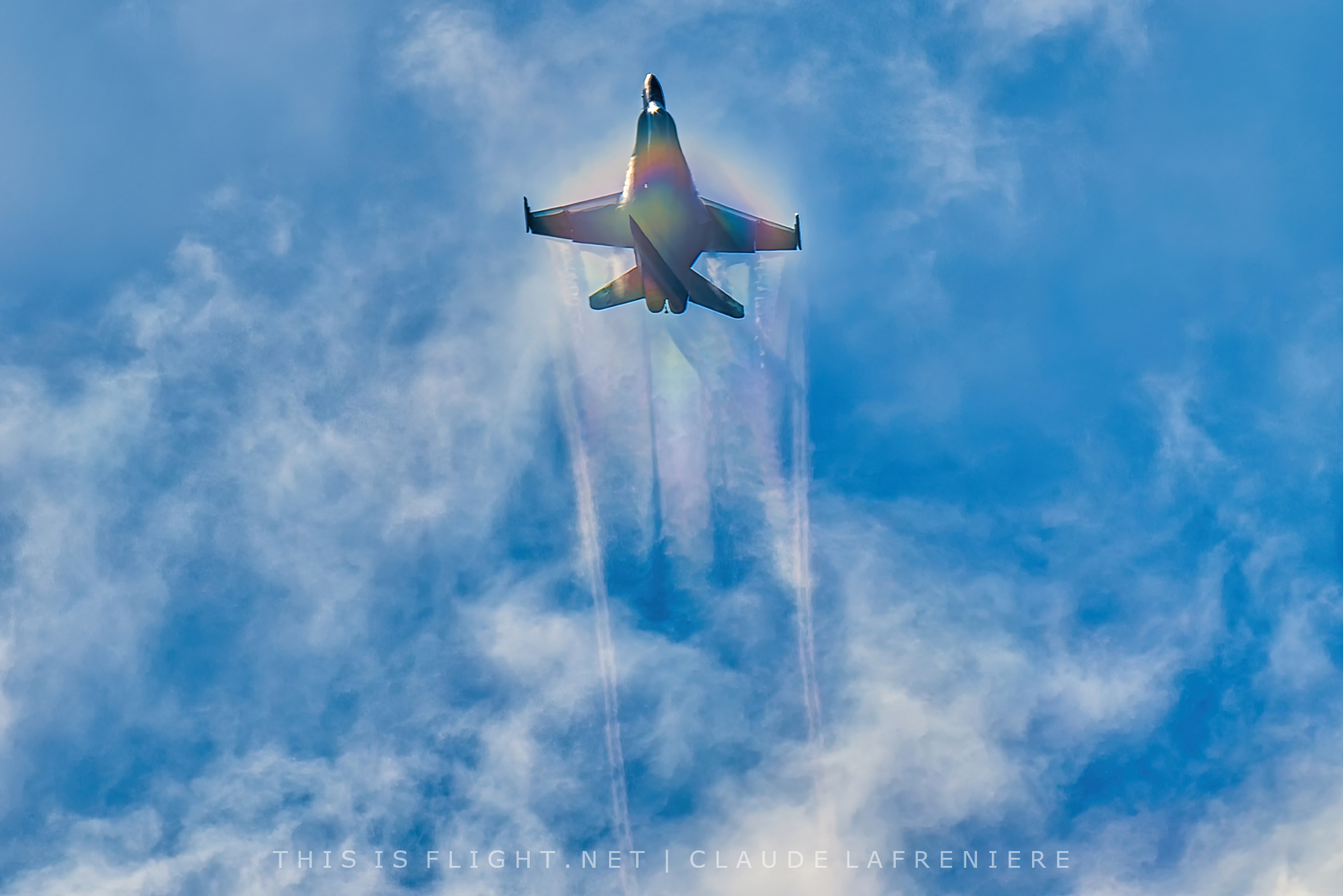 Each year the official team theme is symbolized in the special paint scheme applied to the aircraft. This year’s theme is “Strong at Home”, commemorating the commitment to operations involving the Canadian Armed Forces on Canadian soil, as well as the 50th anniversary of the Snowbirds. Unfortunately, spectators in Toronto did not get to enjoy the aircraft’s beautiful paint scheme as technical problems grounded the aircraft all weekend and Capt. Deluce used two replacement CF-18s for his demonstrations. 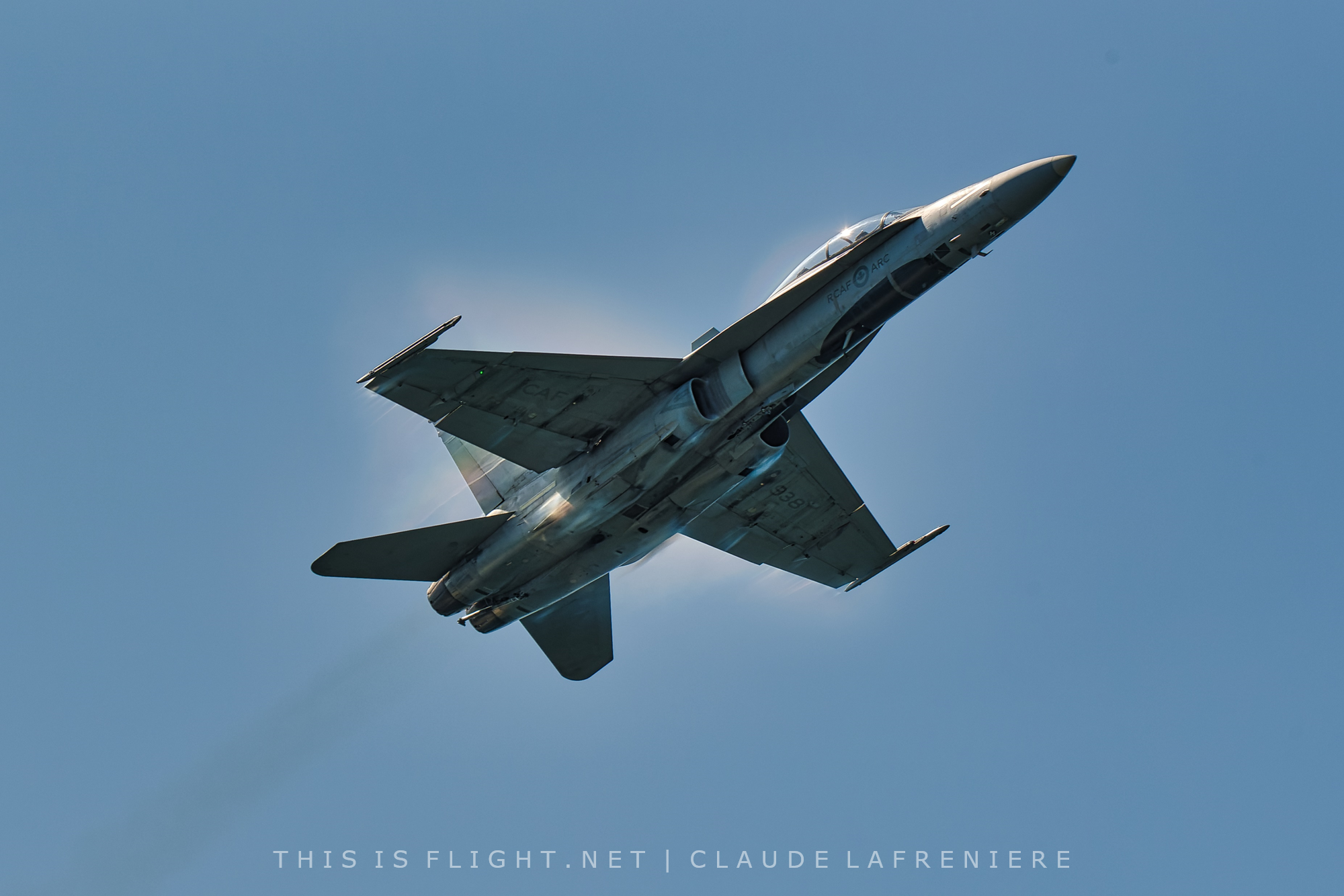 The Royal Canadian Air Force displayed several other aircraft during the show, including a CC-130J Super Hercules from 436 Transport Squadron of 8 Wing, Trenton, demonstrating its low level maneuverability. The air force also provided flypasts by a CT-156 Harvard, the variant of the Beechcraft T-6 Texan II used for the NATO Phase II Flying Training Program in Moose Jaw, Saskatchewan, and a simulated rescue mission by a CH-146 Griffon helicopter from 424 Transport Squadron. A second rescue helicopter came from the ORNGE Air Ambulance Company, with aircraft at 12 bases across Ontario. ORNGE demonstrated the capabilities of one of their Leonardo Agusta Westland AW139s, resplendent in its new livery incorporating the company’s distinctive orange with heritage blue and white. 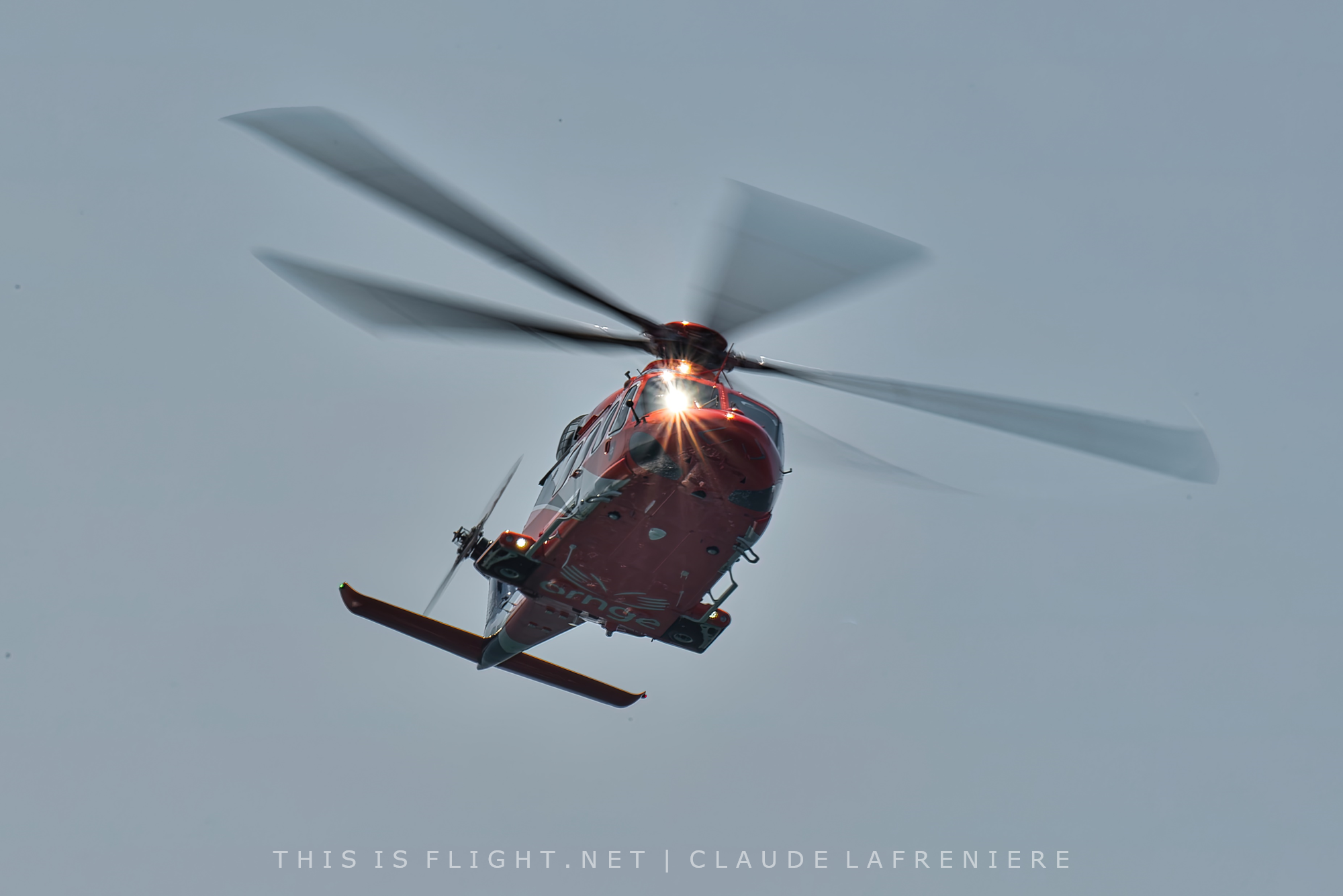 A highlight of the show was the performance of the U.S. Air Force F-35A Lightning II Demonstration Team from Hill AFB, Utah. At the controls was Major Kristin “Beo” Wolfe, a highly experienced fighter pilot with over 800 hours of flight time and qualified as an instructor pilot on the F-22A Raptor and F-35A Lightning II.

Although this aircraft is still on the short list to replace Canada’s aging CF-18 fleet, there are rumors that it will be a two-way fight between the Boeing’s Block III Super Hornet and Saab’s JAS-39 Gripen E. Given that many allied countries have massively reduced their orders for the F-35A – including the USA – and that the number of Canadian aircraft to be ordered has risen from 65 to 88 fighters, the practical reality is that the F-35A is likely no longer affordable for Canada. 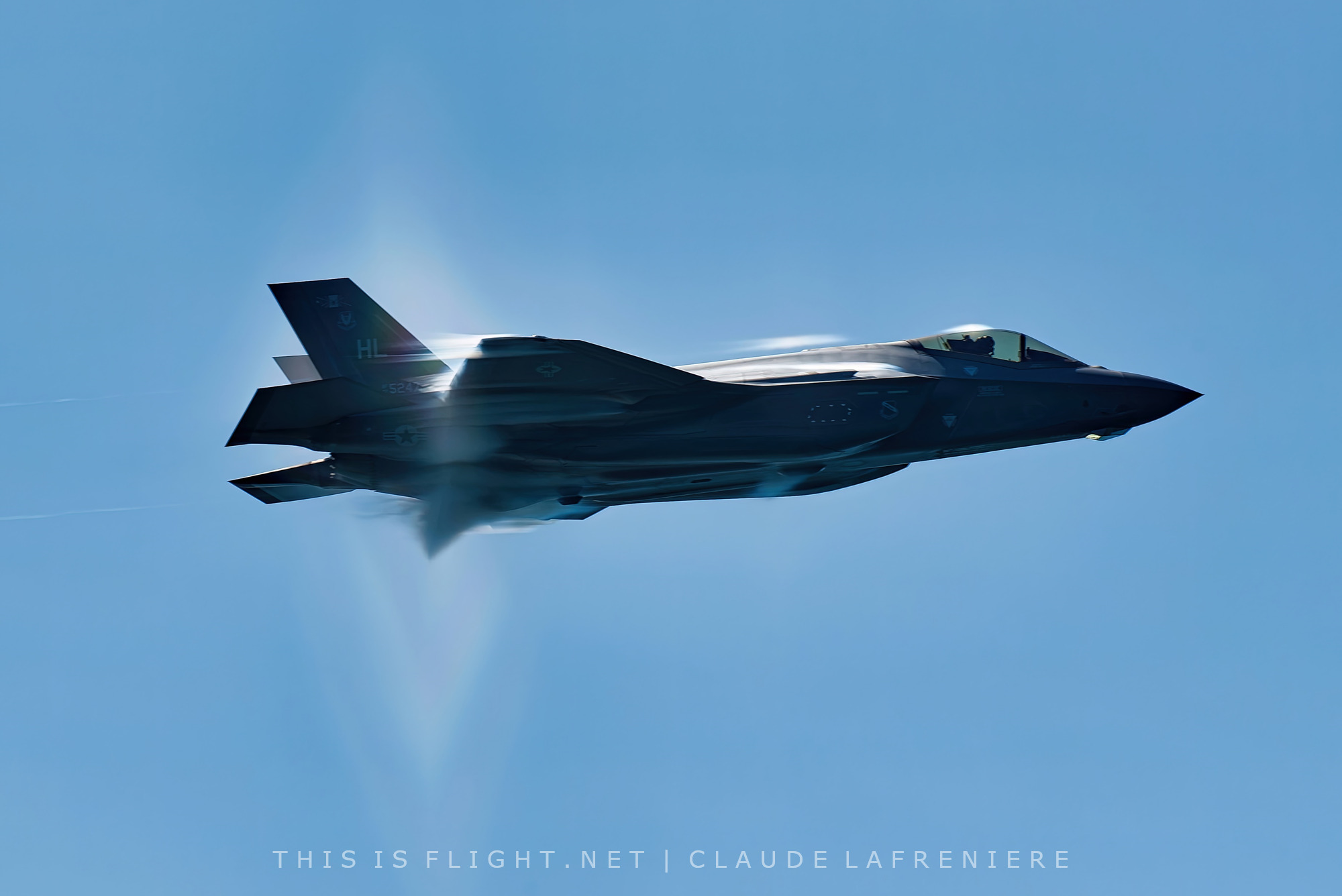 There were three classic aircraft performing at the show, including 80-year-old Canadian aviation legend Gord Price in his re-engined Yak-50. Now fitted with a Vendenyev M-14PF engine with 435 horsepower (over 70 horsepower more than the standard model), the aircraft has incredible vertical performance. We also had the rare chance to see the Canadian Warplane Heritage Museum’s 1944 PYB-5A Canso. Acquired by the museum in 1995, the aircraft has been completely restored and painted in the colours of 162 Squadron RCAF, dedicated to Lt. David Hornell, a Canadian WWII Catalina pilot who was posthumously awarded the Victoria Cross. The second and final WWII aircraft on display was P-51D Mustang “Quicksilver”, flown by Scott “Scooter” Yoak. 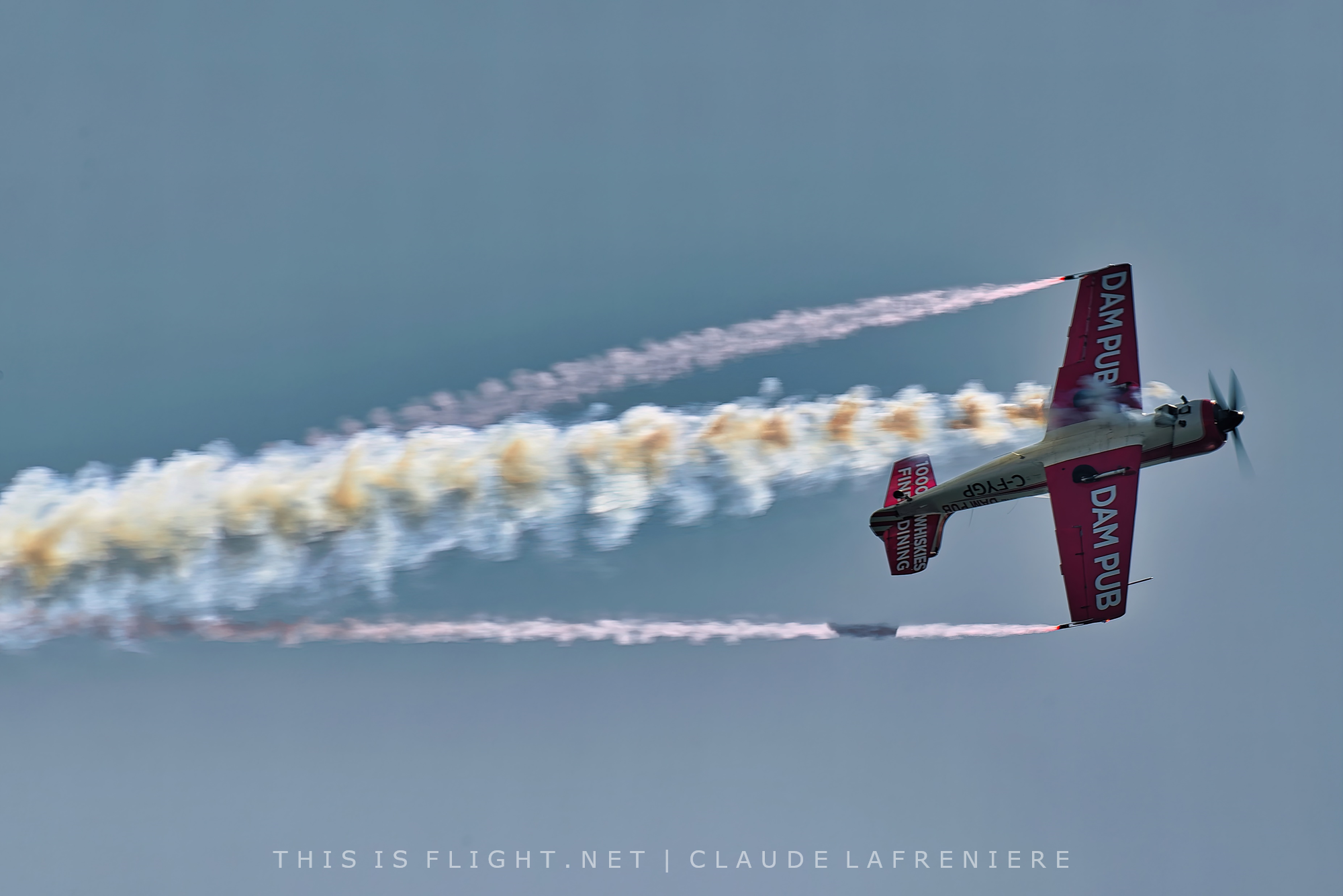 As is often the case, the last part of the show was reserved for the much-anticipated Snowbirds of 431 Air Demonstration Squadron. This year the Snowbirds are wearing a special livery with a gold stripe to celebrate their 50th Anniversary and pay tribute to the Golden Centennaires, the Snowbirds’ precursors as the RCAF’s aerobatic team. After a one-year hiatus, following the tragic accident that claimed the life of Captain Jennifer Casey last year, the squadron’s performances resumed in 2021. The Snowbirds were as impressive as expected with tight formations in graceful and precise maneuvers.

With an estimated attendance of around one million people, CIAS 2021 could hardly be considered anything other than a success, and organisers told us they were extremely happy with this year’s show. The event is due to return, bigger and better, in September 2022.