UPDATE: Since this article was published, it has been confirmed that a one-off flight has been ruled out. Preparations are being made to break up XH558 and move the aircraft by road to an unspecified destination.

Vulcan XH558, which was the world’s sole airworthy Avro Vulcan until 2015, may fly one last time as its owners have been instructed to remove the aircraft from its current home at Doncaster Sheffield Airport in 2023. 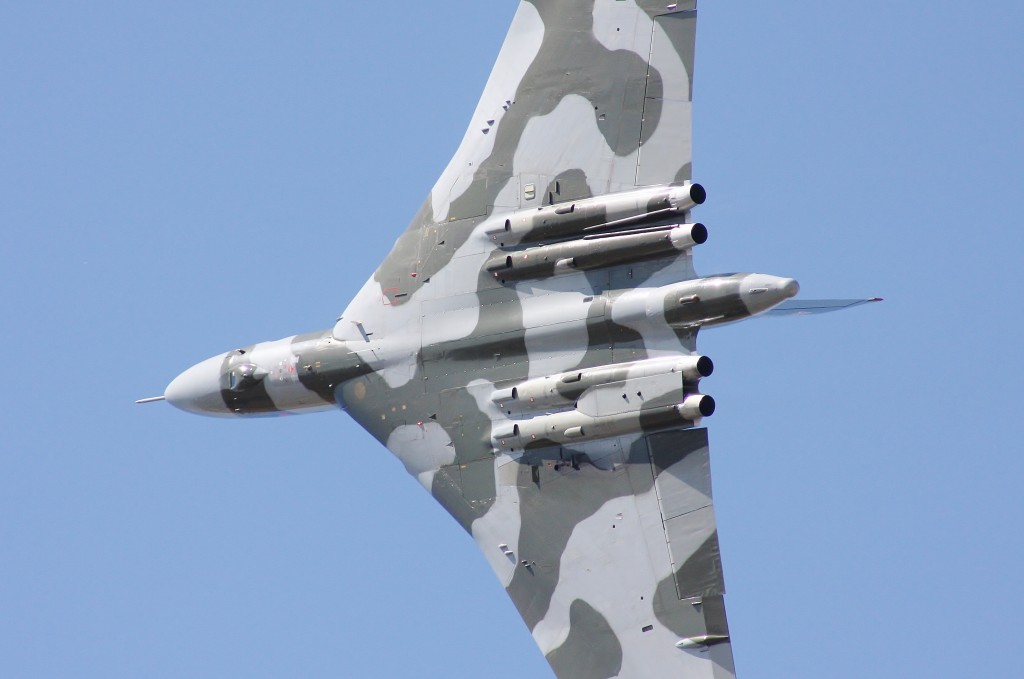 The much-loved aircraft, which was active on the UK airshow circuit in the hands of the Vulcan to the Sky Trust from 2008 to 2015. Since 2011, she has been based at a rented hangar at Doncaster Sheffield Airport – the former RAF Finningley. Although it was initially hoped that the organisation would raise funds to build a permanent hangar of their own, the Trust have now been given until June 2023 to vacate the airport.

John Sharman, chair of trustees at the VTST said in an email newsletter: “This is a blow to the Trust and will be very sad news for our supporters, but for some months we have been exploring options for XH558 to leave Doncaster. Since the aircraft was grounded in 2015, we’ve been working to build her the type of home that befits such an iconic piece of aviation history. Sadly, our latest fundraising appeal didn’t bring in the money needed to build a hangar and DSA have confirmed that she can only stay where she is until June 2023.

“As soon as we knew that our future was likely to be away from DSA, we began the process of finding a safe and permanent home for XH558.”

Two possible new homes have been identified, but an aircraft the size of the Vulcan will either need to be dismantled and transported by road, or flown to its new home. The Trust said that they were “investigating the possibility of a short ferry flight”, adding that it would be “extremely sad” to dismantle the aircraft.

“We were always told that we would not get approval for her to fly again by the CAA,” Mr Sharman said. “However, we are now in discussion with them to explore any potential way forward as if this might be an option, it’s not one that we can ignore.”

One-off ferry flight have been permitted in the past, usually under a Temporary Permit to Fly. Although XH558 has been kept in a taxyable condition, 7 years after her last flight, costly and highly-specialised work will doubtless be required to get the aircraft flight-ready again.

The Trust pledged to keep their supporters informed about the move.