The Royal Air Force has confirmed that the Red Arrows will fly just seven aircraft this year – two fewer than usual – as reports circulate that the team is to be investigated for its drinking culture. 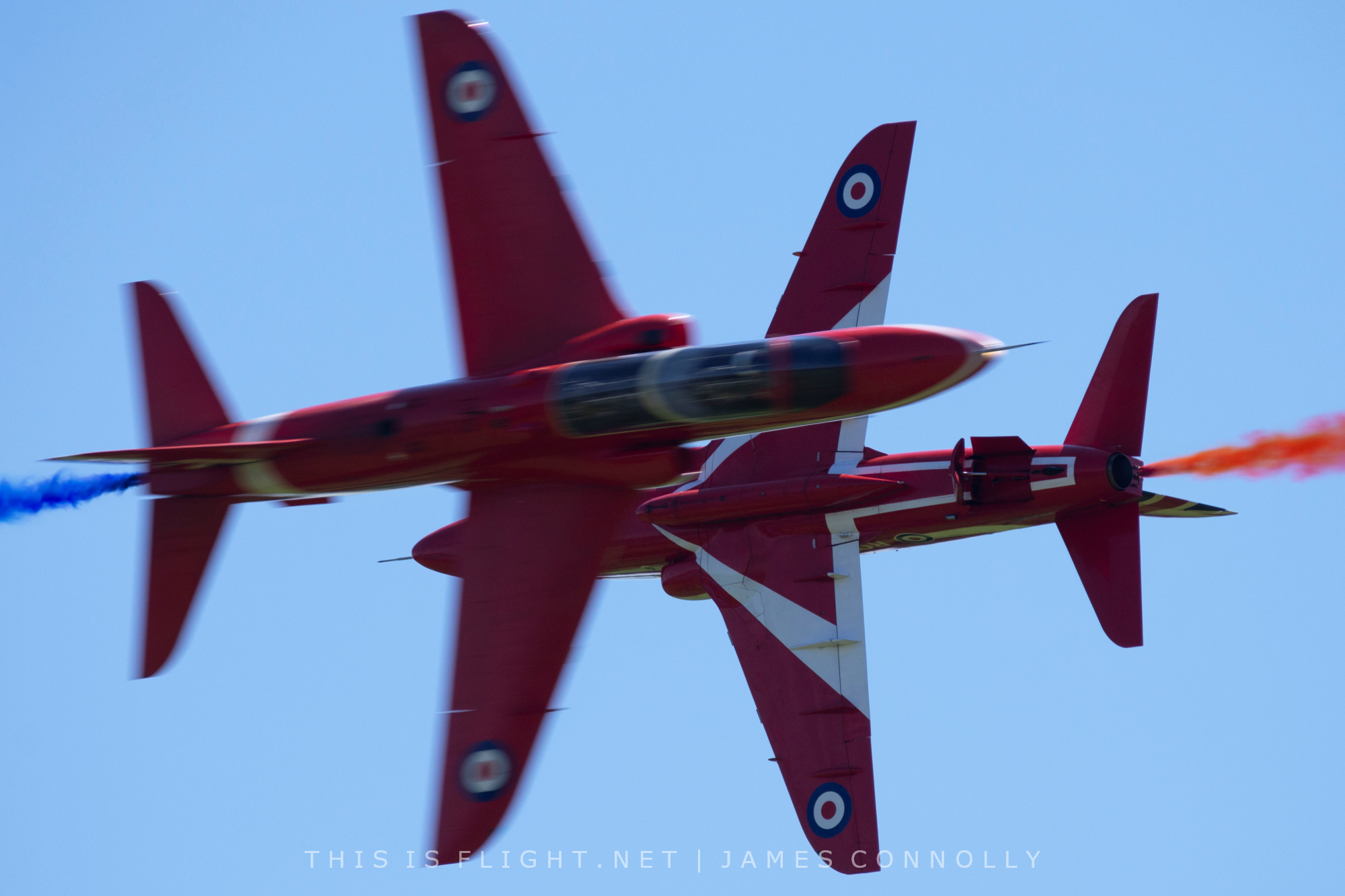 The RAF said: “This year, the RAF Red Arrows will display with a seven-aircraft formation, rather than nine, as two of our formation pilots have moved to other roles within the RAF.” For flypasts at national events, the team will still consist of nine jets.

The team have been training a reduced, shortened eight-ship routine since April, but hours before the RAF’s official announcement, the Daily Mail reported that another pilot was sent home on Wednesday 11th May, half way through the team’s annual pre-season training camp in Greece, amid an investigation into the team’s drinking culture and allegations of inappropriate behaviour.

The Mail quoted an RAF spokesperson as saying the pilot in question was “temporarily withdrawn” due to “personal reasons”.

Before the loss of a second pilot, the team had already been practicing a shortened, modified eight-ship show since mid-April. It is not clear what caused the first pilot to leave the team, but there was sufficient time to modify the display and ensure that each individual manoeuvre remained symmetrical. Several manoeuvres that could not be suitably modified were removed from the show.

The loss of another pilot just two weeks before the team’s planned debut show of the year at Le Touquet in France on the 27th May leaves them with very limited time to make further adaptations. However, the RAF promised the show would “feature all of the same breath-taking flying, dynamic teamwork and world-class precision the millions watching always expect.”

The Red Arrows last performed as a seven-ship in 2012, due to the loss of a pilot in a fatal ejection seat accident during pre-season training.