Aeroshell are a popular civilian aerobatic team from the United States flying four AT-6 Texans. They are one of the most prolific teams on the North American airshow circuit, performing most weekends from March to November. Most of Aeroshell’s performances are in the western United States, with the team performing at a mix of large airshows and smaller events, where they are often the show’s headliner. 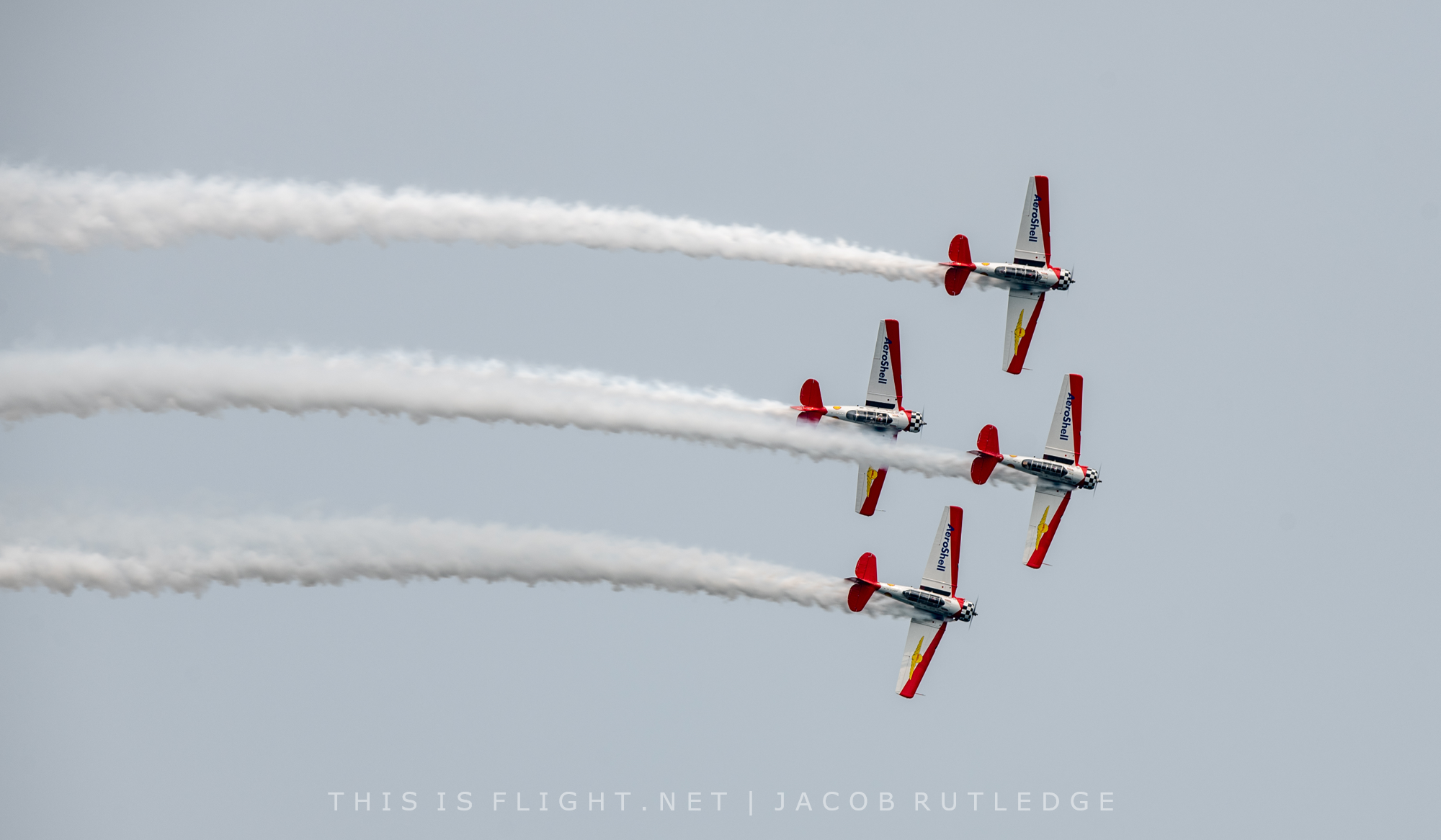