HEADCORN | A pilot for the Stampe Formation Team was killed when his plane crashed during a training flight on Sunday 9th May. 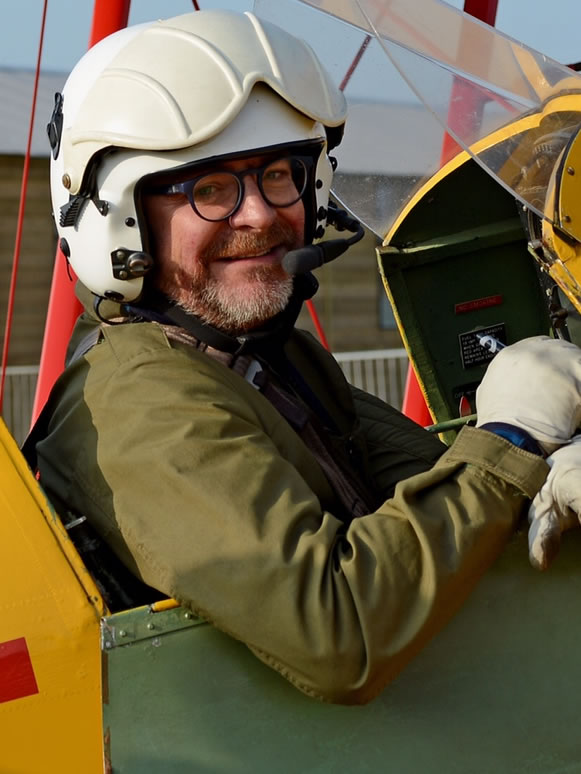 The aircraft, a 1947 Stampe SV-4C, was flying as part of a three-ship formation when it crashed in a field near the aerodrome at approximately 4:30pm, according to KentOnline. The pilot was identified as Angus Buchanan, a member of the Stampe Formation Team and owner of the aircraft since 2004.

In a statement, the team said: “It is with deepest sadness that we have to announce the death of Angus Buchanan yesterday. An active and long-standing display pilot with the Stampe Formation Team, Angus was an extremely experienced and talented aviator and an engineer with many flying hours under his belt.

“We have all lost a very dear friend who leaves a gap in all of our lives that can never be filled and all of our thoughts are now with his family to whom we send our most sincere and deepest condolences.”

The Headcorn Village Community Facebook page wrote: “Although individually we didn’t all know Angus Buchanan, collectively we feel we did. We have watched him and his Stampe friends display their skills above our heads for years. The joy they bring is palpable.“

Based at Headcorn, the Stampe Formation Flying Team comprises five pilots, but displays typically as a four-ship team. According to their website, they were due to take part in three shows this year: the Midlands Air Festival on the 4th-6th June, Headcorn Battle of Britain Airshow on the 25th-27th June and Shuttleworth Vintage Weekend on the 5th September.