EL CENTRO | The Blue Angels and Thunderbrids have joined forces for an incredible 12-ship formation, known as the Super Delta, during joint training sessions at El Centro. 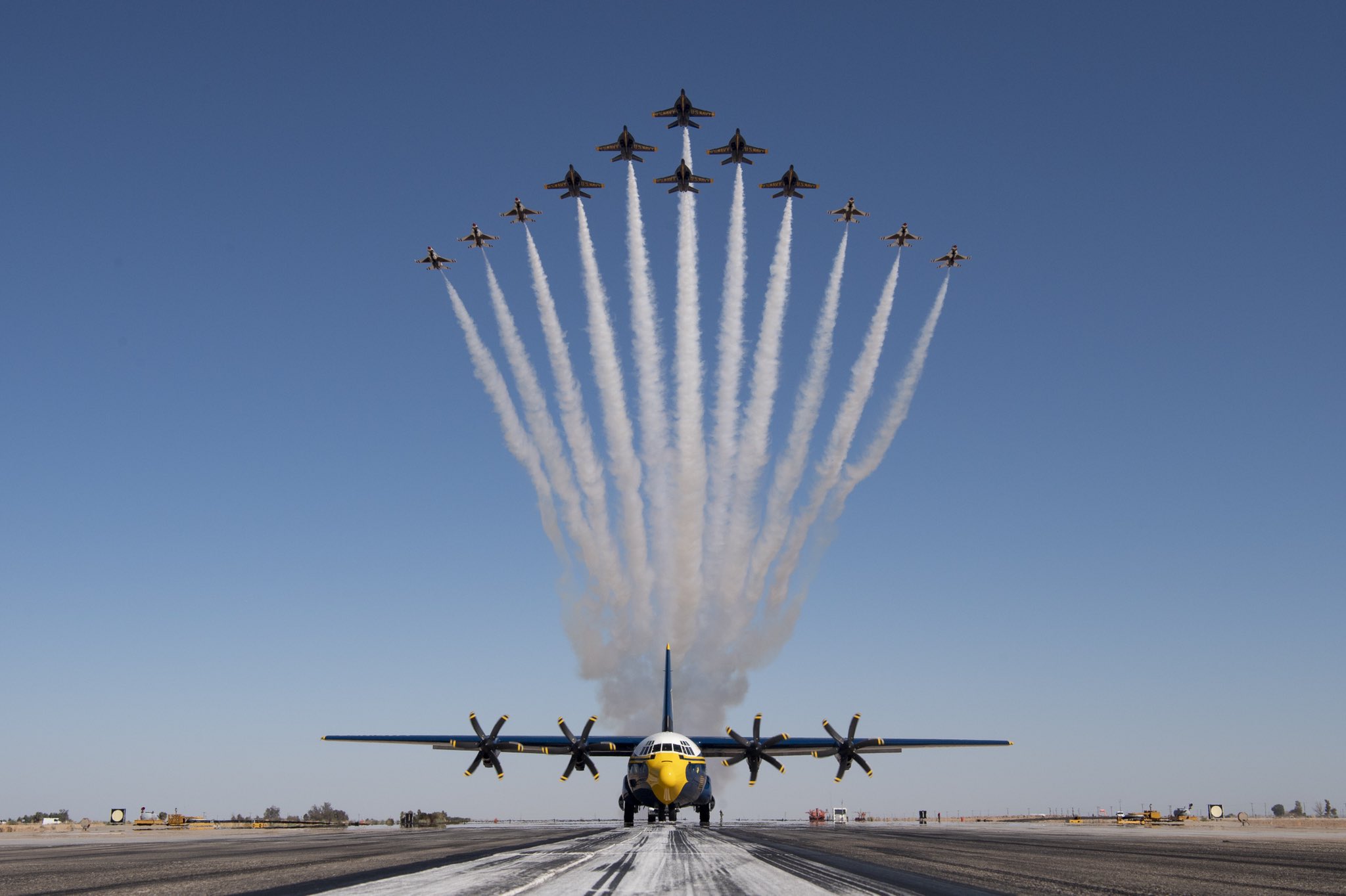 Photo: US Department of Defense

Six F-16CJs of the Thunderbirds joined together with the six new F/A-18E Super Hornets of the Blue Angels for the first time on Tuesday to perform a flypast over Imperial Valley, passing over the Blue Angels’ new C-130J Hercules support plane on the ground below.

The Blue Angels said that they will “virtually debut a full flight” on most major US news networks during the Memorial Day weekend on the 29th-31st of May. Although not confirmed, this suggests the two teams may perform a similar flyby during Memorial Day events, due to be broadcast on live television. 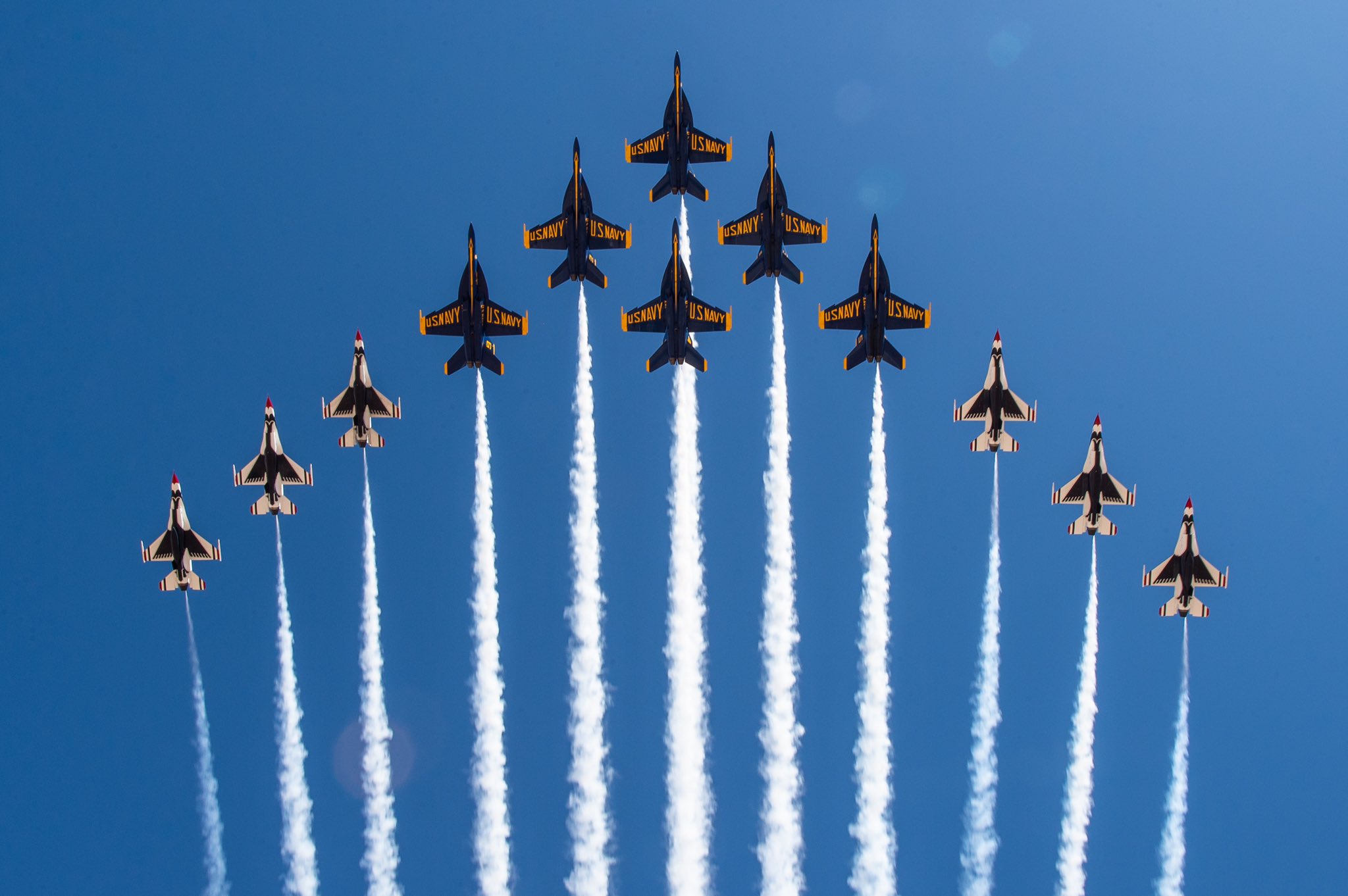 Photo: US Department of Defense

The Thunderbirds recently arrived at El Centro, the Blue Angels’ winter training base, for one week of joint training. The two teams very rarely appear at airshows together, but the camp is designed to help the two teams trade lessons learned and best practices ahead of the new airshow season. Described by the Department of Defense as an annual event, the tradition began only last year.

Last year, the two teams performed joint flypasts as part of Operation America Strong, which saw them fly over cities across the US to honour front line workers during the coronavirus pandemic. However, on that occasion, the two teams flew in a pair of six-ship formations some distance apart from each other.

Countries will multiple military aerobatic teams have often combined their teams into a single performance to mark significent events. In 2014, the two aerobatic teams of the Swiss Air Force performed a specially-choreographed, jaw-dropping 15-minute show, featuring 15 aircraft, to mark the air arm’s centenary. The Russian Knights and Swifts regularly combine to perform loops and flypasts in a single formation before the two teams perform their individual routines, and last month, the two aerobatic teams of the Indian Air Force staged a 20-minute combined demonstration for the first time, featuring nine fast jets and four helicopters.