The US Navy Blue Angels have announced their updated 2021 airshow schedule, as well as provisional dates for 2022, at the virtual ICAS Convention today. 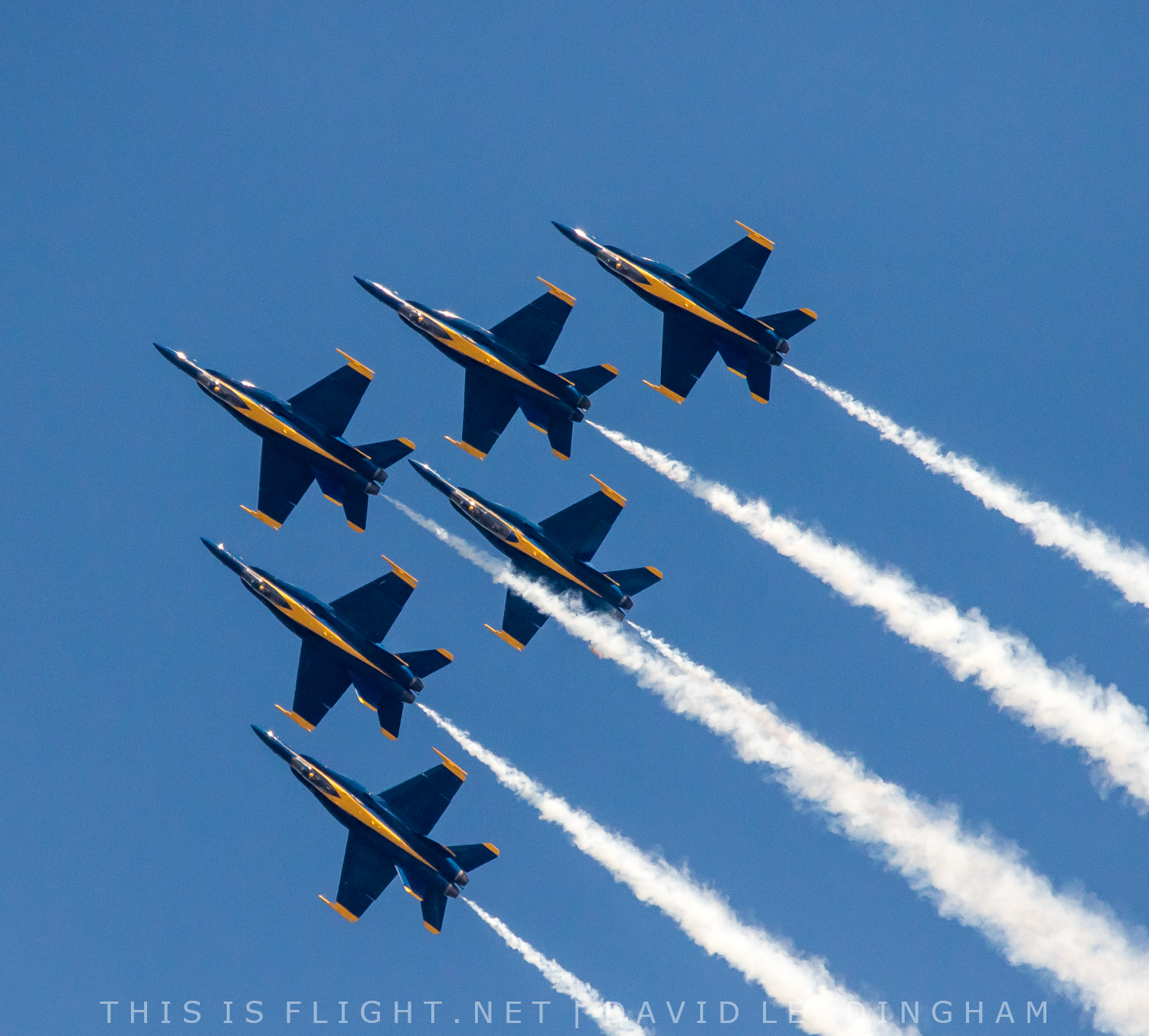 Next year will be the team’s first season displaying with their new fleet of F/A-18E/F Super Hornets, replacing their ageing Legacy Hornets, which were phased out in November of this year. They will also be debuting their new support plane at airshows next year, an ex-Royal Air Force C-130J Hercules, known affectionately as “Fat Albert”.

The new types will make their debut at a public practice at El Centro on the 13th March (although other US military teams are also scheduled to attend, suggesting this could become a full-scale airshow), followed by the NAS Jacksonville Airshow on the 10th-11th April – the team’s first official public airshow since autumn 2019. Their international debut will be at Airshow London 2021 in Canada; no other international appearances are scheduled in the next two years.

Flying six Super Hornets in their display, the Blue Angels are the official aerobatic team of the US Navy, and one of the oldest military aerobatic teams in the world, with a lineage dating back to 1946.

North American military airshow teams traditionally announce their schedules at the the International Council of Air Shows’ annual convention, which is being held virtually this year because of the coronavirus pandemic.