NORTHAMPTON | Sywell Airfield near Northampton will be the new home of Europe’s biggest warbird airshows, after the event was forced to leave Duxford earlier this year. 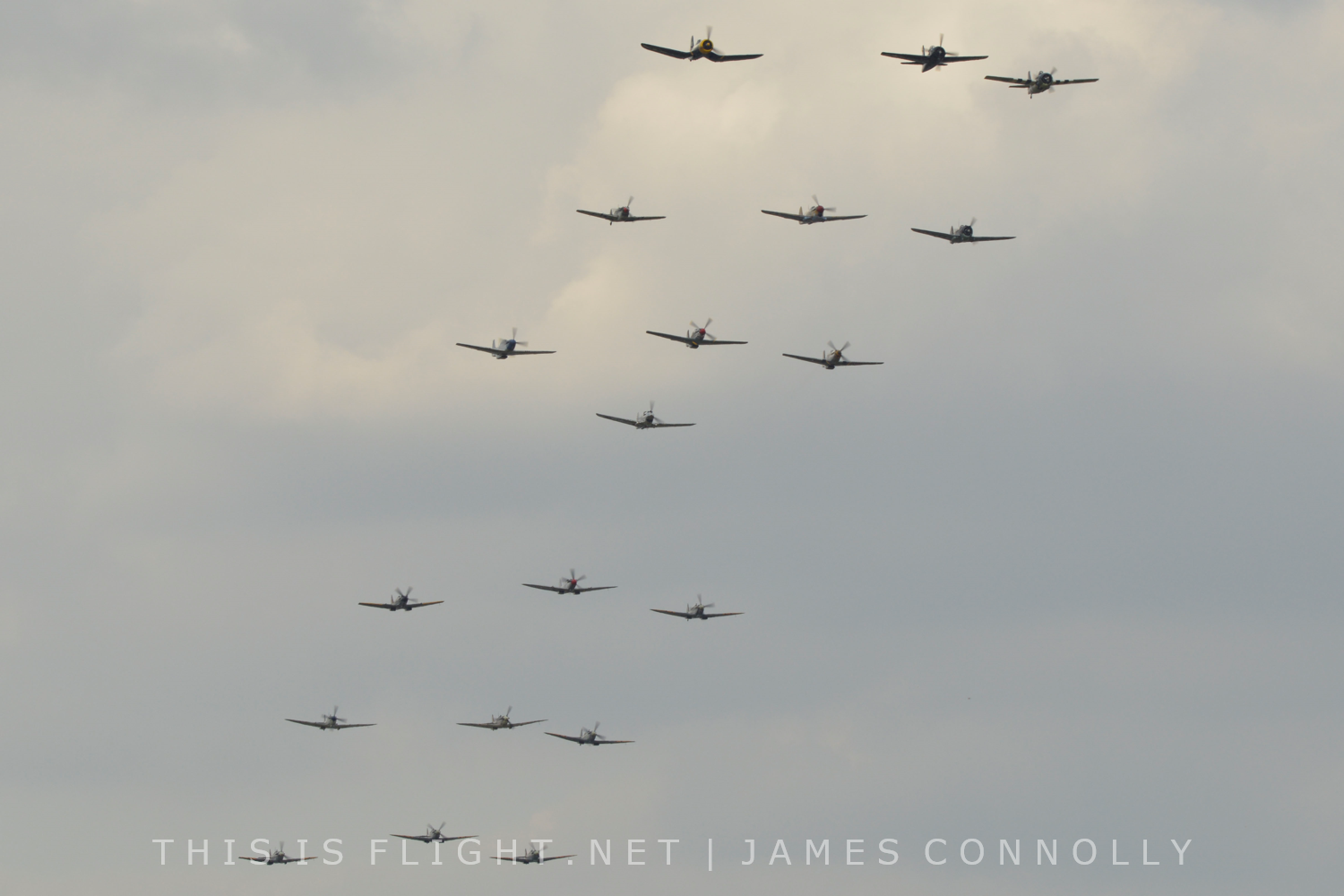 Flying Legends, which is run by Duxford-based The Fighter Collection, was left without a home in August after the Imperial War Museum suddenly decided that they would not allow the airshow to go ahead there from 2021 onwards. It is expected that IWM will host their own airshow in July in replacement of Flying Legends, to boost the museum’s revenue.

Sywell is a major warbird base which has hosted major airshows in the past – most recently in 2014. It also hosts a selection of smaller annual events, such as Pistons & Props. The airfield also houses much of Air Leasing’s warbird fleet, as well various other civilian airshow performers such as The Blades aerobatic display team.

The airfield has three grass runways – some of which may be closed to accomodate the airfield showground – and a 1,200m hard runway, as well as sturdy, permanent hangars. It is located just 40 miles from Duxford. The first edition of Flying Legends at Sywell is scheduled for the 10th-11th July 2021. 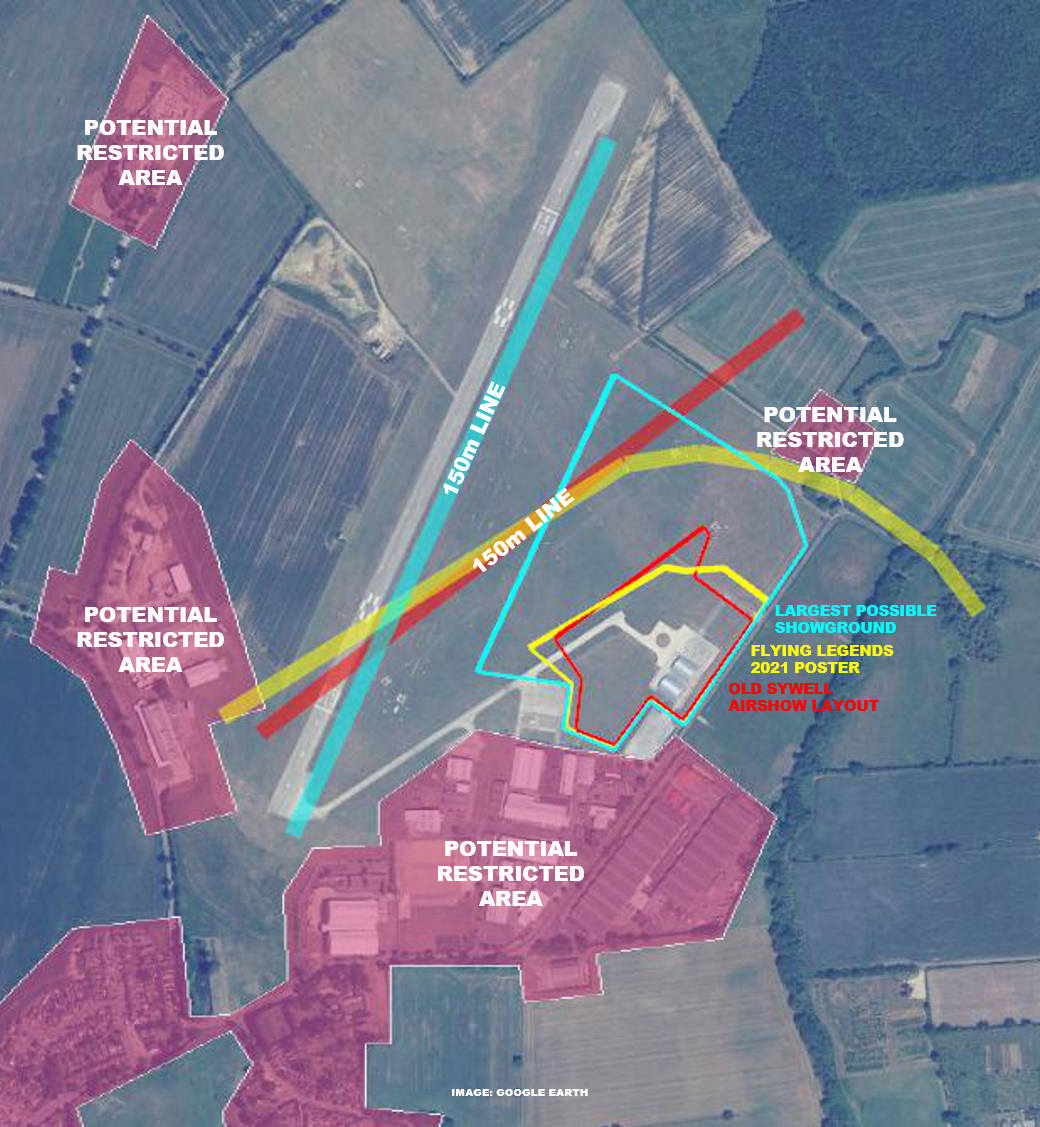 Sywell is likely to have a considerably smaller capacity than Duxford, which can welcome up to 30,000 spectators each day (although Flying Legends crowd are often smaller). Previous airshows at Sywell have had a capacity of around 10,000 visitors per day. On the map above, the old showground is marked in red. The largest possible showground is marked in pale blue – this is roughly the site layout used for the LAA Rally. This would give the crowd the closest possible view of the two parallel 03/12 runways.

The promotional poster for Flying Legends 2021 suggests a small showground (shown in yellow), roughly the same size as the old showground, but with a curved crowdline – a tantalising prospect for photographers. This layout would provide the most favourable lighting during the flying display and could allow all four runways to remain open, although it may also bring the display line close to congested areas that could be subject to additional restrictions such as minimum altitudes or a ban on aerobatics.

The longest possible crowdline length is around 500 metres – less than half of the length of the crowdline at Duxford. However, the convex shape of Duxford’s crowdline means that the display line is likely to be closer to spectators at Sywell than at Duxford. 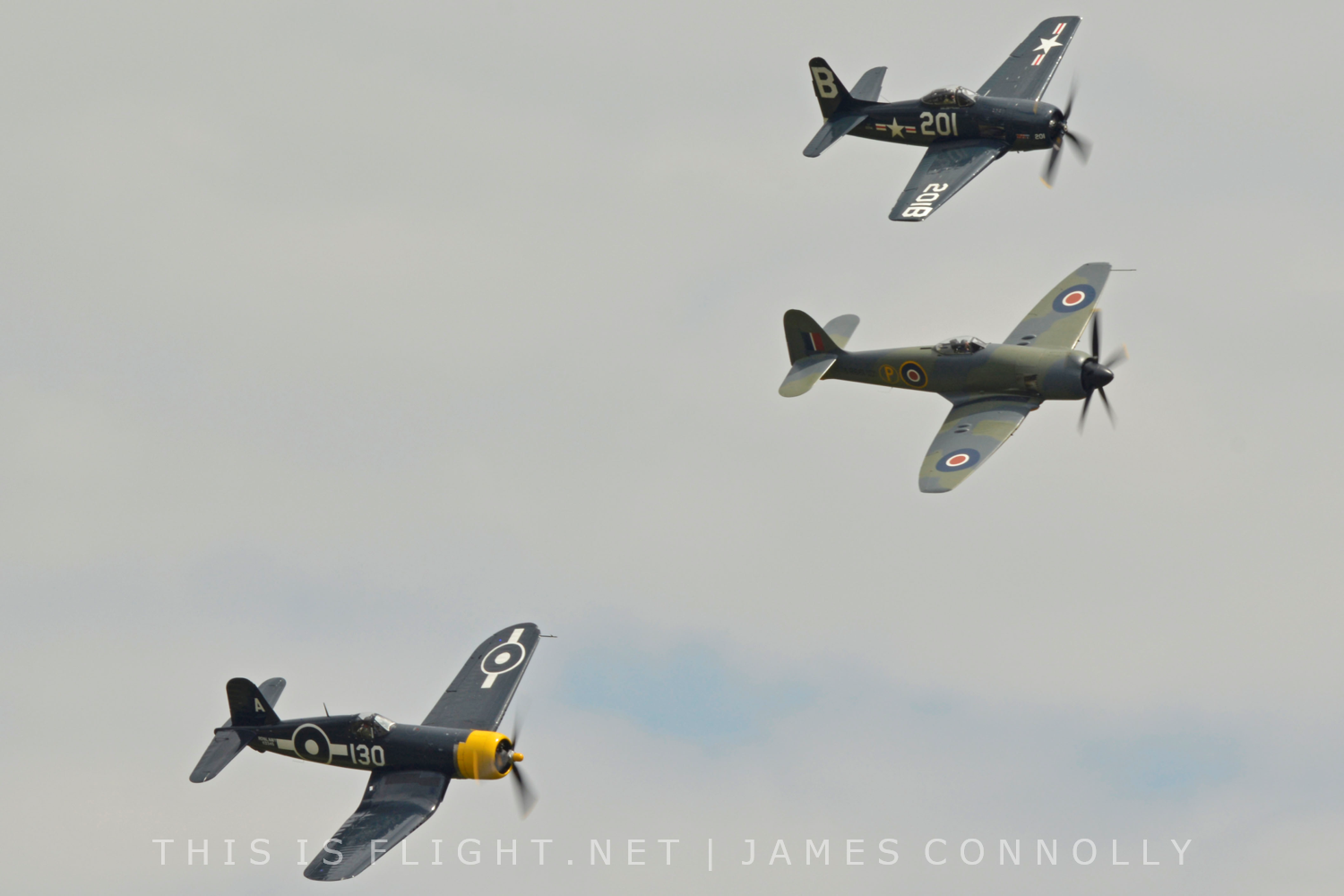 Flying Legends’ move away from Duxford was announced in a shock statement on the 25th August, leading many to speculate that the airshow may never return.

Traditionally, Flying Legends was one of three large airshows held at Duxford each year, with the other two being organised by the airfield owners, the Imperial War Museum. The Fighter Collection are one of several classic aircraft operators to be based at the site and their aircraft typically feature both at Flying Legends and at museum-run shows.

The Fighter Collection will continue to be based at Duxford.