BOURNEMOUTH | The Blades aerobatic team could be flying the GameBird GB1 next year, as guest commentator Arthur Williams announced they are set to upgrade to a new aircraft. 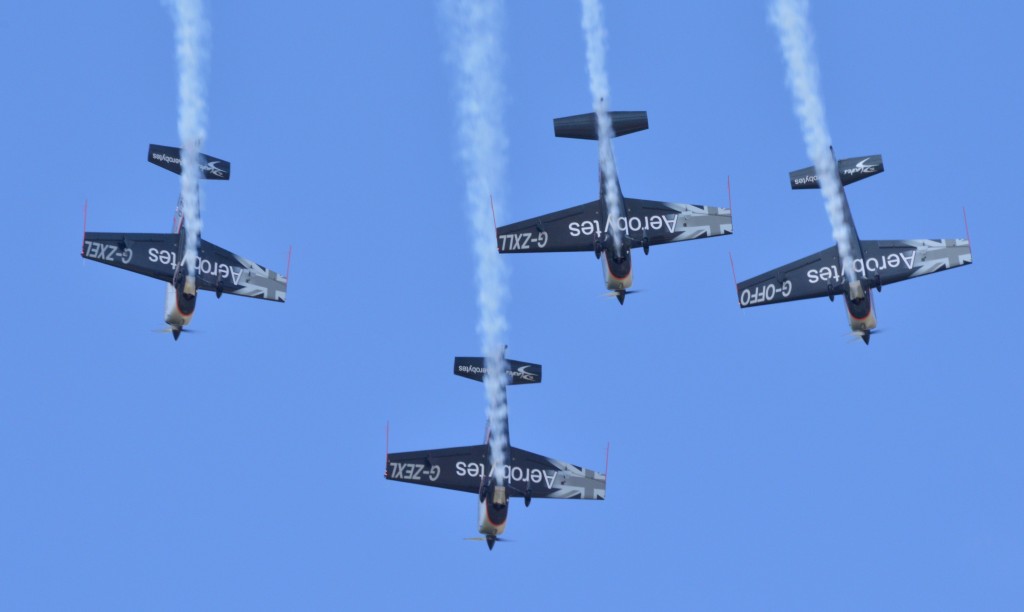 TV presenter Mr Williams said at the Bournemouth Air Festival: “It’s the last year that we’ll be working with the Extra, as we’ll be getting a nice, shiny new aeroplane as of next year.”

Although he did not mention which aircraft will replace the Extra 300, Flying Magazine has reported that the team are planning to upgrade to the GameBird GB1. The UK-designed GB1 has double the range of the Extra 300LP, allowing the team to display further afield and in more remote locations at a lower cost, according to the Royal Aeronautical Society.

The Blades, part of 2Excel Aviation have flown the Extra 300LP since they were formed in 2006, which they use both in aerobatic displays and for passenger flights. Since 2018, they have also operated a modified single-seat Edge 540 V2.